1. A surge in paternity leave

Yes Mark Zuckerberg is a rather extraordinary example (he is worth $35.7bn after all), but having a prominent businessman leading by example way when it comes to something as under-discussed as paternity leave, can go a long way. The Facebook CEO took two months of leave following his daughter’s birth, and if other firms begin to follow suit, it could go a long way in readdressing the perception surrounding maternity leave. Not to mention the difficulties in the reboarding process when parents come back from having a child.

Now awareness has increased, we should expect to see much more discussion around the topic and, hopefully, proactive measures to address the disparity. As Hassle’s CEO Alex Depledge recently said, ‘Until we make it equal for men to take part in the care of their children, women will always be the primary carer and there will always be a glass ceiling’.

2. Cash is king no longer

In 2013 PayPal predicted that cash would be redundant within three years, and at the moment that’s looking not far off the money. So, will next year mark the milestone, with purses and wallets becoming a thing of the past? Apple CEO Tim Cook thinks it might take a bit longer – though his view earlier this year was that the next generation wouldn’t know what cash is. They’ll instead opt for cashless transactions like Apple Pay, of course.

Believe it or not, a small 52% majority of consumer payments are made in cash at the moment With rising Apple Pay adoption and more people opting for contactless cards, 2016 should finally be the year we see that tipping point overcome. It’ll partly be reliant on enough retailers and businesses making the transition though – some smaller companies aren’t so keen on the fees that come with a card reader.

3. Driverless cars to step up a gear 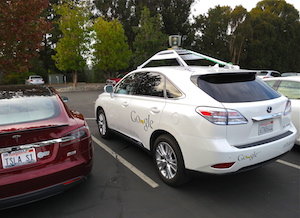 We’ve heard a lot of talk and seen the gradual progress – so gradual in fact that a Google self-drive car was pulled over in November for driving too slowly. But the battle for driverless car supremacy could well be settled, or at least the gears set in motion in 2016.

David Cameron’s government is determined to get the UK up to speed – announcing in July a £20m fund (to be matched by industry) to enable new R&D into future technology, along with a code of practice for testing the cars and a new ‘joint policy team’.

Internationally, the main stumbling block so far has been government approval. Regulators in California, where many of the world’s driverless cars are being tested, have just published draft proposals, but they’re cautious so far. They insist on a fully licensed driver being behind the wheel ready to take over if necessary.

Now Google and Ford have teamed up, 2016 could well be the year the innovators convince lawmakers of the safety of driverless cars – even if we are still a good few years away from seeing them on roads every day.

Uber has raised billions of dollars from venture capital and private equity firms this year, including another $2.1bn funding round that emerged earlier this month. While start-ups of time gone by have rushed to get themselves onto the stock market, the taxi app and several of its fellow ‘unicorns’ have remained in private hands for longer than some might consider to be usual.

But the stream of private cash has got to run dry at some point and it won’t be long before its backers begin demanding some liquidity. Going public would deprive Uber of flexibility and independence, but it might be the only way to fund its journey to true global behemoth – especially as competition hots up. An IPO surely can’t be too far away. 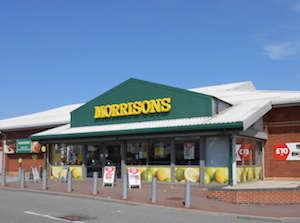 None of the major supermarkets is having a great time of things at the moment, but some are looking more precarious than others. While Sainsbury’s is the only one of the ‘Big Four’ that’s growing, Asda is backed by US giant Wal-Mart and Tesco has the purchasing and financial might that comes with controlling more than a quarter of the market, Morrisons is looking in a particularly torrid state.

Despite the competition issues it might throw up, a takeover isn’t a totally unrealistic prospect. The going rate for supermarket real estate isn’t what it once was, but perhaps a consortium of Aldi, Lidl and Waitrose could share the spoils of a dismembered Morrisons? Even if it does survive to 2017, don’t be surprised to see another round of store closures as the food price war continues to take its toll.

6. A cyber attack that really matters

This time last year, MT predicted that 2015 would be the year that boards finally begin to take cyber security seriously. Another series of attacks, most of which exploited easily-fixed weaknesses in companies’ systems, suggests we weren’t entirely correct.

But while the attacks on TalkTalk, Ashley Madison and even Bettys Tea Rooms made the headlines, their outcomes have been fairly small-scale. Cyber attacks have been getting more sophisticated (as this case indicates) and it’s only a matter of time before a big financial institution, military force or government gets seriously done over – whether it’s by terrorists, thieves or simply an angst-ridden teenager who just wants to watch the world burn.

The IPO of Purplebricks, the first ever listed online estate agent, might have been a bit of a damp squib, but MT wouldn’t be surprised to see property tech firms come into their own next year. House prices show no sign of returning to reasonable levels and even with increased Government funding, first-time buyers are struggling to get onto the ladder.

There’s plenty of fat to be trimmed from the property market, and the sometimes eye-watering fees of estate and lettings agents seem like a good place to start. Easyproperty announced it had landed another £25m funding round earlier this month, and a league of other start-ups are getting in on the action. Perhaps it won’t be long before selling your house online is the norm.

8. Amazon will make a profit

At first glance, ‘large, successful company makes money’ doesn’t exactly seem daring enough to justify inclusion on this list. Surely that’s what they do. But Amazon isn’t a normal big corporation.  The tech giant has spent twenty years pursuing founder Jeff Bezos’ growth-at-all-costs strategy - tiny margins and all surplus cash to be reinvested into the business.

The end result is that it is huge but barely profitable, making $114m (£76.5m) in profits off over $61bn in sales during the first nine months of 2015. Very often its quarterly results show an equally small loss.

This will change next year. Why? Because Amazon is really two businesses – a massive but unprofitable online retailer and a rapidly growing and very profitable cloud hosting provider, Amazon Web Services (AWS).

Market leader AWS made an operating profit of nearly $1.2bn. Until now, this profit has been ploughed back into the overall business, but as it’s growing at about 70% a year, this will quickly become too much for even Bezos to spend easily, especially when a fat dividend is what  Amazon investors have been waiting twenty years for.

9. Britain flirts with Brexit, but ends up Bremaining

Technically, the in-out referendum on Britain’s EU membership could take place in 2017, and politicians’ propensity of kicking the can down the road (London’s third runway anyone?) would seem to favour a later date. However, early in 2016, David Cameron will ‘win’ modest (and carefully stage managed) concessions from his European counterparts, which he will then dress up as something more substantial and use as justification to campaign for the UK to stay in Europe (or rather vote yes on the ‘reforms’).

With the leadership of all major parties (sorry UKIP) united behind staying in, naturally Britain’s disaffected voters will swing violently towards Brexit.

With a few months to go, the Brexiters will edge ahead of the Bremainers in the polls. The business majority calling for the UK to stay will be drowned out in the pre-election noise. At the last minute, voters will realise they’re actually terrified of change and lunge back to staying in Europe. Crisis (or once in a generation opportunity) averted, but the year of uncertainty will have proven costly to investment.

One of Britain’s most successful and enigmatic tycoons, Mike Ashley has it all – money, power, his own football club (two if you count his stake in Glasgow Rangers), the admiration of his peers...

Okay, the latter has perhaps been less forthcoming, with Ashley’s Sports Direct coming under fire for alleged workhouse conditions in its Shirebrook warehouse, for ‘shafting’ taxpayers when it closed its USC subsidiary and for its unique take on corporate governance (what’s that?).

In the past, Ashley hasn’t seemed to care, but there are signs that might be changing. Next year, the transformation will accelerate. He will become a new man, donating his fortune to charity a la Mark Zuckerberg and becoming a full time philanthropist and unexpectedly dazzling star of the social scene.

High society will swoon as it discovers that beneath Ashley’s previously guarded exterior is a wit worthy of Wilde or Shaw. Belatedly recognising him as a national treasure, the powers that be will confer upon him the title of knight of the realm. He will attend his investiture in a pair of Sports Direct’s finest white trainers.

That could happen, right?