‘Twas the night before Christmas, when all through business, not a creature was stirring, even an…erm…entrepreneur. Yes, it’s Christmastime, which means rampant commercialism, dosing up on mulled wine and alcoholic cakes, and soberly reflecting on yet another year gone by.

So put down the sparkly wrapping paper and sticky tape, grab a mince pie and huddle around for Father Management Today’s brutally honest assessment of 2014’s winners and losers.

Don’t look so surprised. Banks haven’t been hot since toxic asset bundles were in. Over the course of the year, the nation’s banks were struck with billions of dollars of fines over the forex rigging scandal as well as hundreds of millions over the earlier Libor rigging scandal.

To make matters worse, Chancellor George Osborne dropped his resistance in November to the EU’s banker’s bonus cap, which came into effect at the beginning of the year and which limits ‘variable pay’ to double fixed pay.

Don’t feel too bad for the bankers though - they’re doing alright. HSBC, for instance, recently reported nearly $17bn (£10.9bn) in profits for the first nine months of the year.

Flipside: Alternative finance. Crowdfunding continues to expand as everyone from Boris Johnson to the Eden Project get on the alternative bandwagon.

One by one, the rivals to Britain’s two biggest airports have fallen in the race to get a new runway. After Boris Island sank in September, it’s down to Heathrow vs Gatwick. Both Gatwick boss Stewart Wingate and Heathrow top dog John-Holland Kaye put their cases to MT, as the fight gets scrappy.

Who’ll win when it’s announced after next year’s election is anyone’s guess, but most money is on Heathrow gaining altitude.

Hot or not? HOT (unless you bought a £2m pad in London around summertime)

The first half of this year was dominated by a housing boom centred on London and the south east. By September, the UK's annual house price inflation had soared to 12.1%. Tighter mortgage lending rules enacted over the summer helped deflate the bubble, however, and by December, prices were falling in places.

If you happen to live in a mansion (or a Kensington bedsit), matters got worse when Osborne introduced a reform to stamp duty in his Autumn Statement that dramatically increased the costs for expensive properties. It’s been good news for housebuilders like Berkeley Group and Persimmon, but the slowdown will catch up with them eventually.

One word, four syllables and $25bn. Yes, Alibaba launched the most expensive IPO in history in September, soon thereafter becoming the world’s most valuable retailer, although Walmart’s millions of employees might disagree. It’s been a good year generally for floatations, with the likes of TSB and AA also making a decent public splash.

Self-made billionaire Mike Ashley has never been one to play by the rules, but this year he’s gone a little...AWOL. In January, his firm Sports Direct bought a stake in retailer Debenhams, only to sell it again days later for a tidy profit. Then, he took out a put option on the retailer’s shares, essentially betting that the price would go up, as well as buying back the original 4.6% stake. Following this? Good.

The shares then went down, but that meant Ashley’s exposure actually increased, as it would oblige him to buy more shares in the firm, possibly helping Sports Direct secure its four lucrative concessions in Debenhams stores. Which may or may not have been what he wanted all along.

In the same year, Ashley successfully fought for his right to a bonus and then turned it down, made a punt on Tesco’s stock rising (that one may not have worked out so well) and gained control over struggling Rangers football club in a series of byzantine board room manoeuvres and tactical loans.

William Wallace would have been mightily miffed to learn that his kin rejected separation from the auld enemy in this year’s referendum. A badly handled ‘nae’ campaign allowed the ‘ayes’ to edge ahead at one point in the polls, but widespread concern from Scottish business about the economic impact of independence helped scupper their chances.

It might have been a good thing too. The plunge in the oil price may not have hurt an independent Scotland as badly as it currently is Russia, but it would surely have led to a dour Christmas in Holyrood. 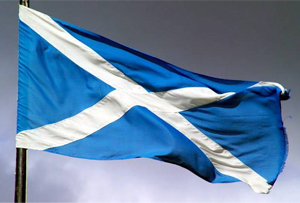 Arranging your business affairs to legally minimise your tax bills is so hot, everyone’s at it. This year, big US multinationals Apple, Amazon and Starbucks have all come under fire for the way they organise their affairs.

Matters tensed somewhat when the International Consortium of Investigative Journalists revealed how PwC had helped over 340 firms reduce their bills by reclocating (usually tiny) parts of their businesses to Luxembourg. PwC tax boss Kevin Nicholson got a parliamentary grilling, while George Osborne included proposals for a ‘Google tax’ in his Autumn Statement.

Whether matters can change while the tax code remains as complex as it is and while there’s no international standardisation of tax codes remains to be seen. 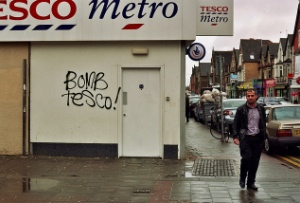 This one’s a whopper. Tesco’s fall from grace became apparent pretty soon after Terry Leahy left in 2011, but this year it’s been precipitous. A prelapsarian expansion into vast out of town superstores left it dangerously over-exposed in a market that’s looking more and more for convenience - both on and offline.

The price war between the big four has ground profits into a fine powder, while low-cost rivals Aldi and Lidl have eaten into its market share. Repeated profit warnings have battered it, but what’s really damaged the firm’s reputation and share price (at 184p before Christmas, it’s dropped 45% over the year) has been the Serious Fraud Office investigation into its accounting practices.

Chairman Richard Broadbent and several directors have either gone or been suspended as a result, and new boss Dave Lewis faces a tough task to get the firm back on track.

Flipside: Aldi and Lidl have gone from strength to strength, upping their combined market share from 6.8% to 8.3% by October this year.

So there you have it. There are at least as many lumps of coal in 2014's stocking as presents, but don't let tales of woe spoil your Yuletide. The New Year beckons hopefully, so be sure to check back for MT's uncanny predictions for 2015 in between all those festive brandies. Merry Christmas.