At time of publishing, Dara Khosrowshahi was sitting on a job offer to be Uber’s new CEO. He's since confirmed, but who could have blamed him for taking a moment to think about it? Khosrowshahi will be swapping the relative comfort of Expedia, the travel giant he’s run since 2005, for the absolute maelstrom that is Uber*. 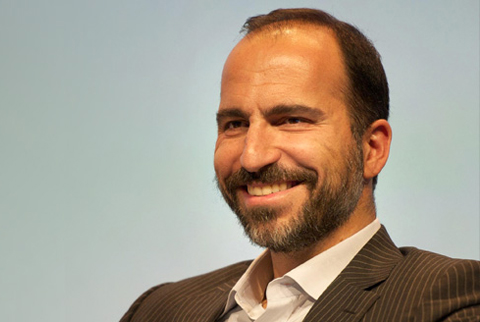 Uber is as controversial as it is impressive, as loathed as it is loved. It’s been bombarded by taxi-driver lawsuits, wracked with a sexism scandal, even deleted by celebrities over its dealings with Donald Trump. With former CEO Travis ‘Rhino-hide’ Kalanick forced out by the scandals but still lurking on the board, you’d be forgiven for thinking this was a poisoned chalice.

But never underestimate the power of a good leader to turn things around. Khosrowshahi has impressed at Expedia, and if he can overcome the ride-hailing app’s big three challenges, he may just be able to do the remarkable and rehabilitate Uber. Stranger things have happened.

In February, a former employee blasted Uber over endemic sexism and sexual harassment, in a well-publicised blog. The story ultimately marked the beginning of the end for Kalanick, whose own utterances (he once referred to the company as ‘Boober’) made him appear like part of the problem rather than part of the solution.

Khosrowshahi is well-placed to set a new tone. A consistently popular CEO, he has a track record in promoting gender equality at Expedia, where 50% of the workforce and 35% of the leadership team is female, and where there is no gender pay gap for equivalent roles.

This might seem like an easy one – just stop doing controversial things. The flow of negative headlines would begin to ease, and social media campaigns like #deleteUber would be a thing of the past.

Sadly it may not be so straightforward. Uber has been so controversial for precisely the same reason it’s been so successful. Kalanick relentlessly pursued a strategy of expand first, ask questions later. He’s a ferocious lobbyist, but knew that he could only hope to win the arguments over regulatory grey areas and workers’ rights after Uber had become firmly part of its users’ (read: voters’) lives.

Khosrowshahi ultimately still needs Uber to become too-popular-to-fail at great pace, so he cannot hope to eliminate all controversy. He can, however, be a little more diplomatic. Look at airbnb for instance – it articulates a much more positive message than Uber around the sharing economy and connecting people, while facing many of the same issues with regulators and incumbents.

It’s never easy to take over from a founder, particularly one as popular (internally) as Kalanick. It’s all the harder when that founder was forced out, and next to impossible when he’s not actually left the building. Kalanick remains on Uber’s board, and there has been speculation that he’s biding his time for a Steve-Jobs-esque return once the scandals have calmed down.

Khosrowshahi cannot afford to become embroiled in the same faction-politics that have wracked the board in the past. He needs to be able to work with Kalanick and the other investors in a constructive way, while establishing clear boundaries. None of this will be easy.  It’s hard to imagine the former CEO will be content to watch from the sidelines. But don’t forget Khosrowshahi was offered the job by the unanimous vote of the board, including Kalanick. For the time being at least, it seems the various parties are giving him a chance.

*It does come with its perks, of course - Uber will reportedly have to cough up around $200m for Khosrowshahi, to make up for lost stock options etc.