House prices may be a big deal to, like, everyone at the moment - but not Bank of England governor Mark Carney. He couldn't give a fig that the average price of a home in Hackney has now breached the half-a-million mark: he's made quite clear that what he cares about is household indebtedness. Specifically, mortgage repayments.

So have his 'cooling measures', designed not to reduce house prices but to reduce the size of loans borrowers are offered, had much effect? The measures - which include limiting the amount consumers can borrow to 4.5 times income and 'stress tests' to see if they could still pay off their mortgages, should interest rates rise 3% - were introduced as part of the Mortgage Market Review (MMR) in April. This  morning the Council of Mortgage Lenders published its monthly figures showing mortgage borrowing in June.

According to the figures, total gross lending grew 6% to £17.9bn between June and July, up 20% on June last year. So are Carney's cooling measures having an effect?

'We now feel confident that, as we would hope, the MMR effect is more gentle dampener than a hard brake... lending levels should continue to increase modestly over the course of the year.'

But what of those on the most vulnerable rungs of the ladder? They seem to be doing ok, too... 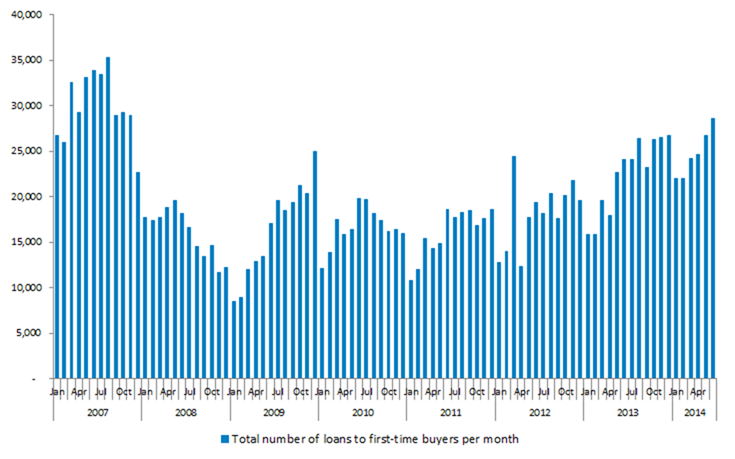 In June, 28,600 first-time buyers took out mortgages, 7% more than the month before and 19% more than last June. The amount they borrowed - a crucial measure of the efficacy of the cooling measures - also rose, to £4.2bn. That's 11% higher than in May and 27% higher than June last year: a pretty steep rise, all things considered. 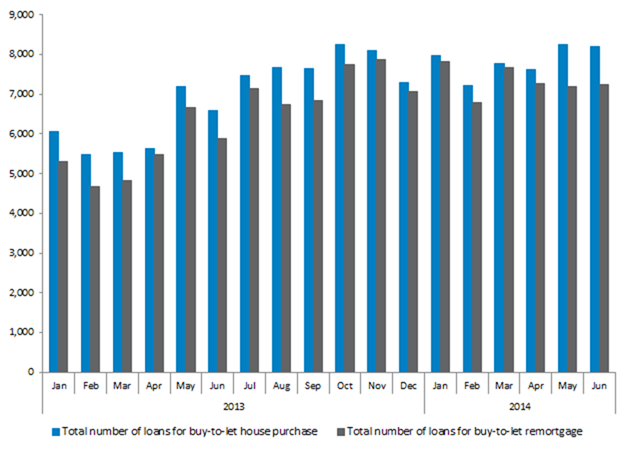 For a while there, it looked like buy-to-let was going out of fashion - but the sector has bounced back as those with money to spare plough it into the cash cow that is property. Thus, the number of people borrowing under buy-to-let schemes hit 15,600 in June, admittedly almost the same number as in May - but they borrowed £2.2bn, 38% higher than last year. 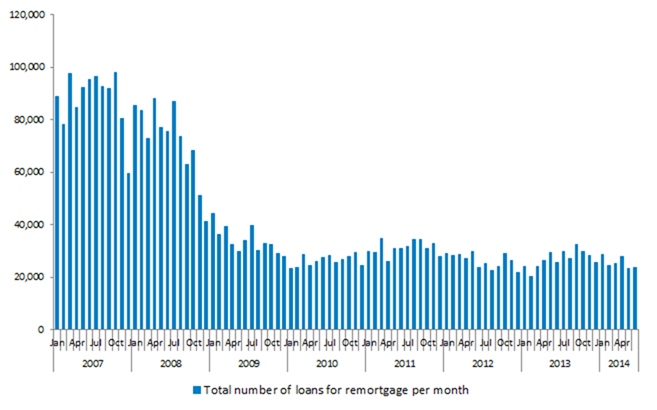 If buy-to-let is one end of the borrower spectrum (ie. those with cash to spare), remortgages are the other end - people who, for one reason or another, need some extra money. Of course, consumers don't always remortgage their house because it's urgent - it could be that they want some money to invest in  redecoration, or a new project. But on the whole, these are the borrowers least likely to pass banks' stress tests.