Why anything is possible

A belief that they can achieve whatever they set their minds to has helped propel this year’s 35 Women Under 35 to stratospheric career success. By Kate Bassett. 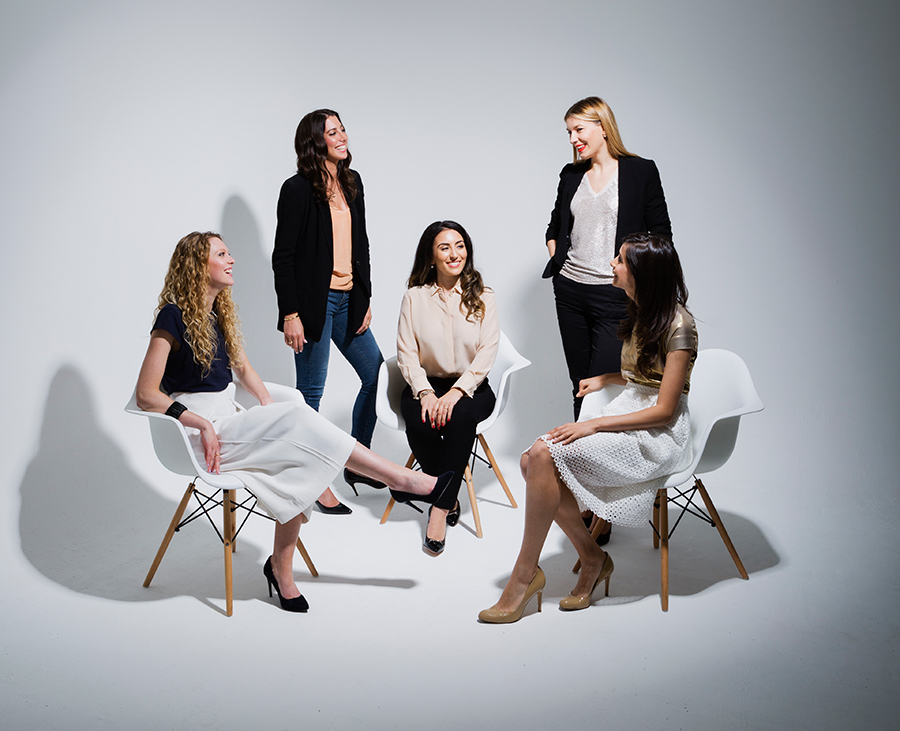 Evghenia Burlac (below) was born in Moldova, which has the unhappy distinction of being the poorest country in Europe. Both her parents worked long and hard in what was then part of the old Soviet Union – her mother was a doctor, her father an architect. So Burlac would split her time between her home town of Chisinau and Kirov in Russia, where her grandparents lived. ‘Every day was a fight and a struggle but my parents made sure I had every opportunity,’ she says. ‘They instilled in me a determination to succeed, to be positive, to be the best.’ 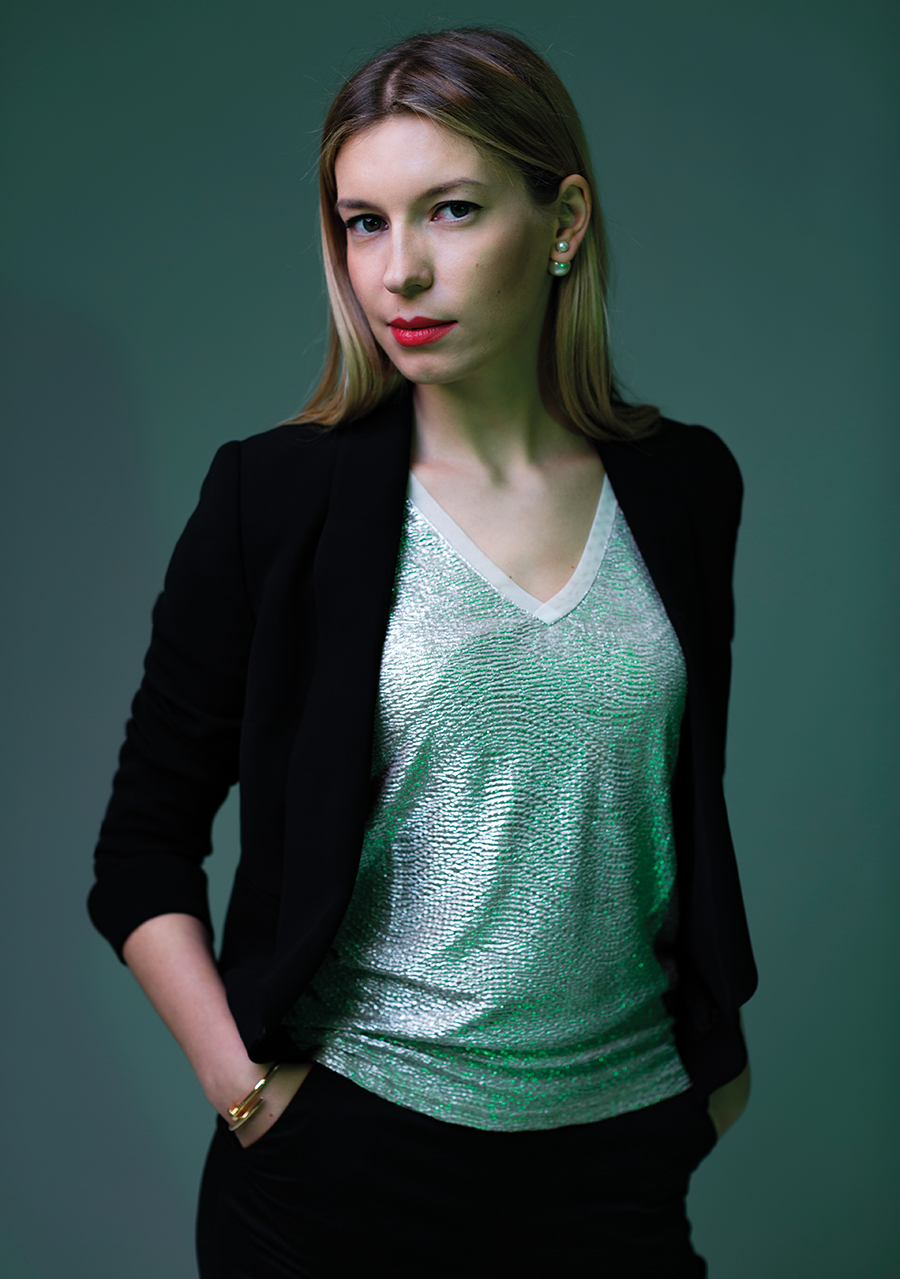 It’s an attitude that has propelled her through her career. Aged 18, she moved to the UK, where she didn’t know a soul, studied economics and finance at Manchester University, and then landed a job with Barclays Investment Bank. She’s now one of the firm’s youngest female directors. She’s also the co-founder of CHARIS, an app which gives members priority access to London’s top beauty salons, gyms and spas.

Like her parents, she’s a ferocious worker. She’s up at 5.30am, in the office until 7.30pm, then working on CHARIS in the evenings and at the weekends. ‘I want to conquer the world in a moment,’ she says.

Burlac is one of 10 women in this year’s 35 Women Under 35 list born outside the UK. You’ll spot a car-seller from Sweden, a private-equity adviser from India,  a cybernetics engineer from Germany and a finance entrepreneur from Poland. These smart, savvy women are creating jobs and growing the economy. If you needed (yet more) proof of the valuable contribution that immigrants make to the UK, here it is. 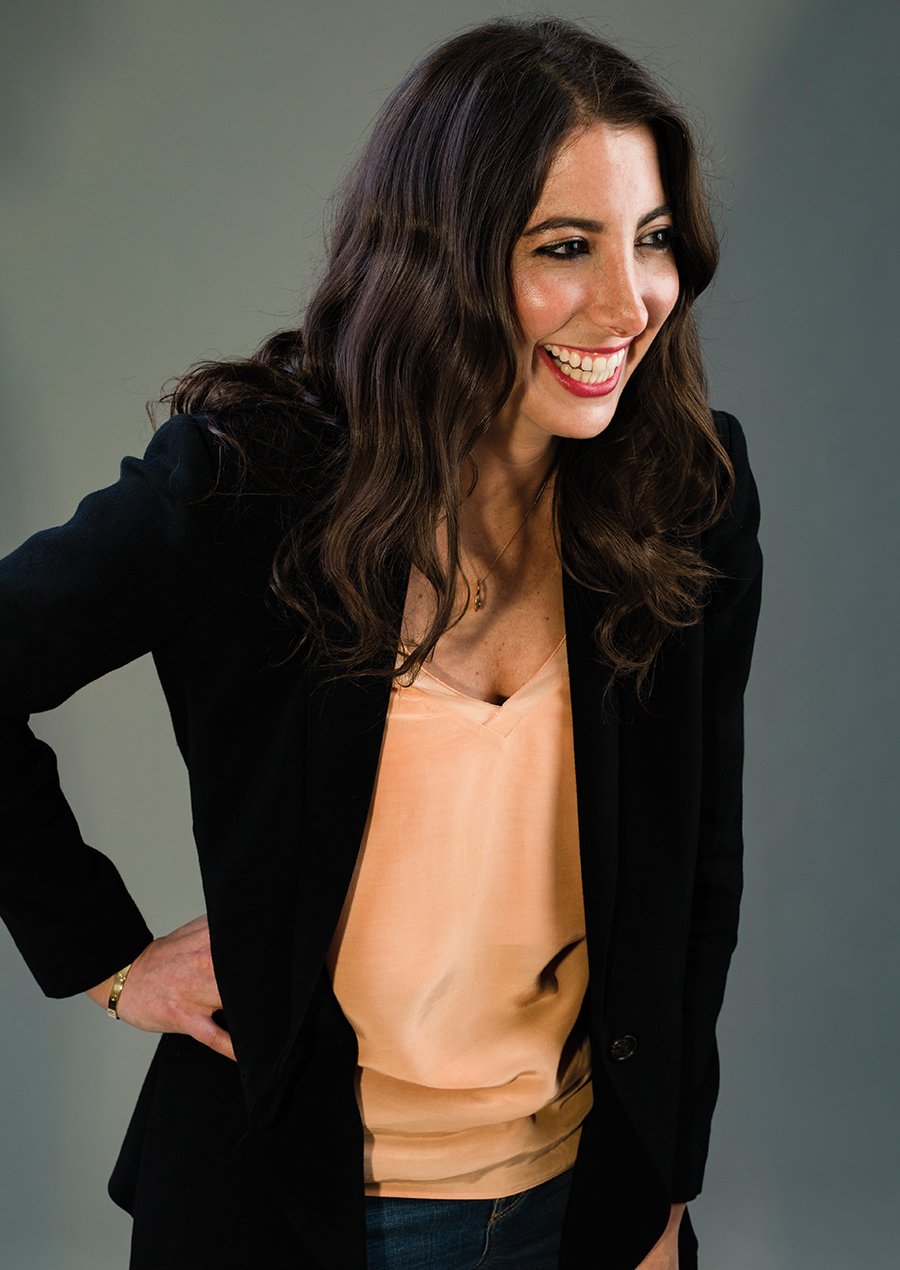 Ashley Lopez (right) went to a tiny Catholic school in the suburbs of Chicago and moved to the UK to do a master’s in law and finance. She joined London-based Department of Coffee and Social Affairs in 2011 and, within four years, she was CEO of the artisan coffee company.  It was, as she calls it, a ‘baptism by fire’ – and she’s thrived. Since taking the reins, she’s grown the business from two shops to nine and will be expanding the business outside the capital this summer. Like Burlac, Lopez is up with the larks and isn’t afraid of hard graft. ‘Our coffee shops are open seven days a week,’ says Lopez. ‘If my team has to work at the weekends, then so do I.’ 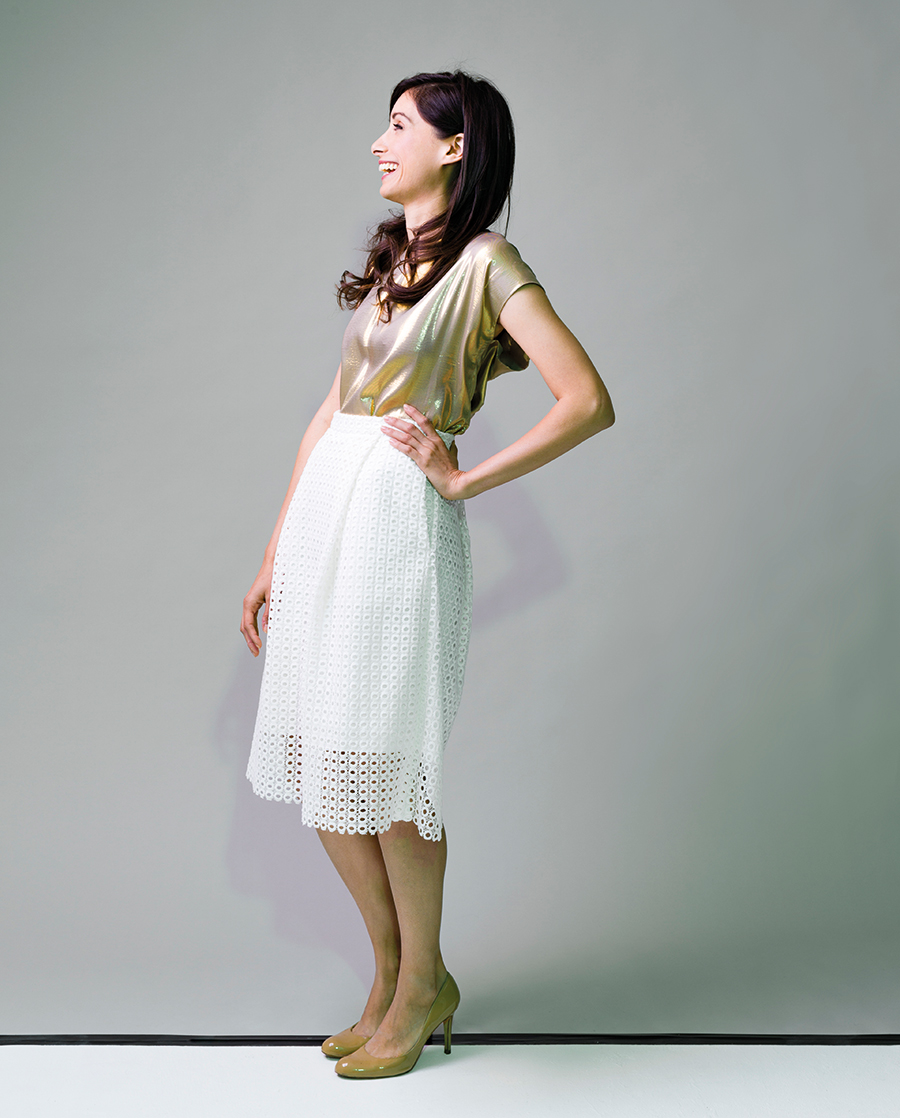 Long hours are the norm for Aneeqa Khan (left), too. Born in Manchester, she grew up in a family of entrepreneurs: her Yemeni-East African father heads a promotional goods business and her Indian-Iranian mother runs care homes. As a child, Khan would spend her spare time helping out on reception or packing boxes in the factory. ‘My parents never switched off,’ she says. ‘They were forever bouncing ideas off me and building something out of nothing. That way of thinking became very natural to me.’

After graduating from Oxford, Khan worked at private equity houses Terra Firma and CVC Capital Partners before joining property website Zoopla. Aged 26, she was managing a team of 50 and leading the company through its £1bn IPO – a process she describes as ‘gruelling but utterly fun’. Now, having inherited the entrepreneurial gene, she runs her own company eporta, an online marketplace connecting trade buyers with furniture and home-furnishing manufacturers, backed to the tune of $1.5m. ‘I get asked the gender question all the time but I’ve genuinely never felt discrimination,’ she says. ‘I’ve worked hard and if there are challenges ahead, I’ll push through them.’

Our 35 Women Under 35 cover stars are emblematic of a new breed of businesswoman: unapologetically ambitious and supremely confident. Interestingly, they all point to their parents – particularly their mothers – as role models. (Research from Harvard Business School last year found daughters of working mothers went to school longer, were more likely to have a job in a supervisory role, and earned more money.) These women have learnt the importance of a strong work ethic early on and understand that if they buckle down, they can achieve anything. 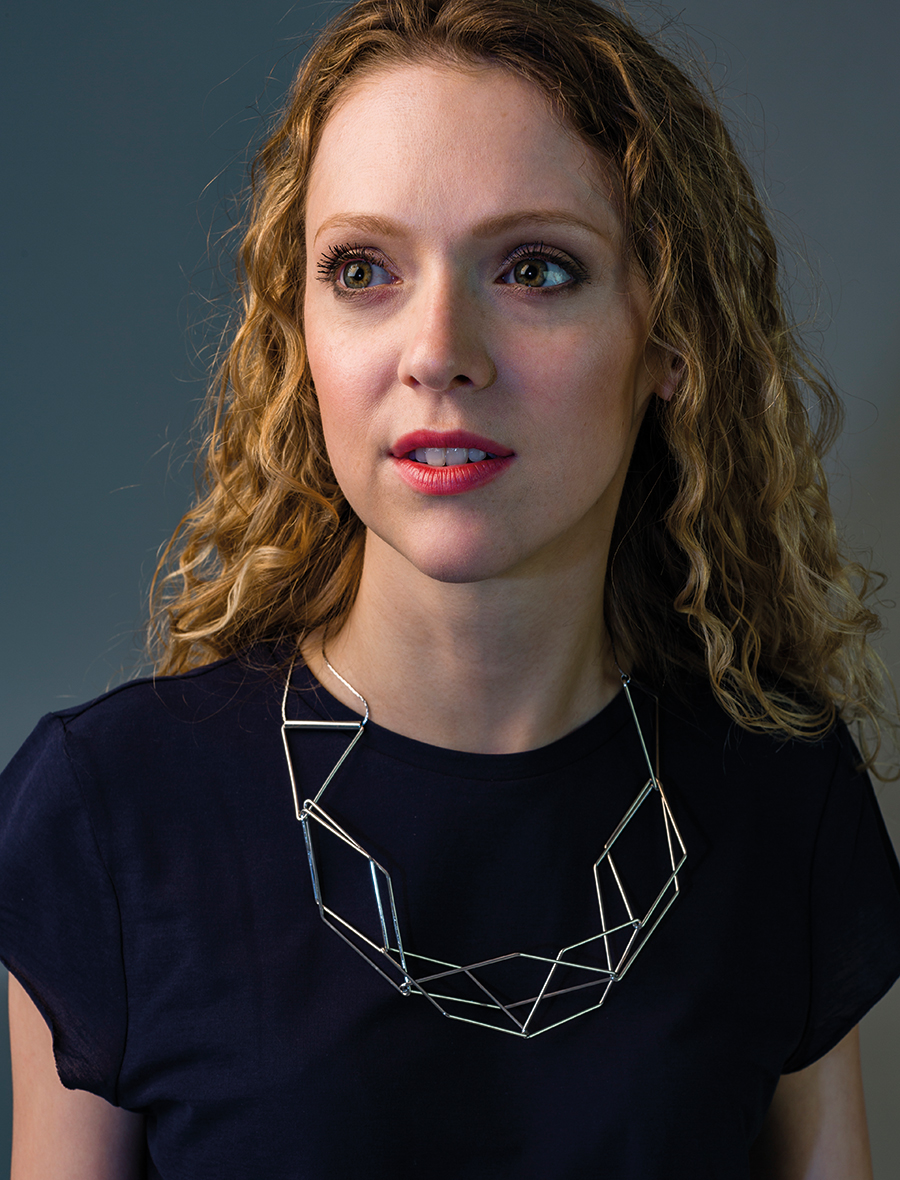 Nicole Tallant (right) says the word ‘can’t’ wasn’t in her vocabulary as a child. While her friends were puffing on cigarettes behind the bike sheds at their high school in Chester, she was plotting to become prime minister. ‘I always knew I wanted a big job with big responsibilities,’ she says. ‘My parents were very encouraging of me and my younger brother. Nothing seemed impossible.’

She was the first in her family to attend university, worked every summer to cover her tuition fees, and then bagged a place on Asda’s graduate recruitment scheme. Within two years, she’d caught the attention of (now outgoing) president and CEO Andy Clarke, who hired her as his project manager and right-hand woman. Big job, big responsibilities. She was just 24. ‘People my age wouldn’t usually get the chance to see how a business of that size is run from the top,’ says Tallant. ‘I’d take on more meetings and more projects just to learn as much as I could.’

Tallant noted that all the people knocking on Clarke’s door asking for a pay rise were men. ‘When women make career choices, they tend to think, “What will happen if I have children?” Men don’t: they continue to take risks and go for promotions. There needs to be a shift in mindset so that raising a family is a joint responsibility and it isn’t always the man’s job that gets prioritised,’ she says. ‘But I’m confident that, with my generation and beyond, that will happen.’ 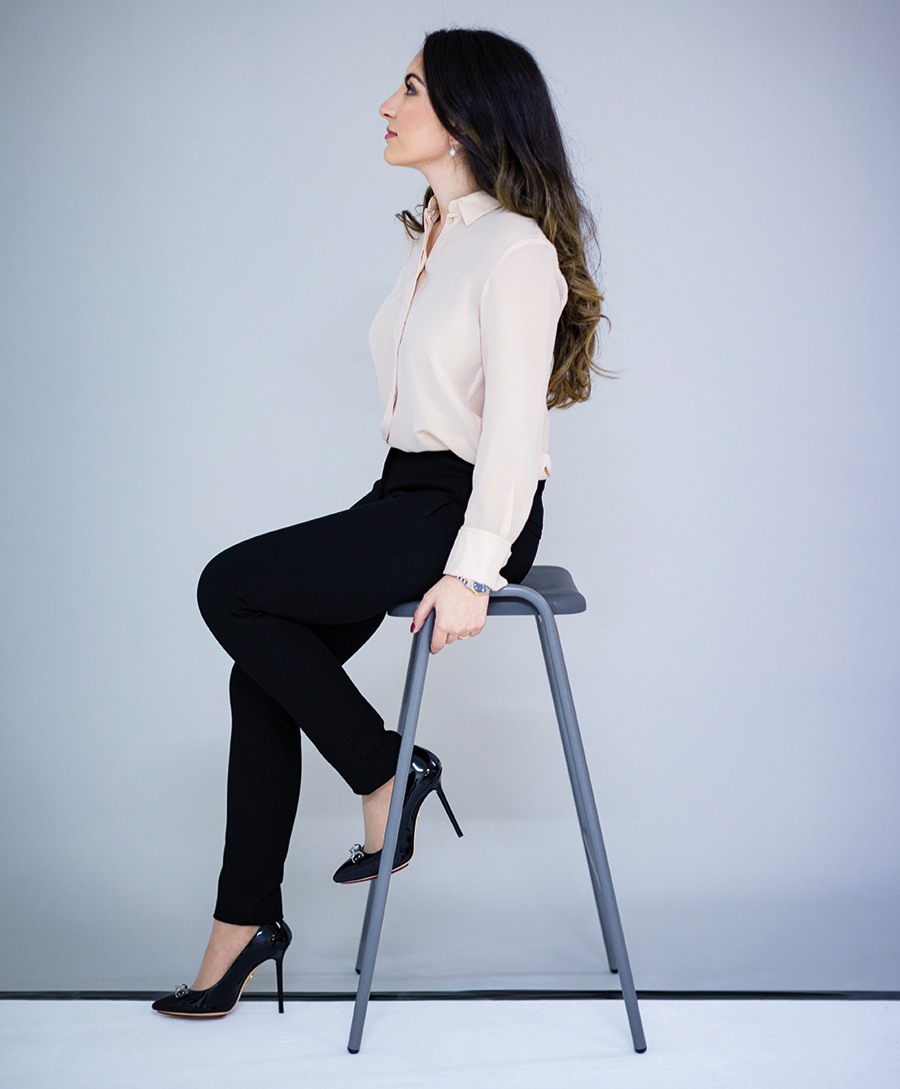 Lily Mottahedan (left), a barrister specialising in divorce at family law chambers 1 Hare Court, says shared parental leave is a step in the right direction – but it doesn’t go far enough. She reckons the Swedes have got it right. Sweden, which has one of the world’s narrowest gender gaps and the largest proportion of working mothers in the EU, offers a generous 16-month parental leave with three months reserved specifically for fathers under a use-it-or-lose-it system – a kind of ‘Daddy quota’ that gives men a taste of what it’s like to be the primary carer.

Mottahedan, who went to Bar school after a stint in investment banking and is now hailed as the ‘Persian Amal [Clooney]’, would also like to see tax-free childcare, training grants to help parents back into work after a career break, and proper incentives for bosses to hire them. ‘I honestly believe that women can have it all,’ she says. ‘But let’s make it easier for them.’

ISABEL BESCOS, 25
As country growth manager at BlaBlaCar, which connects drivers with empty seats to passengers looking for a ride, Bescos launched the service in Russia, India, Turkey, Mexico and Brazil. The company now has 25 million members.

EMILY HYETT, 23
Hyett is an astrophysicist who leads a team of seven at BAE Systems Applied Intelligence, advising on some of the world’s most advanced, technology-led defence, aerospace and security solutions. She is also an ambassador for STEMNET. 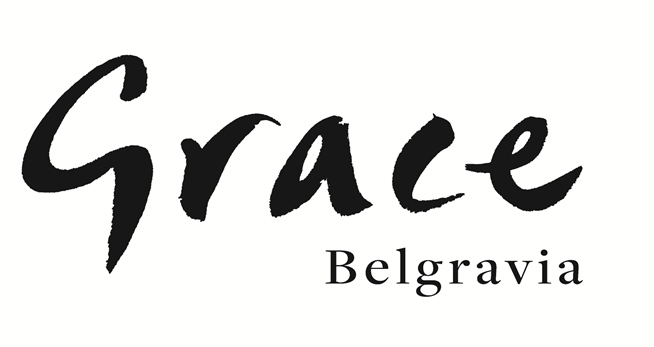