The way the Office for National Statistics operates is slightly weird: at the end of each quarter, it rushes out figures showing how much it think the economy grew, then takes a couple of months to come back and either confirm it was right or admit it's had to tweak things a bit.

This morning, the ONS' Quarterly National Accounts confirmed its previous assertion that the economy grew by 0.8% in the first three months of the year, but revised down its forecast for annual growth to 3%, from the 3.1% it said in April (which itself had risen from 2.8% - it's pretty fluid, really). It's not the end of the world - but it is a suggestion that all that bragging about being better than anyone else at recovery is not entirely correct (even if the likes of Christine Lagarde feel the need to apologise to George Osborne for criticising his austerity strategy).

Anyway, in this morning's release there were a few charts proving that while recovery is chugging along nicely, it's going to be a long time before things are back to their original state....

1. This has been the longest, deepest downturn ever - and we're still in it

This shows how many quarters it took to recover during previous downturns - and that, 25 quarters since the beginning of the crisis, we're still not back to where we were in 2008. 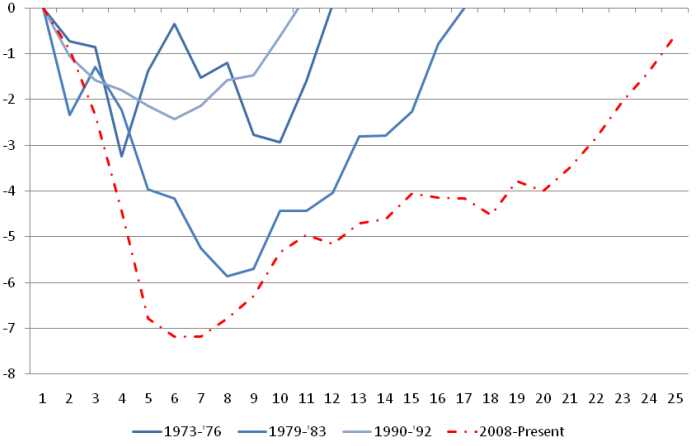 2. Manufacturing, production and construction are still way below their pre-recession peak

Remember the 'productivity puzzle'? Although unemployment is rising fast, output is still a long way from what it was before the downturn began - which is causing much head-scratching at the bank of England. 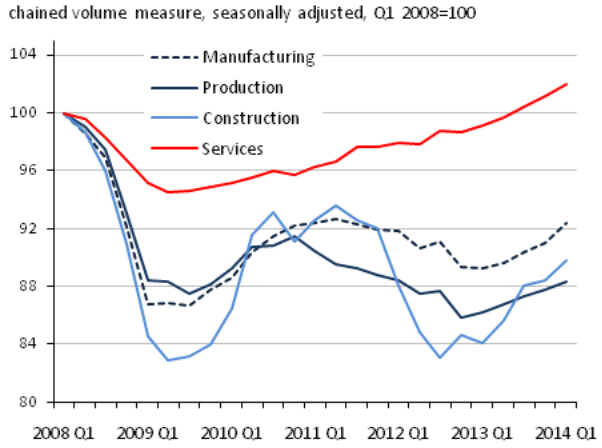 3. We're growing faster than everyone else...

This chart compares international GDP growth rates with their growth a year ago (so we're growing 3% faster than we were this time last year). 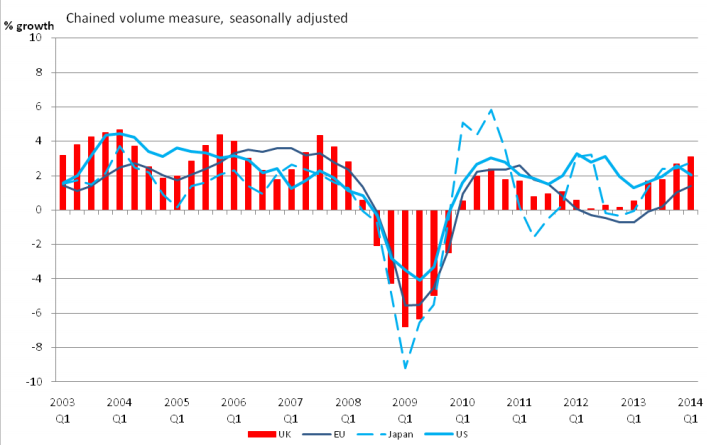 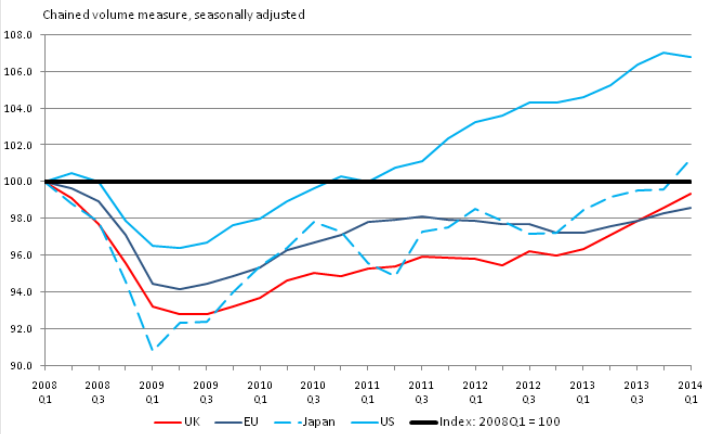 13 hours ago
Women in Business