The days when ‘gin and tonic’ was code for ‘Gordons and Schweppes’ are long gone. In recent years the spirit has undergone a remarkable renaissance, offering drinkers a bewildering array of artisanal gins and fancy botanical tonics to tease the palette.

Among them, surely King of Soho has the most unusual inspiration. Launched in 2013 by start-up West End Drinks, it’s named for the late Paul ‘King of Soho’ Raymond, whose property, pornography and strip club empire gave that part of London its special flavour in the 1960s and 1970s.

It was the brainchild of Raymond’s son Howard and his business partner Alex Robson, MD of West End Drinks. In four years, they’ve taken it from 14 local bars to 500 outlets nationwide – it can now be found in Asda, Morrisons and Amazon. A self-funded venture, it’s also – somewhat unusually – been profitable since its third year.

MT caught up with Robson to find out what their secret ingredient is (hint: it’s not juniper).

MT: Why a Paul-Raymond themed gin?

Robson: Howard and I were sitting in a bar one night, drinking gin martinis. We’d known each other a long time and had actually been looking at buying a gin brand together. This was not long after Howard’s father had died, and we thought well he was a gin drinker, my late father was a gin drinker, why not do a gin ourselves and name it after Paul Raymond? It was a way of honouring a... well he wasn’t a dull man, was he?

Robson: Paul Raymond defined the spirit of Soho. It’s more than just a place. It’s become synonymous with fun, creativity and that little bit of hedonism. We all need a bit of that.

MT: This is your first venture isn’t it?

Robson: Yes. My background was in supply chain management, finance and business consultancy, but I come from a line of entrepreneurs. My mother was a printer and publisher, and my grandfather had his own bus company in the north-east. I was kind of brought up to believe I should run a business, by a woman who was running a business at a time when women didn’t run businesses. You can’t deny your DNA, can you? 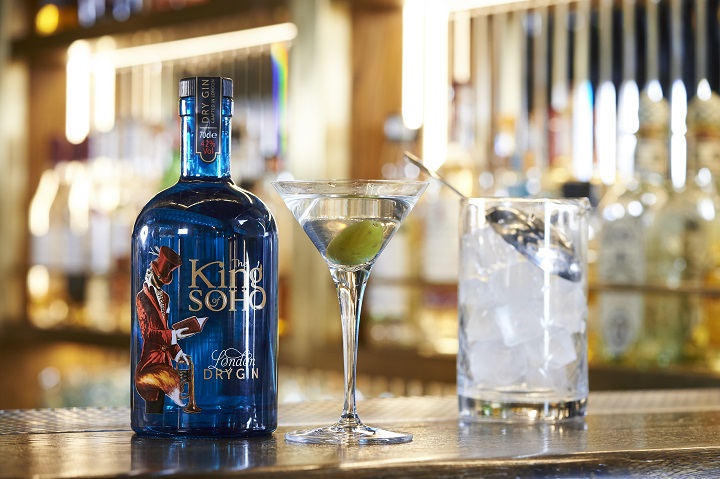 MT: What were your first steps?

Robson: We did our market research and decided we wanted to go soft on the juniper and have more citrus and botanicals in the gin. Then we found a master distiller, Charles Maxwell. It was important to us that it was made in London. His family has been distilling gin here since the 1680s, around the same time the word Soho was first coined by the Duke of Monmouth.

MT: What happens when we hit ‘peak gin’?

Robson: People said we were there two years ago, and it didn’t happen. If you have a good product and people like it, they’ll continue to drink it. There was a time when gin was bigger than vodka – you could just say that gin is reclaiming some of its lost ground. It’s been rediscovered, so it’s more than a trend.

We have another product in development, so watch this space. On the gin front, we’ll stay focused on the home market, but we’re also looking to export more. We’re going to Russia in March [King of Soho launched there in December], we’re hoping to join a trade mission to Japan in June and we’ve got meetings in the US. We’ll also be hiring in the UK to build up the team – at the moment it’s just Howard and me, as we subcontract production.

MT: Any advice for wannabe entrepreneurs, in the drinks business or otherwise?

Robson: You can’t overestimate how important the planning, organisation and control side of the business is, especially in the early days. Also, make sure you speak to people. It’s not like being self-employed, it’s very relationship-based.

Gett CEO Matteo de Renzi: 'If we don't keep on changing, we die'