The London Evening Standard kicked off a campaign against food waste this week by going ‘dumpster diving’ in the bins behind a supermarket. Outside that one store its reporter found tens of kilos of produce – from steak to chicken, fruit and veg. No wonder hunting around in bins has become a familiar pastime for many a hungry student.

But  supermarkets aren't the only culprit. Most of us are guilty of buying more than we need and binning the excess. Households in the UK chuck out around 7 million tonnes of food waste each year. Food manufacturers also create a lot of waste. It’s easy to lament our collective greed and carelessness, but tackling this problem (which is bad for the environment and our wallets) requires fresh thinking and entrepreneurs to put those ideas to work. Here are five small businesses trying to reduce the scale of Britain’s food waste – or putting it to good use.

Human behaviour is a big driver of the problem. It’s easy to buy a few too many veggies or loaves of bread, and most of that ends up going to landfill. Farmz2u wants to help consumers buy less. Its app calculates how much of a given foodstuff they ought to buy (based on their weight, food intolerances etc.), monitors when products are due to go out of date and suggests recipes to make use of them before they go off. Failing that it suggests ways food could be donated before it expires.

The plan is to operate on a B2B model, selling the software to supermarkets. It’s still pre-revenue but co-founder Aisha Raheem says the company is in talks with two mid-sized retailers. MT suggests getting the likes of Tesco to pay for software that encourages shoppers to buy less might be a hard sell, but Raheem says they should see it as an opportunity.

‘The idea is to get retailers to think differently about their consumers,’ she says. ‘It’s not sustainable to have the margins that most retailers currently have. If anything this is an opportunity for them to redeem themselves and revamp the industry - it shows the end consumers that you actually care about how they’re doing.’ 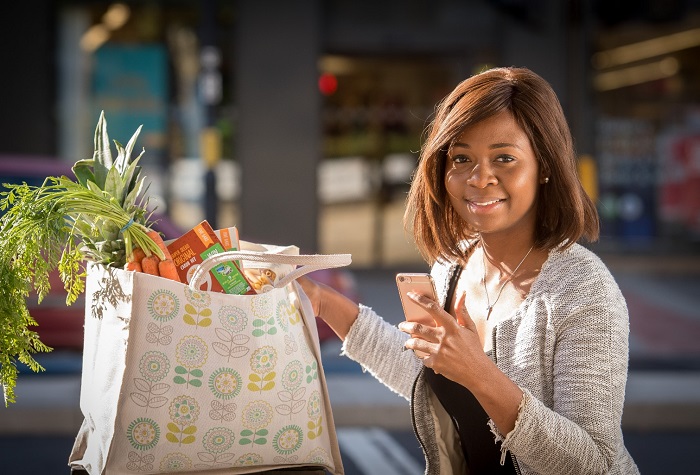 Some supermarket excess is inevitable and one company looking to help them deal with that is Foodcloud, which connects retailers with charities that are in need of donations – like food banks.

It’s a simple-sounding solution to the problem. Supermarkets submit the details of the food they have available and when it will be ready to collect. Local charities receive a text message and then go to collect. That means Foodcloud doesn’t have to deal with the expensive and complicated logistics. The Irish social enterprise is working with the charity FareShare in the UK, where it has been used by Tesco.

Some food isn’t fit for eating – whether it’s grisly off-cuts from a 2 Sisters production line or that lettuce that’s been at the back of your fridge for the last month. But that doesn’t have to go to waste. Some people chuck old food in their composter but the world only needs so much of that. Entomics wants to turn your waste into useful products for farmers.

It plans to use the larvae of black soldier flies to convert rotting food into aquaculture feed for farmed fish and a type of fertiliser, potentially reducing the volume of the remaining food waste by 90%. ‘At the moment it’s in the nitty gritty of the process and making sure it will work on a commercial basis,’ says co-founder Matt McLaren. ‘The small scale prototypes we’ve built have shown promise, we’ve managed to almost perfect this scale of operation.’ Now the challenge is to make it work on an industrial scale.

We’re a nation of tea drinkers but Britain has fallen in love with coffee in a big way over the past decade. But once your soy decaf latte is made, it leaves behind a big chunk of grounds that have to be chucked out. Bio-bean plans to put those to good use. Its factory in Cambridgeshire converts used grounds, mainly from the production of instant coffee, into clean energy products.

‘[The process] sounds relatively simple but it is actually suspiciously difficult,’ says founder Arthur Kay. ‘The first thing we do when we get the coffee is we take the oils out. It has high levels of natural oil, about 20% by weight, and we turn the oils into diesel products that can be used in cars and buses. We then take the residual biomass – the powder that’s left behind afterwards – and we compress them into pellets (pictured below).’

These can be burned for use as fuel, and the company is in the process of launching a new product, compressed ‘logs’ that can be used in wood-burning stoves, pizza ovens and on barbecues. That won’t add a hint of java to your beef burgers as most of the scent and taste is contained in the oil, but Bio-bean’s diesel might leave your engine with a whiff of Caffe Nero. The company employs around 30 people and Kay expects that to reach 50 by the end of the financial year. Like Farmz2u and Entomics, it's a winner of Shell's LiveWIRE awards for young entrepreneurs. 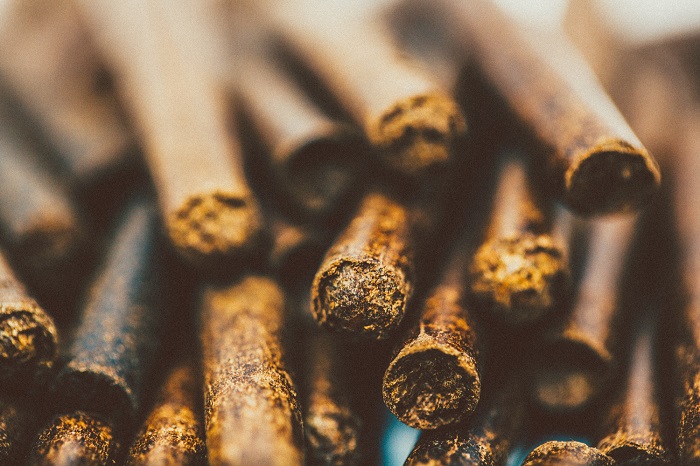 Restaurants produce their own fair share of food waste too. Winnow helps them monitor and reduce what they’re throwing out. When staff put food into a bin they record on a touch screen what it is. Winnow’s technology weighs each thing as it’s put into the bin to calculate the cost of what’s been thrown away.

That helps restaurateurs keep track of what they’re buying too much of and monitor how much food waste is costing them – giving them an incentive to reduce it. So far Winnow has raised more than $3.5m (£2.5m) in funding.

Founders: When should you step down?

By Orianna Rosa Royle
45 hours ago
Women in Business