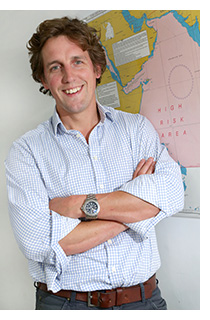 What are the growth plans for Ambrey Risk?

We are in the global anti-piracy business, but focus mostly in the Horn of Africa/Somalia. You might have seen in the news, piracy incidents have dropped significantly in the past few years, in part due to companies such as ours protecting ships better.

There’s been a big price war going on in our sector and our current reaction to that is to scale up the business as fast as we can – because we’ve effectively had a lot of price pressure in that price war and we need to be bigger to make sure the business remains on a firm financial footing.

We have tried to be forward thinking in the sector, with two acquisitions of competitors over the past few months, a third one possibly pending and obviously our own heavily focused organic growth strategy.

What areas are you focusing on?

We’re staying in the same sector – the anti-piracy space, but we’re trying to be by far the biggest by volume because that allows us lots of efficiencies of scale that let us compete on price and maintain a strongly profitable business.

Have you had to recruit a lot more people as the business has grown, and how have you coped with that?

Well, there’s our full-time staff, which is a relatively small amount compared to the rest of the business – so our full-time overhead is around 60 to 70 people, spread as up to 50 in the UK and about 20 overseas in different offices. Then the service that we offer is delivered by self-employed sub-contractors and we have about 800 of those.

Really we’ve just had to have a very focused recruitment screening and training strategy to grow with the business. Our people are our greatest asset and we spend the vast majority of our time focusing on finding, screening and training the right people. I chair a meeting once a week that balances future contract demands with the number of available contractors and then tries to set out the recruitment and training plans to make sure we’ve got enough for the pipeline of work we’ve got coming through. And then we’ve got a really focused team of recruiters and trainers that go out and recruit more people as we grow to service those contracts.

It’s a pretty fine balancing act because if you over-recruit you’ve got too many sat there waiting for a contract and that is unsustainable and they do end up doing something else. Or if there’s not enough then you can’t fulfil the requirement to get on board the volume of ships you have under contract. 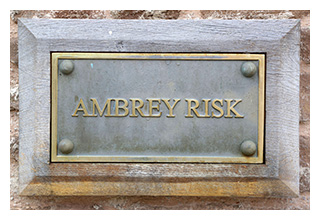 How important is technology when managing growth in the company?

It’s becoming very important, if nothing else then for efficiency. There’s a huge amount of activity going on and on any given day – we usually have around 90 security teams on ships moving around the high-risk area off Somalia at any one time, at different speeds and in different directions, going in and out of different ports. So there’s a constantly changing data management issue with operations management.

There’s also an efficiency issue – making sure we marry up the right people at the right place at the right time, with a ship that’s sometimes speeding up or slowing down. We have to make sure we don’t get there too early, because then it costs us a lot of money because the team have to be accommodated in the various ports they wait in, or too late – in which case we could delay a ship, which we absolutely cannot do.

We’re just investing in a new tech system that’s going to take about six months of R&D to deliver, which should make that a lot more automated and efficient. So we are a technology-supported rather than a technology-led business, but it is increasingly important. 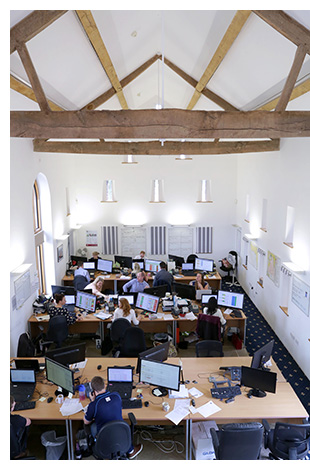 What kinds of cash flow challenges has the business faced?

That’s obviously meant our cash flow has been hit, but again it comes back to scale – some clients are very good and prompt payers, others aren’t so much, but if you’re bigger then you have a spread and you can manage that cash flow. Many of our smaller competitors are facing significant challenges in such a market.

What are the biggest challenges you face in the future?

Piracy is evolving, the threat of hijack remains but many of our clients don’t like paying for security. It’s something they would rather not do if they don’t have to, so they will try to engineer us out of it. They’ll build ships differently; they will implement new measures on board by designing ships differently. Ultimately they don’t want to have to pay for security companies unless they have to.

You’ve just got to adapt your service so that you don’t keep offering the same thing. You’ve got to innovate. You’ve got to provide different things to shipping clients and think about what they’re trying to achieve and you need to be highly competent and cost effective for them.

How entrepreneurial do you think UK businesses are compared to other countries?

I think we are up to a certain scale, and it’s largely driven by the tax system. If you compare the UK to the US, the US has the majority of large-scale companies like Google and Facebook, because their tax system encourages their founders to continue owning the business and to reap their rewards through dividends. The UK tax system incentivises people to sell their business much earlier in the life cycle.

I think that’s a shame – it means that as a nation we don’t have the big businesses any more that we used to that dominated globally in the same way. We have some but we don’t have as many because we get to a certain level and then foreign buyers or private equity buys them. I think we’re an entrepreneurial nation but our system drives us in a different direction.