From the drugs scandal at the Co-op Bank to Libor fixing and interest-rate rigging, Alex Brummer opens up the rotten core of the global banking system and pores over the sordid details.

PPI mis-selling, money laundering, ignoring international sanctions - it becomes painfully clear that many banks were engaging in any form of profiteering, legal or otherwise. Considering the sheer scale of the corruption, it is astonishing there have been so few criminal convictions.

Brummer tells a cohesive story that highlights the chain reaction of events resulting from a weak ('light touch') regulatory environment and corrupt, greed-driven cultures at banks around the world, where high risk and high leverage were often par for the course and made even more toxic when combined with bonus-driven behaviour where 'heads you win, tails we lose'.

It highlights that those running these institutions have gone from expanding businesses prudently and providing value to customers to focusing on short-term returns for their shareholders and themselves, often at the cost of their customers.

The result? A self-serving cash cow which then exploded with huge consequences for nations, the financial sector and, ultimately, everyone.

Brummer exposes the failures of the international banking system, for example, the money laundering and drug cartel links at HSBC, along with the systemic compliance and auditing failures in the sector. It was surprising to learn that by 2011 the two largest banks in Cyprus were, when taken together, eight times the size of the entire Cypriot economy. That is definitely not sustainable finance.

The majority of Brummer's analysis is thorough and expansive. As the City editor for the Daily Mail, he knows his subject well, and has the contacts, the access and the research to back up his assertions.

One area where the last of these is lacking is his brief mention of alternatives to the banks, including my own industry of peer-to-peer lending. In a paragraph lacking the depth and insight devoted to the rest of his book, Brummer lumps in peer-to-peer lending with payday lenders and high-risk hedge funds, claiming the peer-to-peer market forms part of an opaque and unregulated 'global shadow banking sector'.

It's an assertion that couldn't be further from reality. My own company, Zopa, has been at the forefront of openness and transparency with consumers, the media and the banking system.

Hedge funds (and mainstream banks as well) have been rather resistant to regulation. British peer-to-peer lending companies, on the other hand, have lobbied the government for regulation and successfully achieved it from the FCA, something we believed was essential to gaining consumer trust, a fact Brummer fails to mention.

One of the key questions from the book is: who will successfully reform the banks - the shareholders or the regulators? Over the past few years, we have seen a more aggressive stance from UK regulators, but the damage to trust has already been done and consumers will not easily forget.

It is no secret that most British consumers no longer trust their banks. The banks say that 'lessons have been learned', but it is perhaps consumers who have learned the most painful lessons through being loyal customers and getting very little in return.

As someone who has run a business through the banking crisis and offers an alternative to part of what the banking system offers, it is worth noting that many banks at the time believed the growth and popularity of peer-to-peer finance models (crowdfunding, peer-to-peer lending, invoice discounting) was a short-term trend that would fade away as credit markets were freed up and the economy recovered.

However, although the US and UK economies are growing again, many consumers remain wary of mainstream banks and are moving to companies such as Zopa in their thousands in the search for better value. Many of them see alternative financial models, such as peer-to-peer finance, as more trustworthy, ethical and sustainable.

Bad Banks, despite a few minor inaccuracies (it dates Lehman Brothers' collapse to 2007, when it actually occurred in September 2008), offers a solid overview of the credit crunch and the subsequent Great Recession, as well as valuable insights into the lead-up to the financial collapse. 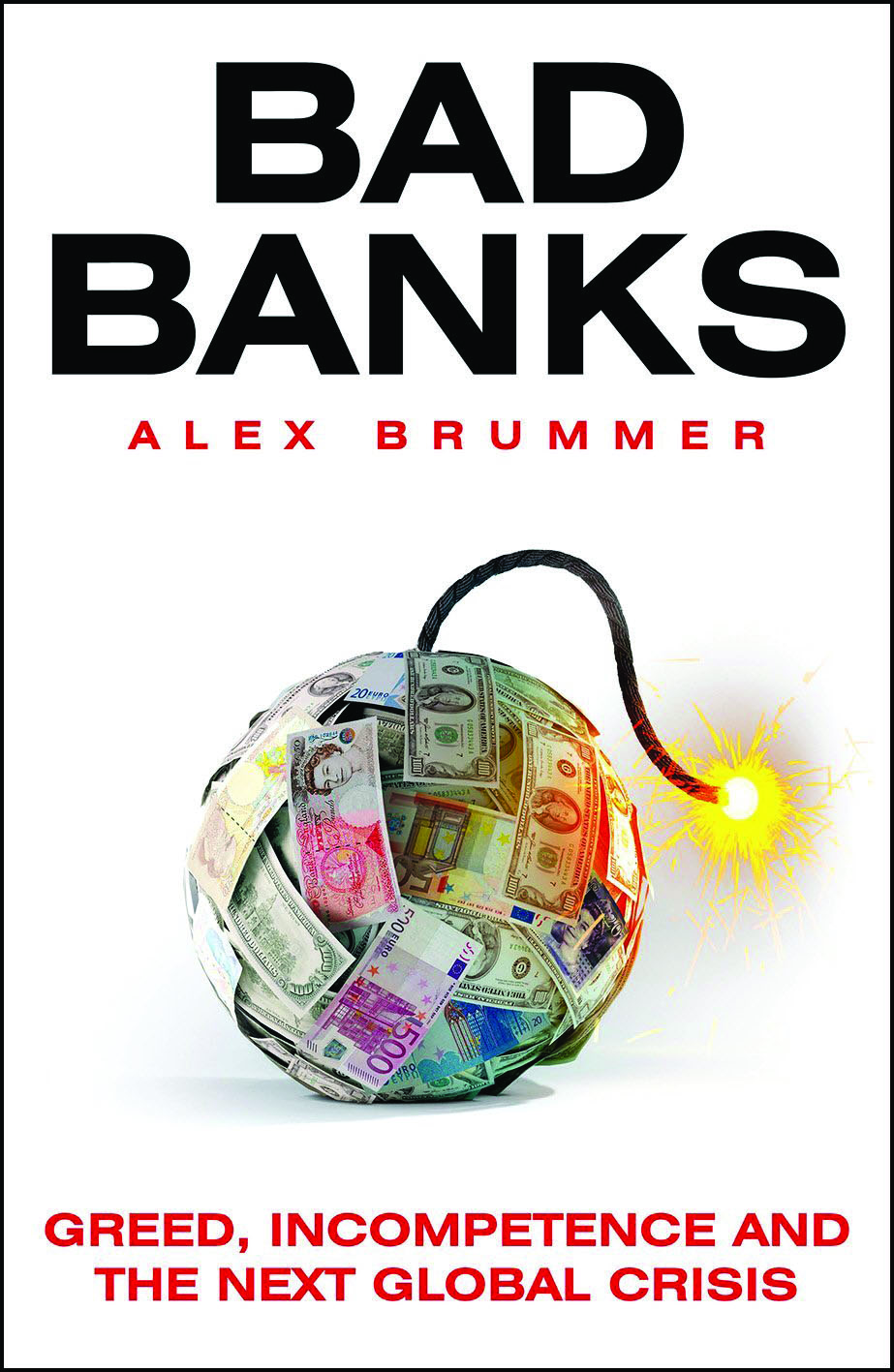 The IMF estimates the potential bad debts held by European banks today amount to almost £300bn. As Brummer states: 'The era of bad banks is a long way from being fixed.' He isn't wrong!

- Giles Andrews is CEO and co-founder of Zopa.

Bad Banks: Greed, Incompetence and the Next Global Crisis