Amy Pope was responsible for managing all manner of “bad things” during her near five-year tenure as Barack Obama’s Deputy Homeland Security Advisor.

Whether it was terrorism, cyberattacks or the migration of unaccompanied children, her job was to pull together different parts of an often disparate federal government in a bid to find a solution. That also meant planning, amid great uncertainty, the US government’s response to the 2016 outbreak of Zika virus and Ebola crisis in west Africa.

Now a partner at reputation consultancy Schillings and associate at international affairs thinktank Chatham House, Pope (far left in image) tells Management Today that while the coronavirus is far more wide-reaching than previous outbreaks, the basics of crisis management remain the same. She also gives an insight into Obama as a boss.

How did you approach crisis management at the White House?

“First of all you have to define what the problem is. Coronavirus, like the Ebola virus, is scary, but if you allow yourself to become afraid of the big issue then it really is hard to break it down into parts you can manage.

“When we had an Ebola outbreak at a Dallas hospital - and believe me it was very unexpected - the first thing we started to game out was how do we build the capacity to contain this particular problem so that it doesn’t spread out of control.

The coronavirus outbreak is both unprecedented and very fast moving. How do you create a strategy amid such uncertainty?

“Focus on how you can continue to operate safely and effectively in the short term. But this is a problem that could go on for at least three months, so someone needs to be gaming out what happens to your supply chains and exactly what that disruption is going to look like in the medium term.

“Then someone should really be looking to the horizon. What are the opportunities in the long term? Will you have to fundamentally change your business model? The world could be very different in six months, some companies are going to be well-positioned to take advantage of that, others won’t.”

Does leadership really trump all in a crisis?

“Leadership really matters during these moments, but that doesn’t mean the leader needs to have all of the answers and it is not necessary for them to be running all the plays alone.The best are those who identify clear lines of responsibility and establish clear lines of accountability. It’s about empowering people to do their job.

“Then it is about communication. Companies can have the most thought-out solutions but if they haven’t figured out how to message it correctly then they can lose the buy-in of their people or the public. So leaders need to be communicating effectively within their company as well as to their customers. If they don’t do that they risk ending up in a worse situation, even if they've done everything else right. 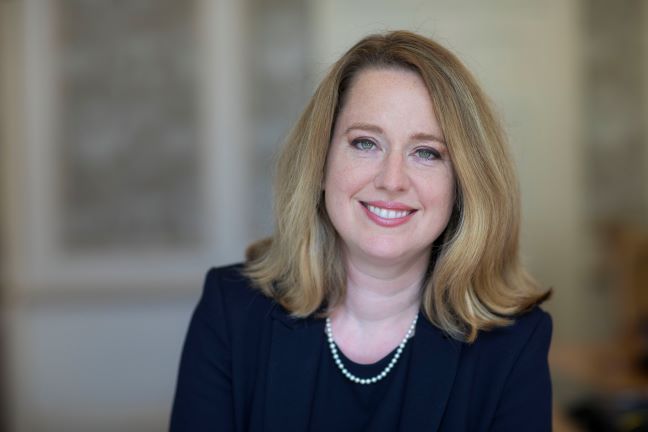 Amy Pope is now a partner at reputation consultancy Schillings

“I’m not just saying this because it’s on record, but I’m not sure I’ve ever worked with a better leader in my entire career. What he did was remarkable. He would convene his team and his experts and put a lot of trust in them. He gave us clear authority to work, set the expectations as to what we needed to deliver and then held us accountable for it. But he did so in a way that was also thoughtful and allowed people to engage and test some of the assumptions he had made.

“We had some very hard decisions during the Ebola outbreak. One was over whether to close our borders. There was a lot of public pressure to close them to people coming from west Africa. The public health experts strongly advised the President not to close the borders because it would prevent the delivery of medical supplies and healthcare workers into wqest Africa, which could potentially make the situation worse.

“He took that advice to heart and instead of pushing forward with the most politically expedient solution he was comfortable figuring out what was best in the long-term interests of the country.”

Who has impressed you in their response to COVID-19?

“I actually think some of the airlines have done a really good job, without naming names. There’s probably no harder hit industry. Carriers have had to ground flights, they’ve progressively seen borders shut and in many cases are simply not operating.

“There are some who have been very good at reaching out to their customer base. In the early days talking about how they were keeping their flights safe, now about how people can reschedule later. To top it off there are those who are really making an effort to fly people home as well as transport supplies and healthcare workers.

“It just breeds good will and that is going to matter to people. Businesses need to be cognisant about the long-term reputational impact of their actions. It is easy to draw inwards and just focus on the bottom line. The companies that are able to think long term about their image, purpose and why they matter to people will come out with a stronger reputation at the end.”

2. Use your team. “You need to empower your crisis management team. Fill it with strong leaders who have clear lines of authority and support them from the top.”

3. Don’t forget to look to the horizon. “You don’t want everyone focused on the near-term impact to the business. Have some if your smartest folks looking at what the long term projections are and how you’re going to adapt to get to that point. Laying the foundation blocks now matters.”