Today marks the end of one of the great events in the tech calendar, the International Consumer Electronics Show (CES) 2015 in Las Vegas. It gives us the chance to gawk at the weird and wonderful gadgets that will surely become commonplace in the future, like tin foil catsuits, flying cars and phones that connect to the internet (it'll never take off).

The expo also gives both startups and the world's major consumer tech firms (apart from Apple, which doesn't deign to attend) the chance to show off their latest offerings, which will help drive their performance over the next few years. Here's MT's picks of the brilliant and bizarre from CES 2015.

Smart TVs allow you to access the internet and use streaming services and other apps from the comfort of your TV, but compared to most computers or mobiles phones, the UX (that's user experience for all you technophobes) has been fairly dismal.

Now it seems LG has figured out how to fix the problem. Rather than use a bespoke operating system (OS), LG has adapted a mobile system to create WebOS, which allows users to open multiple apps rather than have to close one app to be able to use another.

The solution has been so effective that the other major players have all followed suit, with TizenOS for Samsung TVs, FirefoxOS for Panasonics and AndroidOS for Sony and Sharp.

Intel, on the other hand, is bypassing the whole smart TV idea altogether. The Intel Compute Stick is a four-inch flash stick that carries its own OS and turns any TV into a Windows 8 or Linux PC.

You've got smart watches and smart glasses - why not smart belts? Belty is the belt that knows how full or fat you're getting, and adjusts accordingly. The latest iteration of intrusive wearables, from French startup Emiota, automatically loosens when you sit down, though its potential as a weight loss tool is far greater.

At present, it doesn't order you to go on a diet or viciously contract whenever you pass a greasy spoon, but with the way things are going with wearables it wouldn't be surprising.

Return of the Walkman

Sony needed to do something, anything, to get itself out of its recent pickle. In October it revealed a stomach-clenching quarterly loss of £762m on the back of faltering smartphone sales. And you thought Tesco was in trouble.

Its headline response at CES 2015 was to unveil the latest in personal music technology: the Walkman. No, Sony hasn't just given up and re-released its 1980s gamechanger in the vain hope it'll turn things around. Instead, the NW-ZX2 Walkman is a super high quality, Android operated music player for the upper end of the market.

Possibly due to the gold-plated copper chassis interior, the new Walkman will set you back a whopping £949, which crueller critics might say makes it an iPod at four times the price and fourteen years too late. 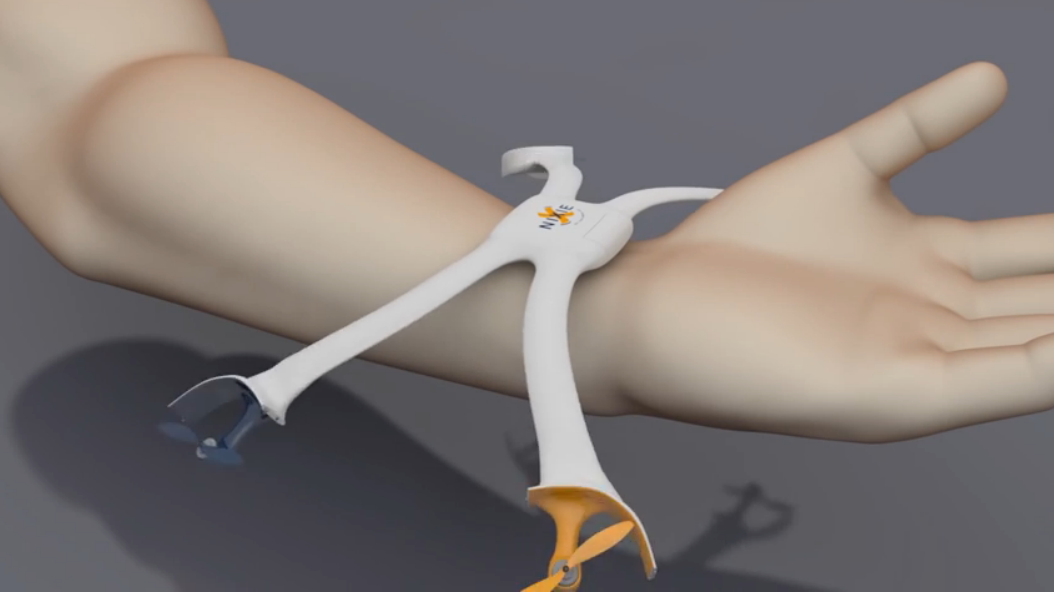 When three of the silliest 'things' of the 2010s -the selfie, wearables and the consumer drone -combined, it should have created something zesty and fun. Instead, Silicon Valley startup Nixie has produced a terrifying robot (right) that latches onto your arm like some parasitic scorpion from another planet.

Throw the thing off your arm (as any rational person would), and the thing takes to flight, takes a picture of your cowering, terrified form, then flies right back at you again. People who don't like machines attaching themselves to your arm will be pleased to know the Nixie isn't out yet, though when it does 'millenials' will no doubt decide it's 'groovy' and buy them by the droves.

March of the robots

Only slightly less creepy is the inexorable advance of personal house robots. Bocco is a 'cute' Japanese 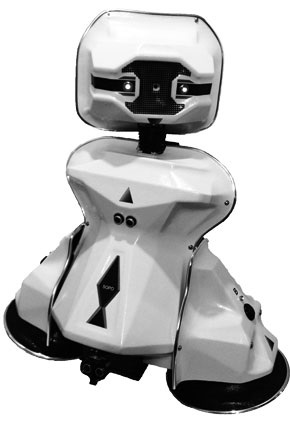 robot designed primarily for families with preschoolers that delivers messages between loved ones.

That sounds nice, except the robot doesn't actually move or pick things up, which essentially makes it an answerphone with a face. And which constantly monitors whether your children are at home, which doesn't really make it any better...

Slightly more practical is the American Sopo (left), from Opobotics. Sopo is a 28-inch personal butler, fetching drinks and even acting as a summonable waste paper basket. The extremely lazy will be disappointed to learn, however, that it won't actually clean up after you.

One smart ring to rule them all

Those same extremely lazy people will be pleased to learn, however, that it's now possible to control various devices within your smart phone without even having to press any buttons. Ring, from Japanese firm Logbar, is a chunky 'smart ring' that acts like a remote control for the internet of things.

Lifting only a finger, you can turn on the TV, get the music playing or even activate your robot butler. The world of tomorrow beckons.