London is ranked as the third best city in the world for female entrepreneurs, behind the Bay Area and New York.

Dell's Women Entrepreneur Cities Index researches and ranks 50 cities on their ability to attract and support high-potential women entrepreneurs – female founders who are scaling and growing existing businesses with the potential to break through the $1m or more mark in annual revenue. The scores are based on access to capital, technology, talent, culture and markets. Check out the full report here.

Female founders in London are still hindered by the cost of living and access to capital. 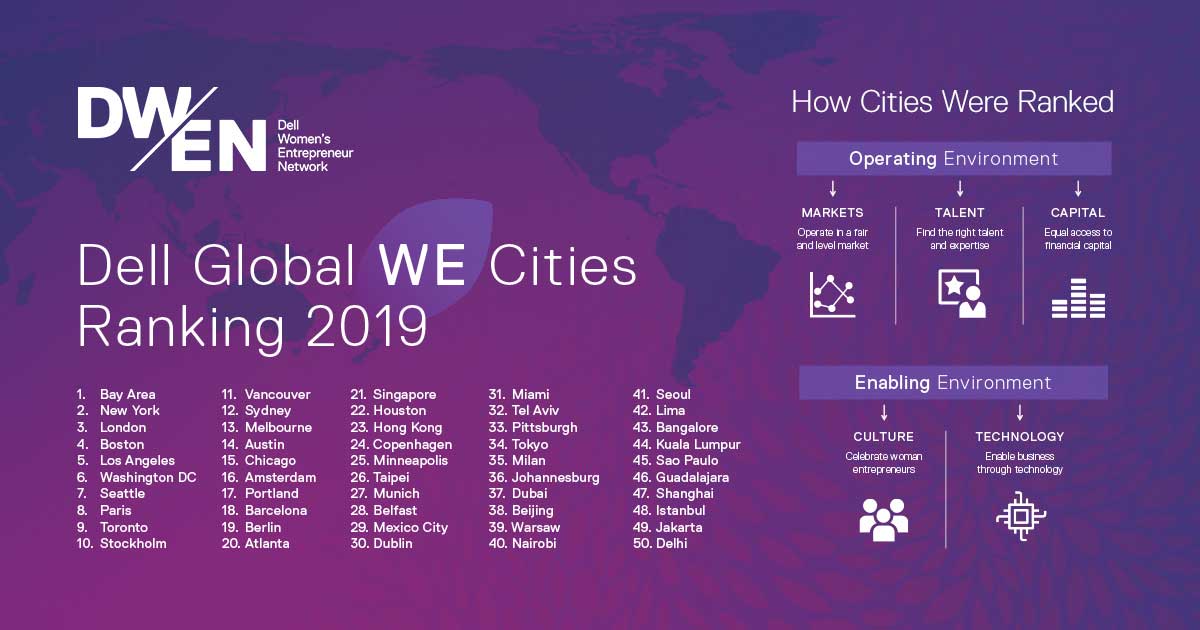 According to the recent Rose Review, only one in three of Britain’s entrepreneurs is female – a gender gap that’s equivalent to 1.1 million "missing businesses". And female founders typically start businesses with only half as much capital as men.

Closing that gap could generate an extra £250bn in added gross value for the economy. That's four years of economic growth.

Based on the findings from its Women Entrepreneur Cities Index, Dell has called on city leaders and policymakers to take action to boost female entrepreneurship through measures such as:

"When we invest in women, we invest in the future," says Karen Quintos, chief customer officer at Dell Technologies. "Communities prosper, economies thrive and the next generation leads with purpose."

By Éilis Cronin
20 May 2022
Reputation Matters