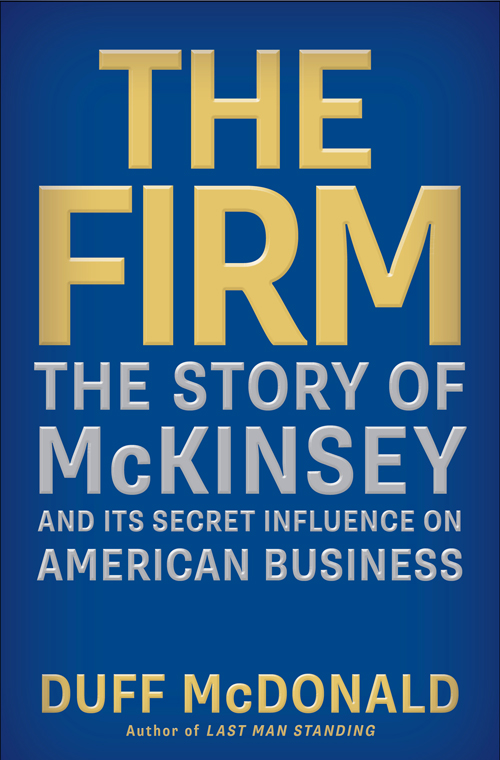 The Firm: The inside story of McKinsey
Duff McDonald
Oneworld, £14.99

Consulting firm McKinsey & Co has been saddled with lurid descriptions: 'Jesuits of commerce', 'Marine Corps with calculators' and 'MI5 with MBAs'. 'The Firm', as it nicknames itself, is sometimes described as secretive and reclusive. This book debunks many McKinsey myths and gives a deep insight into its culture and leadership. But it is not uncritical and there are parts that McKinsey and its 23,000 alumni won't like.

Duff McDonald has done a phenomenal amount of research and seems to have enjoyed access to many of McKinsey's normally reticent managing directors. The notable exception is Rajat Gupta, who was convicted in 2012 of insider trading in the US. It is the notoriety of this scandal that validates the book's description of McKinsey as 'controversial'. And it is probably why so many senior people agreed to be interviewed - to redress the reputational damage.

James McKinsey, a Chicago accountant, in effect invented management consulting in the 1920s when he peddled some revolutionary ideas about budgeting. His firm was honed and polished by his protege Marvin Bower, who established principles and practices that have resulted in a highly distinctive or, as The Firm seems to suggest, a slightly sinister culture.