MT spoke to its CEO and founder, Giles Palmer, to find out how the company is dealing with the challenges that expansion throws up.

What are the growth plans for your business?

If you’re a brand and you want to understand what the world is saying about your product, it’s quite hard to get that information out of Google. So that’s why we exist. For instance, BA is a customer of ours – it puts in its name and its competitors and on a daily basis, or even minute by minute, it gets back what everybody’s saying about BA, its flights and so on.

For us, the expansion is two-fold – it’s how can we make that product offer more compelling, so how do we join up that social media online chat to internal stuff that can effect change, how can we join it up with other external data, like paid media, how much does it cost to advertise?

Then there’s the geographic new business strategy. That’s partly about expanding more into our current markets and customer base. And it’s also about taking what we do and doing it in new markets.

The growth plans are to do about 70% this year, and 65% the year after. It gets hazy after that – it gets difficult to predict what will happen more than a year or two out. Headcount will follow a similar sort of pattern. We’re planning to open three new offices in Southeast Asia and South America. 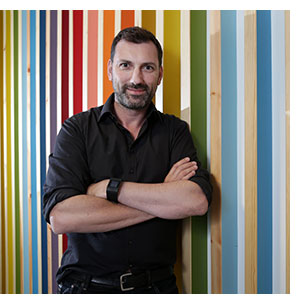 How do you cope with the need to recruit new talent?

We were formed in Brighton and that’s where the head office is. Brighton has about 250,000 people, so now the company is over 300, including more than 100 in the engineering department, finding really bright engineers in a town the size of Brighton is going to become increasingly difficult, which is why we decided to open a second development office in Berlin.

From a sales perspective, we’ve got six offices and some of those are in very large places like New York and London. There’s a big pool of people to recruit from, but the challenge is do we go for young graduates who are smart and we can train up, or do we go for seasoned sales professionals? We have a blended approach to hiring new salespeople. We plan to bring in two juniors for one experienced salesperson and hope that over time everybody levels up.

What are the biggest cash-flow challenges your company has faced?

We’re a loss-making company right now. SAAS (software as a service) businesses often take quite a lot of money to get to scale because you have to build the product before you make any money. And then it’s a subscription service so it might take a year or sometimes more to get paid back for the initial cost of taking on a customer. We were profitable in the early days when we were proving the model, but once we showed that it worked and we could convince investors to invest in the company, we’ve been using that money to grow.

As you grow as a company, the need for working capital increases – we’ve gone from something like £100,000 per month in the last four years to more than £1m per month in payroll costs. We need to have 10 times as much money in the bank just to be the same sort of risk profile. In order to get that money in the bank, you’ve got to make sales, collect the money and so on. 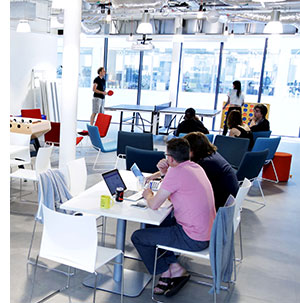 How important is technology when managing growth in your business?

We don’t really want to be running our own servers for things like email, document management or any of the kind of traditional stuff that you would have an IT team for, we prefer to buy SAAS ourselves and outsource all of those needs to other companies. The only servers that we run are those that run our own products.

It scales really nicely – if we want to bring on a new person all we need is a computer and a Gmail account linked to a Brandwatch account and they’re kind of off and away.

What is your biggest challenge?

It’s how far we plan and what decisions we make now in terms of, are they for the next year, two years, three years? As we’ve grown, I think the decision-making required and direction has gone a little bit further out – we’re trying to solve bigger and bigger problems. The challenge is: how do we stay agile, and stay nimble and yet think long term? That is an insanely difficult thing to square up.

How entrepreneurial do you feel UK businesses are compared to other countries?

I think in Europe other than really emerging markets like Turkey and Poland maybe, we’re very entrepreneurial. If I look at Germany or France – we do a lot of business there – I think Britain is way more entrepreneurial. Things like the EIS scheme and the cost of employing people versus France is a massive incentive for entrepreneurship.

But compared to the US probably a little bit less. There’s this libertarian, pioneering, one-man-to-himself element to the US spirit, which comes from the founding fathers. That is evident in the US in a big way – you only need to spend a couple of weeks in San Francisco, talking to the people there and you realise that it’s just insane how many people are thinking about their next venture or doing something new. I think we’re good but the US is even better. 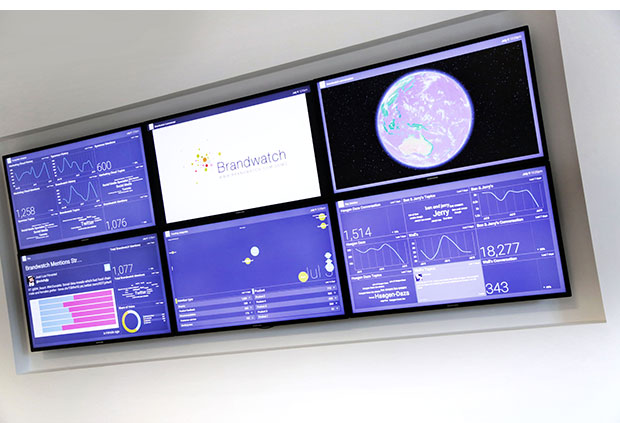