Pre-tax profits slipped 4.1% to £3.5m, but that’s because the firm has been splashing out in a bid to maintain its steep levels of growth – it claims to have been the fastest-growing food and drinks company in the UK for the past four years. Last year, it opened 16 new bars around the world and shelled out £20m at its Ellon brewery to increase capacity from 200,000 hectolitres per year to 1m.

Co-founder James Watt said 2015 was ‘all about laying the foundations for the next five years of future growth’, while a new brewery in Ohio, due to be completed next month, forms part of the plans to get more of a grip on the US market where there’s a decent appetite for craft beer. It makes up 20% of overall beer sales.

You might have thought we'd reached peak coffee but BrewDog hopes to drag in more daytime customers by giving them a shot of caffeine. It has bought a 33% stake in Edinburgh-based Third Wave Coffee and wants to offer coffee across its 29 UK bars. That mirror's pub group JD Wetherspoon's successful attempts to appeal to earlybirds with new breakfast offers and Pret  a Manger's expansion into hot dinners and alcohol.

Read more: 'I'd rather shoot myself in the head than sell to a big brewer' - James Watt, BrewDog

BrewDog has become popular and controversial in equal measures for its unusual marketing, including its launch of the world's most alcohol beer at 55% (and most expensive at £700 a pop), which came packaged in taxidermied stoats, squirrels and hares.

The firm’s founders aren’t known for being the shy and retiring types either. Watt’s recent eyebrow-raising appearance on BBC reality programme Who’s The Boss was testament to that. The idea was meant to be that he’d recruit for a position, but Watt soon made it clear he wasn’t a fan of the show's 'collaborative' hiring process - where staff choose the candidate. He changed the job title halfway through the programme, received a hefty bout of criticism on Twitter and later called his appearance on the show ‘a bit of a disaster’; something of an understatement. 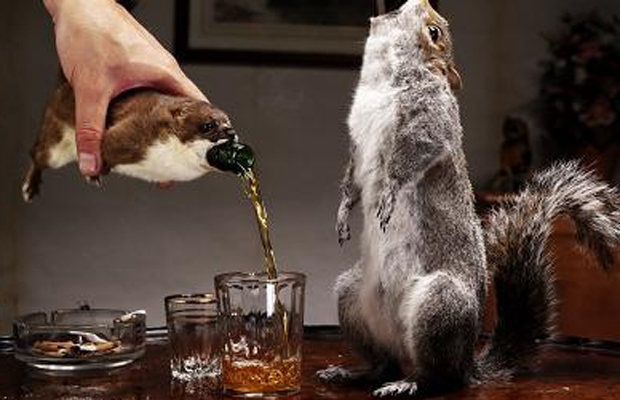 Elsewhere, BrewDog has been focusing on hitting an ambitious funding target on its own Equity for Punks crowdfunding scheme. While it's reportedly reached £14m of investment sought for new beers, bars and a hotel, that's still a way off the £25m target to reach by end of April. Though it was a big ask to start with - £25m would be more than anyone has raised through equity crowdfunding.

Since the beer maker is also launching Equity for Punks USA for American beer fans in May, it's fair to say confidence at BrewDog remains high that its approach to crowdfunding is delivering though. Still, the firm will be keeping its fingers crossed that US armchair investors have a taste for controversial craft beer and feel inclined to chip in to keep the BrewDog juggernaut rolling on.