It's that time of year again. After weeks of anxious waiting, Britain's A-level students have finally found out how they did - and whether they're getting into university. Two per cent more have been accepted on university courses this year, despite a 2.3% fall in the number of school leavers.  But do good grades really matter in the long-run? In this feature from last August, MT speaks with some of the biggest names in businesses to find out how they did.

How important are your A levels? How about GCSEs? At the time it can feel like your whole future hinges on a few hours crammed into the eerie silence of the school gym. Yet there are numerous examples of world-beating bosses and billionaires who weren’t exactly A* material in the classroom.

Indeed many of these are proudly self-made men and women, wearing their lack of qualifications as a badge of honour. Their success came from practical intelligence and a hunger for hard work, not expensive schooling or an in-depth knowledge of 2nd declension Latin nouns.

The idea that an over reliance on grades misses underlying talent has become fashionable recently. PwC and EY both ditched A levels from their selection criteria this year, leaving some people wondering if they’re fit for purpose.

The fact remains, however, that academic success is clearly linked to future earnings. Data from the government’s Labour Force Survey in 2010 showed that adults whose highest qualifications were A levels earned 15% more on an hourly basis than those who just had GCSEs. University graduates earned 85% more, while those with no qualifications at all made 20% less.

So are those self-made school leavers simply the exception to the rule? Do you need to speak seven languages and have an implausible string of A*s to succeed in corporate Britain today? To find out, we got some of the country’s top business people to spill the beans on their school days, share advice on dealing with exam pressure and, of course, reveal how they did in their own A levels. 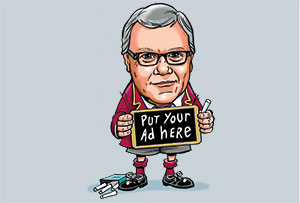 The boss of the world's largest advertising firm was a prefect and captain of the cricket team, but exams did not agree with him.

Which school did you go to? Haberdashers’ Aske’s Boys’ School. I was a prefect, a sergeant in the cadets and the captain of the cricket first and rugby second teams... Read more 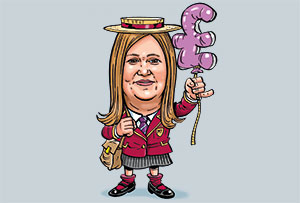 City supermum Horlick found changing schools an ordeal, and originally wanted to be an actress.

Which school did you go to? I was one of a handful of girls at Kingsmead boys’ prep school, which I loved. Then at 12, my parents sent me to Cheltenham Ladies’ College, which I hated... Read more 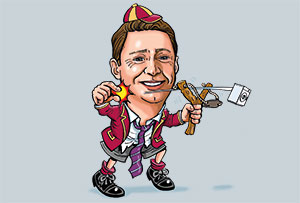 The online appliance entrepreneur wanted to be a double glazing salesman, and always enjoyed fast maths.

What grades did you get: I got 2 As, 3 Bs and 3 Cs at GCSE, but failed my A levels, which were in maths, geography and economics. It had nothing to do with the way I was taught. At the time... Read more 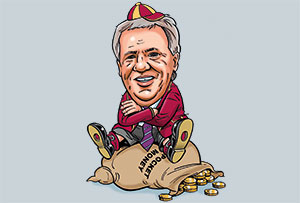 The asset manager wasn't too fussed about exams, but says he'd have a much harder time of it now.

Which school did you go to? I boarded at Robert Gordon’s College in Aberdeen. I always say if you’re good at sport, you’ll enjoy boarding school... Read more 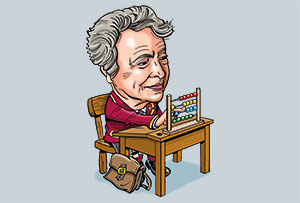 The tech pioneer and philanthropist was desperate to study maths, but that meant going to the nearby boys school, which was an 'experience'.

Which school did you go to? My sister and I arrived as refugees from Nazi Germany in 1939, and were placed with a foster family in Lichfield. I started... Read more 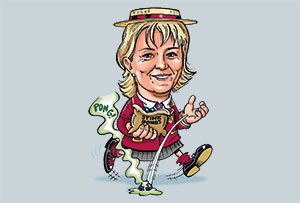 The cosmetics entrepreneur left school with no qualifications but enjoyed subjects she could visualise.

What was the worst thing a teacher said about you? I’m dyslexic, but they thought I was lazy. I’d stare at the words on the blackboard and by the time I understood what it said... Read more 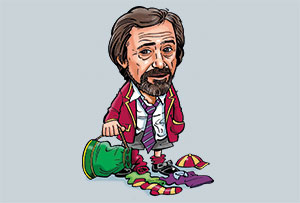 The fashion firm co-founder wanted to be a doctor but that didn't play to his strengths.

What grades did you get? At O level I got 2 As, 4 Bs and 4 Cs. I then made the fatal mistake of thinking I was going to be a doctor, so I took Physics, Chemistry and Biology at A level. That really wasn’t playing to my strengths... Read more

Leadership clinic: "How do I successfully onboard my staff remotely?"