Consumer confidence can be a fickle thing, but if you're searching for signs it is on the up on the UK, you just have to look at how the car market is doing. Figures released by the Society of Motor Manufacturers and Traders (SMMT) today show that new car registrations in August were up 9.6% year-on-year to 79,060 - marking 42 months of consecutive growth. Registrations, which are comparable to but not quite the same as total sales, are up 6.7% in the year to date. 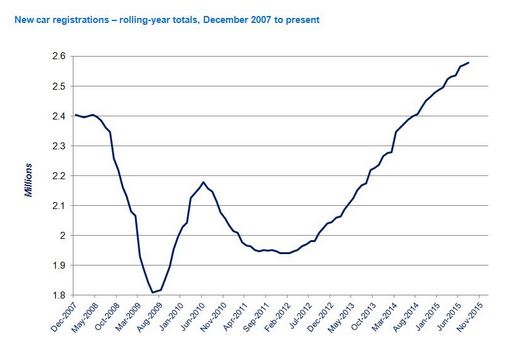 The boost was partly thanks to a surge in 'alternatively-fuelled vehicles', a category that includes plug-in electric and hybrid cars. Although their share of the market is just 2.7%, their sales have surged by 58.4% in the year to date – suggesting that people are increasingly keen on more fuel-(and cost-)efficient models.

Review: BMW i3 - Silent, sustainable and quirky, an electric car you could actually live with

Registrations of purely electric cars were up 66.8% while 'other' electric cars were up 419%, so it seems motorists are increasingly cottoning on to the benefits of going electric. But the low availability of charging stations, slow battery charge times and limited range mean we've still got a long way to go before they become the norm.