Viral marketing isn't something many entrepreneurs consider as an option. Not only is it unpredictable by nature, but it's often associated with a fairly hefty budget. It isn't just something big businesses get lucky with now and again though – as Dollar Shave Club showed with their memorable advert which cost just $4,500 to produce.

There’s no magic recipe but if you run a fledgling firm and want to boost your profile, a slick marketing stunt that captures people’s attention could be the answer. But make sure you invest your time and money sensibly.

Lee Thompson, co-founder of The Flash Pack travel start-up, caused quite a stir on social media when he managed to wrangle a selfie at the top of Rio's Christ the Redeemer statue, which quickly went viral in 2014. He says it’s important to ‘read the news daily and monitor social trends on Twitter to see what everyone is talking about’, and his picture piggybacked on two of the biggest trends for the year – the World Cup and the selfie.

‘The problem with viral is that you can’t really predict who’s going to share and where they’re going to share it, so you don’t know if you’re hitting the right audience,’ Alex Jeffries, strategy director at content agency Lost Boys, warns. To give you the best chance of doing so, thorough planning is important. Targeting particular news outlets you think will be interested could pay off – Thompson said barely anyone took an interest in his selfie until he managed to secure coverage in the Daily Mail. 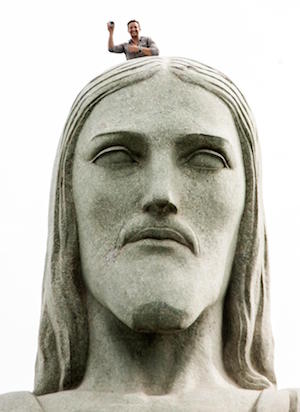 Make sure it fits with your brand

Thinking outlandish and eye-catching is all well and good, but your approach to marketing needs to fit with your brand. Jeffries says ‘anything has to feel authentic’ – so using shock value works incredibly well for a company like Paddy Power, but a business that hasn’t carved out such a niche won’t be able to pull that off in the same way.

Thompson agrees; he feels the most important attribute for an entrepreneur aiming to go viral is ‘that it ties to your brand’. His Brazil picture aligned with the image The Flash Pack wanted to portray – an adventurous travel firm offering experiences outside the norm.

Joe Wade, founder of media agency Don’t Panic, has created several cause-related viral videos and thinks if you’re determined, being a little bolder can pay off in terms of creating content that people want to share – ‘push yourself outside of your comfort zone’ and the results can be considerable.

He also emphasises the importance of remembering the purpose of your endeavour. ‘It’s not to create a viral video; it’s to get more sales and so it needs to be effective commercially however crazy you decide to make it,’ he says.

Keep cost and effort to a minimum

Corporates can afford to outsource their marketing efforts to an agency, but many entrepreneurs will be counting every penny. You don’t need a massive budget to be successful though.

Wade says that bootstrapping entrepreneurs should look to ideas like Thompson’s which took off and consider the less expensive options. ‘Content doesn’t need to be video, try cheaper GIFs or simply images’ in the early days.

Thompson’s stunt ‘cost nothing more than a cheap flight to Brazil and a few nights in Rio’ - not peanuts, but nothing compared to a full-on advertising campaign. It secured over 100m views worldwide, 50m shares on social media, TV appearances on the BBC and CNN, and drew over one million hits to his business’s website in three days. It may seem easier said than done, but the idea and its execution are the most important elements. An unlimited budget isn’t necessary for that. 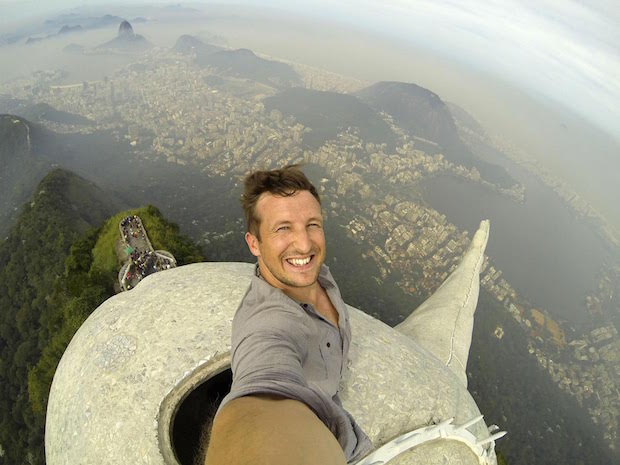 It’s not just about the sudden surge in social media attention a successful viral idea could secure – you need to capitalise on the opportunity as soon as possible. Your idea may take a while to plan but once it’s in the public domain it can be forgotten in seconds.

Thompson only agreed to the use of his picture on news platforms if they agreed to include a link to his website – ‘you want to generate as much as traffic as possible to your site’. While most major news organisations got in contact to ask for permission to use the image, many just ran with it, missing off all branding. Thompson says the business’s approach here was persistence – his partner emailed every single one to ask them to add a website link and brief information about The Flash Pack, which paid off in spades for sales and SEO.

Don’t put all your eggs in one basket

No matter how good your content is, there are no guarantees of success. ‘There are probably five or six examples of lo-fi brand videos in as many years which you can think of that took off,’ Jeffries says.

If your attempts to go viral pay off then that’s great, but it’s so hit and miss that you would be foolish to focus on it at the exclusion of other marketing techniques. ‘There are all sorts of things you can do, especially in terms of social media – paying for targeted ads and use of search, and that’s going to be a lot less risky than putting all your eggs into a viral basket,’ Jeffries adds.

It won't work for everyone and it's not always the best approach – particularly if you have a specific target audience you want to make sure you're capturing. But it's definitely worth considering, because the results of successful viral marketing can often far surpass any other alternatives.

By Stephen Jones
29 hours ago
Coronavirus