2017 is shaping up to be a year of uncertainty. A lot of the key assumptions we make in business about the framework in which we operate are being challenged, in politics, the economy and the way we work. How do you manage risk in that environment?

Investors like to know where the goalposts are and get frustrated when they get shifted. That has led our business to place capital in structural trends that drive through that environment. The Internet of Things as a trend is going to drive over Trump or Brexit. Businesses don’t stop – it’s up to us as investors to support entrepreneurs who spot the opportunity in the change, which can be tech driven as much as politically driven.

For us, uncertainty started back in 2008 when pretty much 20% of our market disappeared overnight. That caused us to reevaluate. We looked to grow overseas and were successful in the eurozone, but exchange rates went against us and we didn’t get the return we’d expected, so we put more effort where denominations are in dollars: the Middle East and America.

Managing uncertainty is just the new normal. We tend to focus on Brexit and Trump, but before that a lot of businesses worried about the National Living Wage, interest rates and changes in income costs. In any scenario being leaner, more efficient and more adaptable makes sense.

There’s a difference between risk and uncertainty. Risk is quantifiable, you can put numbers against it. Uncertainty you can’t. You have to deal with them in different ways. Risk you can hedge, both strategically and financially. Uncertainty is a whole different ball game. It grows out of complex systems, which do not like efficiency. If you become too efficient, then when something changes you have no spare capacity with which to respond. This paradox is creating quite a lot of tension in organisations. 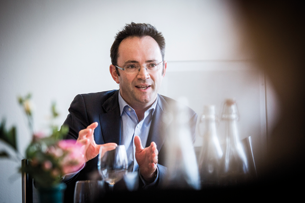 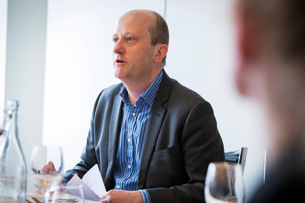 A lot of businesses in my sector have been in the trenches for so long. Culturally, people are told ‘no’ for so long that they stop asking. You have got to re-energise the business to get people to take advantage of the situation, rather than not taking risk.

Saunders: What about political uncertainty, and this idea of being a politically active chief executive engaging with policy decisions you don’t agree with? Howard Schultz and Jeff Bezos reacting against Trump’s travel ban, for instance?

Hearn: I absolutely think we should engage. In my business, we’ve got people like Airbnb and online travel agents eating into our margins, and we have to cry foul on things like unfair playing fields for taxes. The existential threats to running a business are greater now than they have been in my 40-year career, and government interference is pretty much top of the threat list.

Bill McElroy, MD, advisory, Turner & Townsend: It’s not the civil servants making these quick policy decisions now. I’m not saying take up our placards and stand outside Westminster, but I do think we have to influence those making decisions to at least contemplate what those decisions mean.

Shelley Frost, executive director, policy, IOSH: If you’re going to be resilient you need the right ideas and the right people, so talent is a big area of uncertainty. Having spent decades breaking down the walls, we think of ourselves as a global entity. Obviously seeing the walls set up again is going to affect the ability to recruit and retain talent. But instead of a political discussion about how people are going to come in, it’s how we can support people to come and work for us, no matter where we are and where we operate in the world. Chief executives should say this is not good for business, but at the same time actions speak louder than words. Making your organisation more competitive by focusing on talent is definitely one way of breaking down those barriers.

Dil Sidhu, chief external officer, Alliance Manchester Business School: Consumers are so switched on that there’s a requirement for CEOs to stand up for something because it’s good for business. Amazon and Google aren’t just speaking out because it’s the right thing to do – a lot of their programming and their international market expansion depends on other nationalities being involved. 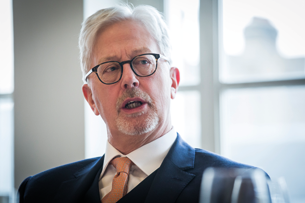 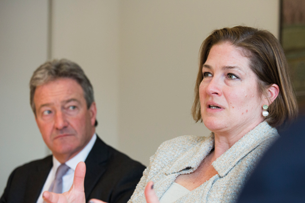 Saunders: Aren’t there risks to getting engaged in politics?

Heffernan: There are risks if you don’t mean it. If you try to second guess what’s going to win brownie points today, you’re going to look like an idiot tomorrow. You have to think pretty deeply about what you stand for, I don’t think it’s about PR at all. The levels of trust in business are really low and should be low. How far are the leaders of companies in touch with the people who work for them or in any way representative of them? If that communication isn’t really coherent and consistent, you’re going to find getting involved in politics is a nightmare, because if what you think is good for your company is different from what your workforce thinks is good for your company, then who the heck are you?

Bantin: We’ve got accountants and consultants coming out of our ears, but is this a high-quality, healthy organisation? As an investor, it’s the hardest thing we find to assess. 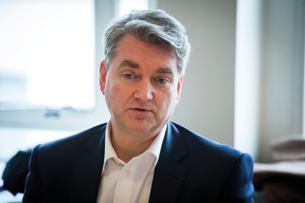 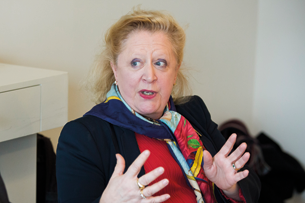 Saunders: Is there a disconnect here between the world view from the executive suite and from the factory floor?

Blackwell: The view from the shop floor is usually quite simplistic. It’s ‘Have I got a job next week and how much will I get paid?’ We made all our factory staff shareholders, all they had to do was register to get them. We still had 30-40 people out of workforce of 600 who didn’t want them, which I didn’t understand. But it’s beginning to pay off.

Hearn: In service industries, when I started over 40 years ago, people would do something for you because you had a title that said manager. Now they’ve got to want to do it for you as an individual. That’s about giving a bit of yourself to them so they want to do it for you.

Frost: I’m a believer that everyone is a leader, not just the CEO. If you’re going to effect change in your organisation you’ve got to empower everyone. If you create a transparent culture, they will tell you where they can make a difference.

Sidhu: Senior people are expected to have all the answers, so for a lot of them it’s a sign of weakness to ask their team what they think.

Martin Samworth, CEO, EMEA, CBRE: Leadership is not a static thing. We’ve seen organisations change and adapt and very often some of the leadership team don’t change and adapt with it. It’s incumbent on all leaders to evolve personally, otherwise they’ll be left behind. 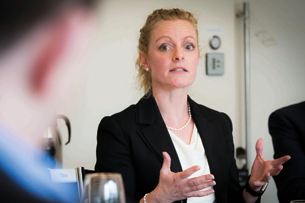 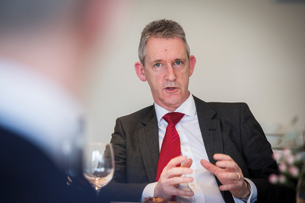 Saunders: What does leadership look like in the new type of blended organisations, with subcontractors, permanent employees and freelancers?

Amy Scargill, HR director, Transline: We have drivers who are Limited companies and a huge number of PAYE and permanent employees. It’s very difficult to manage expectations when they’re doing exactly the same job on different terms and conditions. It comes back to being honest, transparent, giving them all the information they require about the contracts they’re on. We’ve spent a lot of time and money making sure the communication lines are there.

Eden: At Eden McCallum, all our work is delivered through independent consultants, so we’re often held up as a poster child for the gig economy in professional services. I view us as a network business and we’re a really big node among many others. To make that work you have to be clear about what you’re doing, your purpose and why it’s valuable for others to be connected to you, whether they’re consultants or clients. 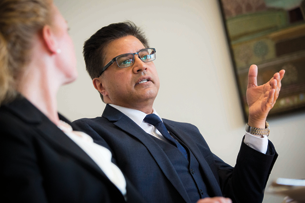 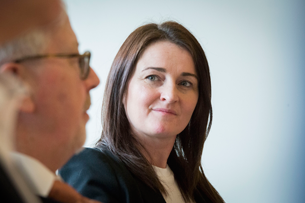 Saunders: How about the physical environment, giving people a sense that you’re interested in them and investing in the place they’re working?

Blackwell: A factory’s got to be a safe environment – employees need reassurance that they’re going to go home safely. In this day and age, you also have to go out of your way to make jobs as rewarding and as interesting as possible.

Samworth: Our job is to create an environment for people to flourish. It influences productivity, our ability to attract people and the whole sense of community and ambience. We’ve taken businesses out of one environment and put them in another, and added 10% to their revenue. I’d say it’s never been more important than it is now.

Eden: And it’s about engagement. People think we must have bean bags, ping-pong tables and fireman’s poles, but it has to reflect your business and culture.

Heffernan: I agree, but I don’t believe in architectural determinism. I worked with a company, which had a fiercely competitive culture. They thought if they put in open plan areas everybody would become friendly and collaborative. You could have heard a pin drop. It didn’t change because the reward structure, the values and the leadership hadn’t changed.

Samworth: Leadership has a heavy influence on the mood. If you walk into the office and it’s like a library, you’ve got the wrong leader.

Frost: The working environment is how you present yourself as a brand to your workers, so it surely has a huge impact on how they operate. There are different expectations now about how people want to work, so a lot of it is about making yourself more attractive to talent in a competitive marketplace.

For more on retaining a happy, healthy workforce, visit the Institution of Occupational Safety and Health