The discourse about CEO pay often ends up feeling more like a witch hunt than any kind of actual debate. Initiatives like Fat Cat Friday - pushed by the High Pay Centre to mark the day in early January when the typical FTSE 100 CEO’s earnings surpass that of the average annual salary – tend to draw condemnation, when really they should be an opportunity to discuss the reasons for high executive pay, and what that pay is for.

CEOs earn millions as a consequence of a system that favours performance-based long-term incentive plans and the close alignment of shareholder and management interests, not just because bosses are greedy. It would also be wrong to assume that the UK is alone in this indulgence.

Recent research compiled by SmallBusinessPrices.co.uk compared the UK’s CEO pay gap with the rest of the world. 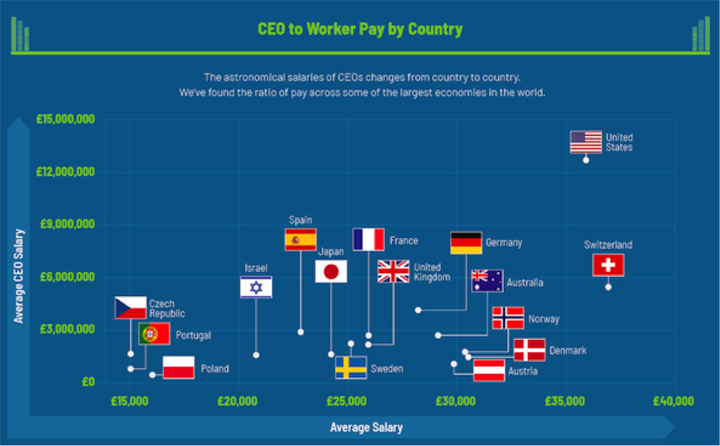 There’s no doubt that executives should be paid significantly more than the average worker - they shoulder the responsibility of steering the business, they oversee key decisions and are ultimately accountable for how a well business performs - but that doesn't mean we shouldn't try to reduce the gap, especially when pay imbalances can have a toxic effect on corporate culture and therefore performance.

A new rule introduced in January 2019 will force UK businesses with over 250 employees to publish and explain their internal pay ratio by 2020. This is certainly a step in a more reasonable direction, but more concrete changes to corporate governance rules and culture are needed before we see genuine progress.