When Charles Morgan was ousted as managing director of Morgan Motors last October, the family fallout was more acrimonious than a feud between the Mitchells on Eastenders. Now, though, MT understands the grandson of the 100-year-old car company’s founder is planning to buy out his sister with the backing of multiple investors.

Morgan is trying to raise £5m from investors through online, members-only investment platform QVentures and Invest UK, which provides services to foreign investors, said a source close to the deal.

Morgan is understood to be planning to buy his sister Jill Price’s shareholding. Morgan still owns 20% of the company, Price owns 10% and her husband David Price is a trustee of a trust that owns 48%, Morgan told the Birmingham Post in March. Morgan is one of the beneficiaries of the trust, he told a conference last year. Various nieces and nephews are also non-executive directors of the company.

However, Morgan Motors’ managing director Steve Morris told MT that a conversation between Morgan and Jill has not taken place.

According to the most recent Morgan Motors results, ‘Shareholders’ funds’ were valued at £6.5m at the end of 2012.

‘The deal is definitely going ahead. Whether the funding can be raised for it is another question, but I’m very optimistic,’ the source said.

‘There’s a few sensitivities to be ironed out first of all, in terms of the relationships in the family, which I’m expecting will be all ironed out in the next two or three weeks, and then it will be go time.’

In an interview with MT earlier this year, Morgan made it quite clear that he wanted to regain control of the company. He also complained about the trials and tribulations of working in a family firm.

‘The challenge…is that you will never be appreciated,’ he said at the time,’ Morgan said.‘Even if other family members don't work in the business, they will always have a sense of entitlement. When the company does well, greed rears its ugly head.’

Meanwhile, Morgan’s wife Kiera took to Twitter last October to berate the family (without naming specific members) in a series of emotional tweets. 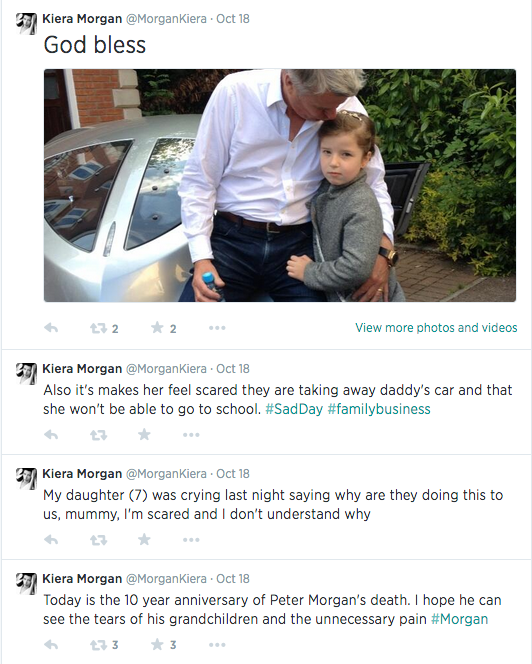 If the deal does go ahead it seems blood may well be thicker than water.

Morgan, QVentures and Invest UK all declined to comment.