The evolutionary anthropologist Robin Dunbar stipulates that the maximum number of relationships the average human can meaningfully sustain is 150 - colloquially known as Dunbar’s number.

With that in mind it’s no surprise that when an organisation spans continents and employs several hundred or thousands of people, maintaining a cohesive and creative culture becomes a significant challenge.

Since being founded as the private equity arm of insurance giant AXA in 1996, it’s grown to become a truly international business: with $82bn of assets under management, Ardian now has 560 staff spread across 15 countries.

But with this success came a problem. What had once been a small, relatively entrepreneurial culture was as risk of becoming a bureaucratic machine. The firm’s solution was innovative: it created a shadow executive committee made up entirely of millennials.

Tapping into a diverse range of voices

The label of shadow committee probably gives the wrong impression as to the exact role of the Millennial ComEx (as it has been called) says Inigo Weston, a senior investment manager at Ardian’s London office and member of the committee.

It’s made up of 12 young people from various departments across the firm’s global offices.

While the executive board is responsible for business and strategic decisions, the ComEx focuses on how the business could improve softer areas that might otherwise be missed and how these could develop in the future. These include talent, technology, cohesion, social impact and reputation.

"We try to find areas where we think that they wouldn't be that aware because they are 45-50 year olds and they are disconnected from what matters to young people," explains Weston in jest.

The basic premise is that technology, the world of work and what matters to employees have changed so much over the last 20 years that younger people need to be involved in how the firm develops over the next 20. The geographically diverse spread of the ComEx’s members is also intended to encourage greater cohesion and spread of ideas throughout the global firm. 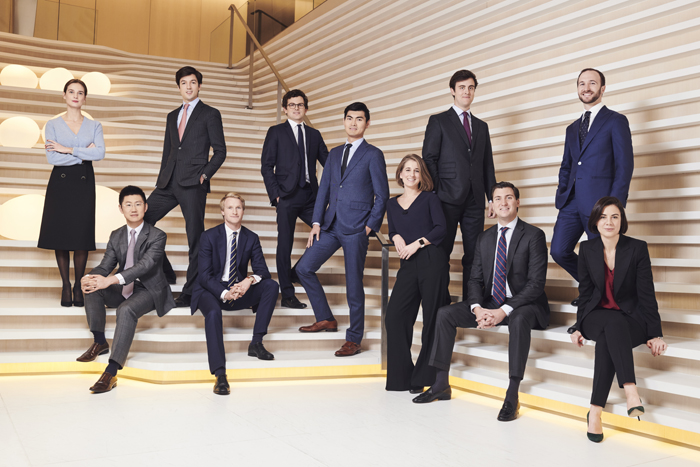 It was originally started in 2016 as a one-off, three day working group of younger employees to reflect on the company’s growth. After its long-term value became apparent, it was decided that its 12 members would form a permanent committee.

The body meets in person twice a year, but interacts via video conference every six weeks and feeds back to the executive board at least once a year. It is chaired by a president, who is replaced annually, and the whole committee rotates in a staggered way every two years.

Potential ideas are discussed, voted on and - if approved - designated to ComEx members to develop in conjunction with specific departments. It's relatively free to pursue its own agenda, but if a project requires a significant cost or restructure, final sign off is required from the executive board.

Nevertheless its members say that the relatively risk free environment within the ComEx has given projects that may not usually get the time or buy-in a chance to develop.

One of the most significant has been the restructure and refocus of the company’s charitable arm - The Ardian Foundation.

"We discovered that it was very French focused. In fact none of us outside of the French office really knew clearly its aims or what it represented," says Monica Lumsden, Ardian’s Head of Fund Finance and ComEx committee member.

The ComEx solution was to decentralise the charitable board and increase participation across all of the businesses offices. Lumsden says that employee participation in the arm has doubled since 2016.

Other examples include working with the company's diversity and inclusion programme to create new roles and increasing Ardian’s recruiting presence in universities. Weston says that as these didn't require a significant cost, just employee time, board approval was not needed.

As the ComEx is nearing the end of its first two years, the first rotation is due to start in 2019. New members are either recommended by the wider employee base, or can express an interest themselves. The final line-up is decided by the current members.

It hasn’t been without its teething problems. Weston admits that it took a bit of time to communicate the exact role of the ComEx to the wider employee base, but it has given the business three main benefits.

Firstly from a creativity and innovation perspective, it’s tapped into a diverse range of voices and given projects and ideas the opportunity to be discussed and developed in a relatively risk free environment.

The second is future proofing the company (time, clearly, will tell if that has worked) while the final benefit is in the acquisition and retention of talent. "Good people want responsibilities," says Weston.

How St Ives left its legacy business behind