This week, for the first time ever, a private investor put £1m of their own money into a business through an equity crowdfunding platform. It's a major milestone for Crowdcube, which was founded just five years ago but has grown to become one of the most-talked-about businesses in UK tech and corporate finance.

Once written off as a fad for startups that would never make any money, equity crowdfunding, which allows 'armchair investors' to buy small stakes in startups, now accounts for one fifth of all equity finance deals in the UK. JustPark, the parking space finder app backed by BMW, raised a record £3.5m through Crowdcube back in March.

It's also been the funding method of choice for Poundland founder Steve Smith's new property venture, and for former Dragons' Den investor Kelly Hoppen – though her pitch was dropped after failing to drum up enough interest. It's still got its detractors, but raising money from the crowd has emerged as a serious option for fast-growing business that are really going somewhere. 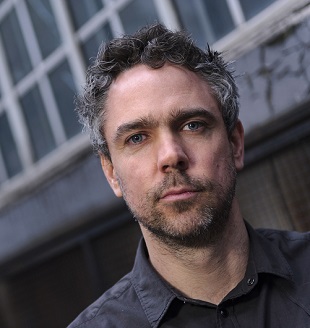 'In the last twelve months the business has evolved and developed quite dramatically,' says Crowdcube co-founder and CMO Luke Lang (pictured), who launched the business with colleague Darren Westlake, the company's CEO, back in 2010.

It would be fair to say Crowdcube is a pioneer in the field. Though individual businesses have sold off shares on their own, Crowdcube was the first company in the world that allowed businesses to list their offers and investors to buy shares through its website. Competitors have sprung up since though, the most notable being Seedrs, the first platform to get approval from a financial regulator, and SyndicateRoom, which allows the crowd to invest alongside professional investors.

Crowdcube spent its early days bootstrapping to keep costs low but more recently, funding has been much easier to come by. As well as raising several rounds through its own platform (the latest for £1.2m), it also landed £3.8m from Balderton Capital, one of Europe's biggest VC firms, last July. It seems institutional investors – or at least some of them – are beginning to take crowdfunding more seriously. But its critics do have some understandable concerns.

Last year the Financial Conduct Authority created regulations that made it easier to sell shares to ordinary members of the public, rather than sophisticated investors. The crowdfunding industry regards this as a stamp of approval, but some are worried that it could lead to members of the public blowing their savings on extremely risky startups shares they'll never make a return on.

With Crowdcube ads touting investment opportunities plastered on buses and tube trains across London, it seems the idea of crowdfunding is becoming increasingly accessible to everyday people. Is there a danger of Joe Public putting loads of cash into crowdfunding without realising how risky it is?

'I don't think so,' says Lang. 'There's big risk statements everywhere on the ads. They're fully compliant. The ad is just to grab people's attention – people have to go on Crowdcube and register before they could make an investment or even see the full investor proposition. I think we're completely open and honest and transparent on the risks and I think that there's no one on the site that doesn't understand the risks before they make an investment.'

Crowdfunding as a whole has also raised some eyebrows for producing some remarkably high valuations. It's not unusual to see unprofitable companies with a short trading history and questionable projections valuing themselves at several million pounds.

Lang says some of the valuations are partly a product of Crowdcube attracting more established businesses, but its also about understanding the potential value of a business to an acquirer. He mentions the recent raise by Camden Town Brewery, whose £75m valuation attracted some controversy in March – especially after it had to cut it in order to sell a minority stake to another brewing company. It's since emerged that a global drinks company offered to buy the company for even more than the initial valuation.

'A potential acquirer isn't necessarily looking at it thinking how many bottles of beer do you sell, what are your distribution channels and how many outlets you have,' says Lang. 'What the acquirer was looking at, was thinking Camden Town Brewery as a brand is the sort of brand we want in our portfolio.'

What Crowdcube could really do with now is a successful exit. So far absolutely none of the people who have invested through the platform have made their money back, and it would be a serious boost for the company if some of the backers could make back a decent return. But Lang says it's not a problem for now, and that he anticipates successful exits in the future.

'We've funded 258 businesses,' he says. 'There will definitely be an exit sometime in the future. There are some businesses out there I know that are having those kinds of discussions.'

Crowdcube's also got lofty ambitions for the future, from boosting its international presence to expanding into other forms of funding. 'I think 10 years from now, Crowdcube will probably be a very different beast,' says Lang. 'With IPOs it might be a common thing that there's an allocation to Crowdcube. Putting the public back into IPOs is something that the Government is keen to see, regulators are keen to see and I think some businesses are keen to see it as well. I see no reason Crowdcube couldn't be the platform to do that.'

That might seem a bit ambitious for a business that's yet to generate a return for investors. But if some of the 258 businesses who've raised money through it start to bear fruit in the not-too-distant future, then it's not totally inconceivable.

31 hours ago
Women in Business