Education can be a touchy subject for people. Parents are often very sensitive about how and where their children are taught, while schools and colleges themselves are often steeped in tradition when it comes to the ways of teaching. So any business rocking the boat in that respect was inevitably going to come up against some resistance.

But online education provider Coursera has won over many of its sceptics. Since its launch in 2012 it has secured nearly $150m in funding and now has 145 partners across six continents. These include the American Museum of Natural History, Brown University, the University of Geneva and the University of Edinburgh. It's one of a new batch of businesses shaking up education, alongside the likes of Udacity, Udemy, Lynda and Treehouse.

‘Every business has challenges and I think one of our big ones was getting universities which had been doing business in a certain way very successfully for, sometimes centuries, to think differently,’ says co-founder Daphne Koller.

‘A number realised there was a massive change coming in online and digital technologies that were going to really impact the way education as delivered. They decided they wanted to be leading that movement and be able to shape it, rather than watching the train go by.’

The former computer science professor at Stanford University is adamant Coursera isn’t out there to usurp traditional schools. Rather it wants to broaden opportunities for students across the globe and provide people of all ages the chance to develop various skillsets.

This breadth is evident in the courses on offer too – spanning many disciplines in the humanities, which has helped attract a large student base. All courses are accessible for free, but some have the option to pay a fee to receive certificates and many specialisations are fee-based.

Koller says some 20 million people have now signed up on Coursera, 600,000 of which are in the UK. Some 60% of the UK users are aged 20-35, looking to make themselves more desirable to employers.

Coursera has seen increasing admissions for courses that are ‘communication-centric and technology-focused’ and current top courses in the UK include ‘Speak English Professionally: In Person, Online and on the Phone’, ‘Learning How to Learn: Powerful mental tools to help you master tough subjects’, ‘Machine learning’, ‘R Programming’ and ‘How to Create a Website in a Weekend’. 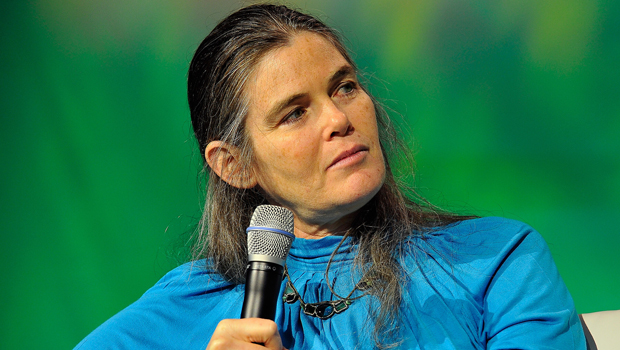 But which skills does Koller think students should be really swotting up on for future success? ‘One of the bigger ones we’re seeing is the ability to handle data,’ she says. ‘I don’t just mean big data, but data-oriented thinking and business analytics.’

Koller then points to an often overlooked set of skills as those that'll always be valuable. ‘The whole range of soft skills is also very important,’ she says. ‘We’re getting to a point where the world is changing really fast so concrete skills that are important today might not be useful tomorrow.’ But the abilities to formulate a problem, work well within a team, accept responsibilities and be flexible don’t have a sell-by date. ‘All of those skills that I think for a while weren’t seen as important will be for a long time.’

While she notes employability skills are crucial for everyone, one attribute Koller feels women in particular can benefit from is ‘a certain level of assertiveness’, as it can be all too easy to feel you’re being pushed around in the workplace.

‘There’s certainly societal expectations in business for a woman: certain behaviour that would be considered perfectly acceptable in a man is not so acceptable for a woman and I think there’s certain conditioning that goes on,’ she says.

How we recovered after our first product was "a total flop"

43 hours ago
Down to business

43 hours ago
Down to business

The leader who quit on her first day - and 7 other noteworthy tales ...

Who quit their job on their first day? And 7 other interesting stories you might...

Jan Steele, co-founder and non-executive director of Lucid Group reveals the steps she took to...