The glamorous world of consumer goods marketing might not be the typical training ground for a future insurance CEO. But that’s exactly where Paul Geddes, chief executive of Direct Line Group, started out. Like MT’s November cover star John Vincent, he began his career at Procter & Gamble marketing everything from nappies to cosmetics. So how did get to where he is today?

‘It’s a bit like chess,’ he tells MT when we meet in his office atop DLG’s building, thriftily located in the south London suburb of Bromley. ‘I don’t mean this in an arrogant way... a king can move one square at a time, but in any direction.’ After P&G and a spell in retail at Comet and Argos, in 2004 he became head of marketing at RBS. Then he ran the bank’s retail operation before being made CEO of its insurance division, which was later spun out as DLG. Cumulatively the small steps all add up. ‘Each little move has been a logical one’.

Plus, he says, FMCG companies are the perfect place to learn the art of business in general – not just how to push consumer products. ‘How do you understand a market, what do customers want, how they segment. P&G was the master of having multiple brands to meet different customer needs but behind the scenes having the efficiency of doing some things the same and some things differently.’ Much like his current employer, then - as well as its flagship Direct Line brand, DLG also runs Churchill, Privilege, the business-focused NIG and the GreenFlag breakdown recovery service.

The late noughties were a difficult time to be at RBS. Geddes took over as its retail boss two years before the bank played a starring role in the financial crisis that led to its nationalisation. ‘One only ever realises [how challenging it was] in retrospect, because at the time you’re just so focused on what’s going on then, what do we need to do today, tomorrow,’ says Geddes. ‘It was the people in the branches...people who hadn’t, in my opinion, done a lot to cause the financial crisis or some of RBS’s own challenges, who were on the receiving end of what was, probably quite rightly, disapproval from customers.

‘Clearly there are management lessons one has to learn from those sort of experiences – looking at an organisation and saying, what were the good things about RBS and what were the bad and, now that I’m CEO, how can I be different to that?’

While RBS remains in the hands of the government, DLG - and Geddes with it - had a lucky escape. The bank sold 30% of its stake in an IPO in October 2012 and has since relinquished the rest of its ownership, leaving Geddes the CEO of a free-standing business that’s now a constituent of the FTSE 100. And it’s all gone rather well since. ‘We’ve had a pretty good run, the share price has doubled and we’ve given two thirds of the IPO price back in addition through dividends.’ In August its latest half-year results came in ahead of forecast with a 4% increase in premium income.

Geddes seems especially proud of the performance of the core Direct Line brand, which unlike stable-mates Churchill and Privilege has chosen not to go head-to-head on price with all the other providers on comparison websites, but to try and differentiate itself. ‘There was a sense of commoditisation of the market – it’s just about price, why bother investing in brands and propositions? We felt like for a lot the market, yes, that’s what it is about...but we also said let’s make Direct Line better – let’s try and make the product the best you can buy, remove some of the things that annoy customers, guarantee to do things quicker and with less friction than our competitors.’

Buying insurance isn’t something people do for pleasure so many of us plump for the cheapest option available. But it’s easy to see how somebody with an expensive home or car and an experience of dealing with unhelpful insurance call centres could be tempted to pay more for a premium service. As well as improving the product it has also splashed the cash on its brand – you might have seen Harvey Keitel starring as Winston Wolf in its Pulp Fiction themed ad campaign over the last couple of years. ‘I’m a believer that the brand has momentum – customers can smell brands that are doing well and are successful, and are attracted to them.’

Getting to this stage hasn’t been a totally painless process, though. Around the time of the IPO and in the months after DLG cut thousands of jobs to get its costs under control. But Geddes says it managed to do this while at the same time improving employee engagement by focusing on cutting the right kinds of costs. ‘To hit short term cost targets you can take out some good costs – marketing costs, training costs, pay rises. But we’ve not done it that way.’ The axe fell heavily on head office, where 30% of senior managers were let go. ‘We figured we had too many people and everyone’s jobs were a bit overlapping.’ And DLG closed some of its offices too.

It’s still hiring though, and has just welcomed about 70 new recruits in its first ever graduate scheme. Geddes says DLG is in a ‘war for talent’ with the likes of Amazon and Facebook. But why would a bright young grad overlook a job in tech, or indeed at Proctor & Gamble, to work in insurance? ‘It’s a genuinely competitive market, which makes it exciting – you can’t stand still or you’ll be asleep at the wheel. And it’s a big and successful business. Compared to some other sectors we can afford to invest in the long-term.’ 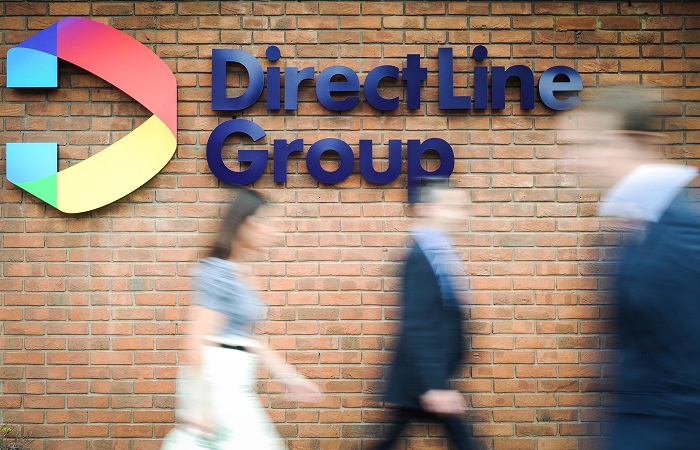 DLG is also on a diversity drive at the moment. ‘Traditionally insurance is a little bit stale, male and pale, which I’m the epitome of in some ways,’ he laughs. ‘In insurance we can still get a bit of an edge on our competitors by being the place that most embraces diversity – not only by who you recruit but how the environment lets people be themselves.’

Geddes just came 23rd on the FT and OUTstanding’s list of top LGBT allies, and DLG is sponsoring MT’s Inspiring Women conference later this month too. ‘I’ve got this notion that if all these lively people you see coming out of Bromley station every day, it would be really disappointing if people hid half of themselves as they went into work. Even if you’re just selfish about it, even for the business results, as well as being the right thing to do.’

His own working life is varied. ‘[My role] requires my brain to be on the job all the time but not always me to be in the office all the time. I spend quite a lot of time meeting people from other companies and sectors, propagating ideas and finding out what’s going on in the world. I make no excuse for having lunch with a CEO in a business in another sector or going to dinner with someone from the US.’ Geddes lives in central London so has the luxury of commuting in the opposite direction to the hoards heading into town, and when he’s not working he plays the violin in an orchestra. ‘I can’t physically think about work when I’m struggling to play some Shostakovich.’

Like most industries at the moment, insurance is battling to keep up with technological change. It’s made it easier to deal with customers, some of which can now make claims by sending a picture of the damage on their smartphone, and created new ways of assessing risk. But it also raises new challenges – most obviously in the motor market.

With most major manufacturers looking to build autonomous cars and some expecting to bring them to market as soon as 2017, there are lots of questions for insurers to answer. If an autonomous car crashes who is responsible for it – the user or the manufacturer? If the answer is the latter then will we see the end of consumer car insurance? And of course one of the touted benefits of going driverless is that it will hugely reduce the number of accidents. Will insurers be out of a job altogether?

While he accepts autonomous cars could bring about ‘existential change’ in the market, he thinks totally driverless vehicles with no steering wheel at all are ‘still a long way off’. Regardless, insurers should embrace the changes autonomy could bring. ‘My best friend died in a car accident, it was totally avoidable, and the fact that technology might help reduce the number of car accidents, even though it reduces the size of the industry I’m in, has to be a good thing for the world. Cars that are easier to drive, cars that you can relax in on the road because it’s doing most of the driving for you, that’s progress.’

Rory Sutherland: What electric car manufacturers can learn from men's hats in the ...

The case for collective campaigns: why working with your competitors may be the most beneficial...

MT Asks: With major public figures, including our very own Prime Minister, casting doubt over...

By Éilis Cronin
1 hour ago
Down to business

29 hours ago
Women in Business