From pot noodles to popcorn, taking an established product category and turning it into something more refined has been a common route to success for many of Britain’s entrepreneurs. ‘Premiumisation’ has given us the likes of Chase Vodka (voted best in the world), Pieminister's multi-award winning pies and Fever Tree’s premium mixers.

Unsurprisingly this is a trend that has also crept its way into the market for pet products. A report this year by Euromonitor said the UK market for pet food grew by 4% and pet products by 5%, and that it expected prices to rise further in the future due to growing demand for premium goods.

‘As the signs of economic recovery intensified, pet owners were keen to get the best for their pets, in spite of rising prices observed across all categories,’ it noted. 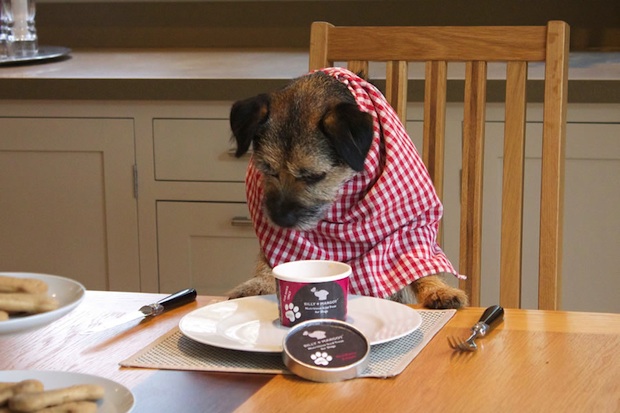 ‘There's this trend of humanisation of our animals,’ says Marie Sawle, MD and founder of Billy + Margot, which provides ice cream, popcorn and other treats for dogs. ‘We now tend to feed them more like how we feed ourselves.’

She came up with the business after a particularly hot day one summer when she gave her dog, Billy, some ice cream, before realising it wasn’t very healthy for a dog. After searching online she was surprised to find a total lack of iced treats for dogs and decided to make them herself.

It’s certainly captured some public attention. Turnover doubled this year and 150,000 tubs have been sold since launch. Last year Marie sold a 40% stake to Deborah Meaden on Dragons’ Den for £60,000 and she’s recently sold 18 palettes of ice treats to Holland.

Sawle admits 'there are aspects of what we do that on paper sound a little crazy’, but insists it fulfils an important demand from pet owners. ‘With the popcorn, [when we were] doing our research, many dog owners said they were giving the dog their own popcorn.’

Pet products are something the producers of Dragons’ Den clearly have a hankering for. Another business pursued (unsuccessfully) by Deborah Meaden was Pure, which makes human grade, dehydrated dog food. High quality ingredients including duck, apple, potato and eggs are dried out to preserve them and lock in flavour and nutrients and then mixed with water before eating. It sounds pretty tasty but MT is unaware if any owners tend to tuck in alongside their mutts.

Co-founders Daniel Valdur Eha and Matthew Cockroft produced what Duncan Bannatyne described as the ‘possibly the best pitch I have seen’ in the programme’s history. Valdur Eha admits they were ‘torn’ over taking investment from Meaden but says the ‘terms of investment didn’t feel right for us and we ultimately turned down the offers that were made.’

He doesn’t expect to regret the decision. Sales have boomed since the show aired and the business is now manufacturing 1,000% more product than at the start of the year. 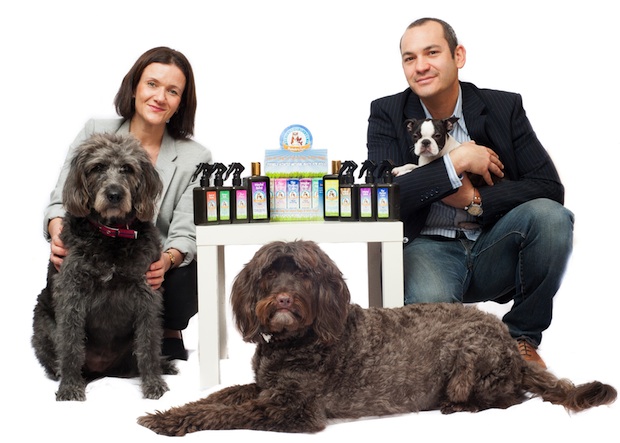 Another business capitalising on this 'humanisation' is Butch & Bess, a brand of dog grooming products including natural perfume and detangler spray made with essential oils.

‘A lot of people were asking us for more natural pet products,’ says MD and co-founder Mark Hirschel. ‘There’s a real humanisation happening in the pet industry and it has been happening over the last four or five years. People are starting to demand the same sort of quality they would otherwise give to themselves.’

Hirschel created the business with his colleague Jo Amit after a less successful pet products venture and says its first year has been ‘radical.’

‘There’s no other way to describe it’ he says. ‘It’s been highly stressful, extremely time consuming, there’s been loads of different ups and downs.’

He adds that sales figures are where they were hoping to be at this point and the business is now looking to take on a large investment. It's currently finalising plans to launch the brand with a North American partner.

‘The pet industry itself is a booming industry,’ says Hirschel. ‘People always say that in times of recession there’s two industries you should be in: pets or kids. As people, when times are down, we continue to spend on kids or our pets, but maybe take away some of the stuff we would otherwise spend on ourselves.’ 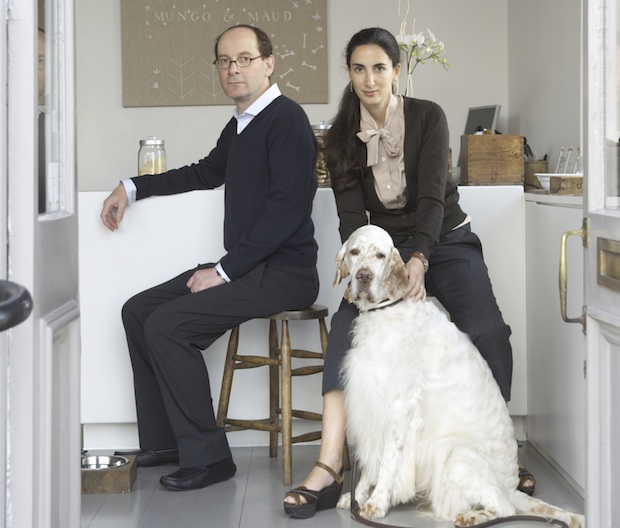 On a well-heeled street in London’s Belgravia you’ll find the boutique Mungo & Maud, a ‘dog and cat outfitters’ targeting particularly discerning clients. Its range includes cashmere sweaters for dogs (starting at £129), a corduroy cat bed for £180 and even a leather pouch for carrying dog poo bags.

The company was founded by husband and wife Michael and Nicola Sacher in 2005 and it’s since expanded to another store in Notting Hill, a concession in Harrods and an ecommerce operation, including a distribution facility in North America. Like many entrepreneurs their business was inspired by their own struggle to find the products they wanted.

‘We found it was very difficult to find well-designed home accessories for someone who had dogs that would fit into a home and a lifestyle that had been well curated by the people whose home it was,’ Michael Sacher says.

‘Quite a lot of these things like beds are very large and you don’t want to have some sort of hideous primary-coloured object in your nice kitchen if you’ve taken the time and trouble to make your home look nice.’

Mungo & Maud takes quite a conservative approach to the market (‘We don’t do bling, we don’t really do bright colours at all', Sacher says) and, unlike the other entrepreneurs MT spoke to, is focused more on the lifestyle of its customers than the humanisation of their animals.

‘Our offering is about the people, it’s not about the pets themselves,’ says Sacher. ‘Obviously we make sure our beds are comfortable, but it’s all about the people and the way they want to live in their homes.’

‘There's a lot of talk about people humanising their pets but it’s not really about that for us. It’s more about if someone’s got a nice handbag and they’re conscious about how they look and about how people perceive them, then they prefer to have a quality well-designed lead and collar when they go out walking.’

If you've got a precious pet to pamper this Christmas or just want to make sure Fifi's lead matches your shoes then it looks like you'll be spoilt for choice.