The typical story of an entrepreneur might go something like this: after giving up a well-paid but not-so-exciting corporate job you decide to strike out alone, accepting the instability and endless hours in exchange for doing something you love, as the concept of work/life balance becomes a cruel joke. As Claire Vero's story demonstrates, though, you don't have to give up on family life to build a successful business.

Now the founder of upmarket beauty business Aurelia Probiotic Skincare, Vero used to work for GSK’s pandemic preparedness team, encouraging governments to stock up on vaccinations in case of an outbreak. It all sounds very exciting but after a while the pressure and strains became a drag – especially after the outbreak of bird flu.

'I just felt like I was working longer and longer hours,' Vero tells MT. 'Having worked in a big blue chip business, they move much slower than I wanted to in terms of delivering an idea and a concept and then implementing it. I was working every evening and every weekend for months and that was when I really decided that enough was enough and I wanted to do my own thing.'

After a spell working in dermatology she decided to develop her own brand of skincare, combining scientific processes and natural ingredients. Two years after launching, Aurelia Probiotic Skincare has won more than two-dozen awards including acclaim from the likes of Tatler, Red and Stylist magazine. Vero was also named as one of MT's 35 Women Under 35 last year.

The early days were tough. After deciding to go it alone Vero worked for a while as a freelance consultant while developing Aurelia on the side. 'For six months I was working 8.30am until 6pm and then I'd start working on Aurelia at 8pm until perhaps 3am,' she says. But after things took off and she began hiring staff, Vero, who has recently given birth to a baby boy, managed to get her personal life back a bit more.

'There were issues that happened at the beginning that used to keep me up for nights on end and when they happen now I don’t give them a second thought,' she says. 'I think you become more resilient and better at coping with challenges.' 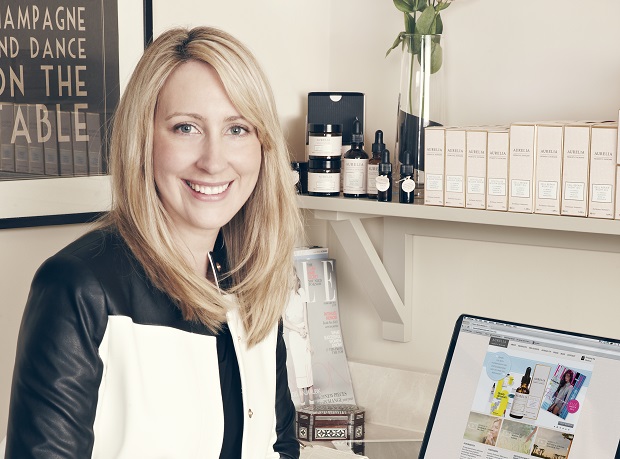 Nowadays she's able to work three 'very long days' per week, while just remaining accessible the rest of the time. 'I haven’t had a better work/life balance so far since I started my career in 2004,' she says. 'Also I’ve got a fantastic team so, you know - a problem shared is a problem halved.'

Aurelia passed £500,000 in turnover and broke even in 2014 in year two (2014), and Vero says she anticipates 200% growth this year. The business's growth has been boosted by relations with a number of high-end retailers. Two months after launching online Vero was approached by Net-A-Porter with the opportunity to be listed in its first ever beauty edit. Aurelia's products sold out within 72 hours.

While approaches from smaller retailers have since come rolling in, Vero had to make the first move with London department store Liberty and Space.NK Apothecary. She simply called their buying directors up out of the blue and went in to pitch.

Getting them on board was 'not particularly hard but we had done all our homework,' she says. 'I'd spent 18 months setting the brand up. We really had to have everything in order - the right product collection, the packaging, we tested it with editors, bloggers. It's about going to that meeting and talking about how we can support them as much as they can support us.'

She also says it helps a lot if you start a business where you’ll be using the skills you’ve already built up in your career. ‘I think a lot of people leave a blue chip company or more mainstream work and they choose to do something completely different and I think that’s where they’re struggling,’ she says.

‘I did have to learn the industry but I didn’t have to learn the skills and capabilities and practicalities of how you would launch because it’s very similar to pharmaceuticals and I did launch new brands of cosmetics.’

Vero is now planning to expand the brand overseas, but says she needs to plan very carefully which markets to go into in what order, as she doesn't want to use distributors. I ask how she feels things have gone so far, to which she says, 'If I looked back and thought would I be here in 24 months, having seen and done what we’ve done, I feel like we’re ahead of plan - which has got to be a good thing.'

By Stephen Jones
9 hours ago
Food for thought

17 hours ago
Food for thought