EasyJet was determined not to let terrorist attacks rain on its parade today, announcing record full-year profits without any mention of the fallout from the Russian plane explosion over Egypt or the Paris tragedy.

The budget carrier’s pre-tax profits soared 18.1% to a record £686m in the year to September 30. That was pretty much bang in the middle of its £675m-£700m forecast, but a shade below the £689m average analyst prediction.

The 20-year-old tango airline’s sales rose a more modest 3.5% to £4.7bn, or 6.5% stripping out currency swings. The majority of that was down to a 5% increase in capacity to 75 million seats.

But chief executive Carolyn McCall made sure to point out on Bloomberg TV this morning that revenue per seat still grew (albeit just 1.5%), despite ticket prices being cut to reflect lower oil prices. Perhaps their onboard paninis have got more appetising lately. 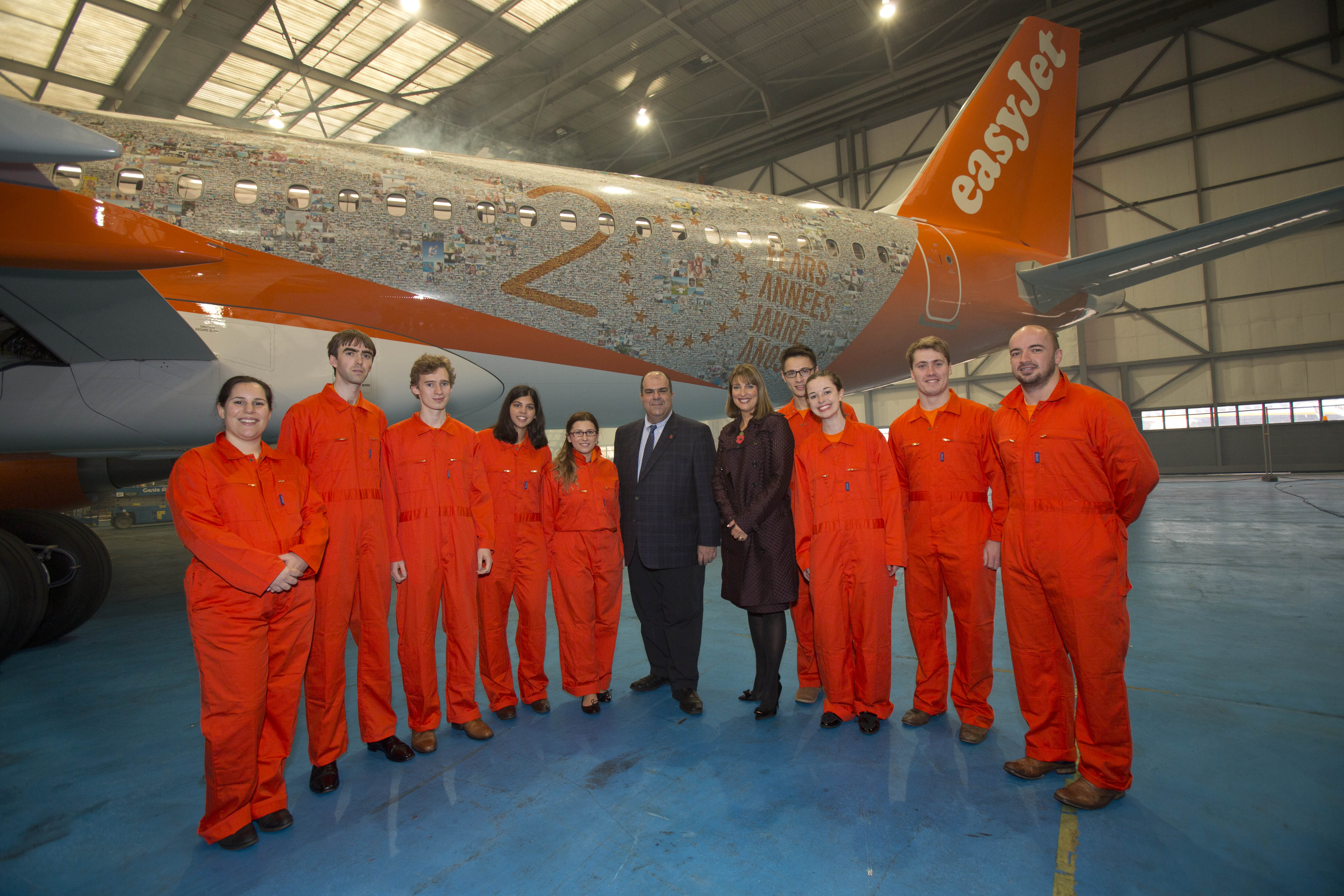 McCall did also field questions about the recent tragedies, which to be fair happened after the company’s September 30 year end. ‘If passengers want to reroute, if they don’t want to fly, we are being very sympathetic and sorting it out,’ she said of the short-term impact on traveller confidence of the attacks in Paris. ‘People will want to continue to live their lives, and travelling is part of that.’

There probably will be more of a financial hit from the problems in Sharm el-Sheikh. After reports the Metrojet plane crash was caused by an IS bomb, easyJet and others suspended their flights to the Red Sea resort on November 5.

EasyJet is flying back the last of the passengers stranded there, who numbered 4,500 at their peak, today. The cost may not be significant enough to warrant telling shareholders (for example, those planes may have already been scheduled to fly to Sharm), though, or it just hasn’t become clear enough yet what it will be. All McCall said on the matter was ‘it won’t really change the way we do business.’

It’s been a turbulent year for easyJet. Shares tanked in May when it warned a French strike would damage profits and it suffered two fires at Rome’s Fiumcino Airport, where it later announced the closure of its base. On the flipside, a hot summer and cheap oil lured more passengers to sunnier climes.

It's been a turbulent ride for easyJet in the last year. Credit: Yahoo Finance

But in general, it looks like things are still on the up for easyJet and its low-cost rival Ryanair. It ordered 36 new Airbuses to be delivered between 2018 and 2021, 10 of which will replace old planes.

And it also boosted its dividend 22% to 139.1p per share, clearly aimed at appeasing the truculent founder and largest shareholder Stelois Haji-Ioannou, who has previously taken a dim view of buying new aircraft. Shares still sunk more than 4% to around 1,710p, but then you can’t please them all.

42 hours ago
Food for thought