EasyJet boss Carolyn McCall stands out as one of only five female chief executives in the FTSE 100 (six when Alison Brittain takes over at Whitbread in December). But she’s not all that happy about being identified that way.

‘Being introduced as a female FTSE CEO is slightly bothering to me, because I kind of think I’m just a CEO,’ she told the MT Live conference in London yesterday (although it’s arguable one of the reasons her profile is so high is because she’s a woman).

‘I just find it sad that we’re still referring to gender,’ she continued. ‘I will do anything to support women, but… it’s got to be based on merit.’

McCall is definitely against legal quotas for women on boards. ‘It’s not going that well in Norway,’ she said. ‘We should learn from what’s going on there and not make the same mistakes.’ (Norway has a very low proportion of female executives, which many blame on potential talent being diverted into non-executive roles.)

She did, however, argue FTSE companies should cast their net wider to the voluntary and non-listed private sectors when hiring new directors. ‘If you just look at the women who have experience in PLCs that’s going to be a very small pool. You can widen that pool today.’ 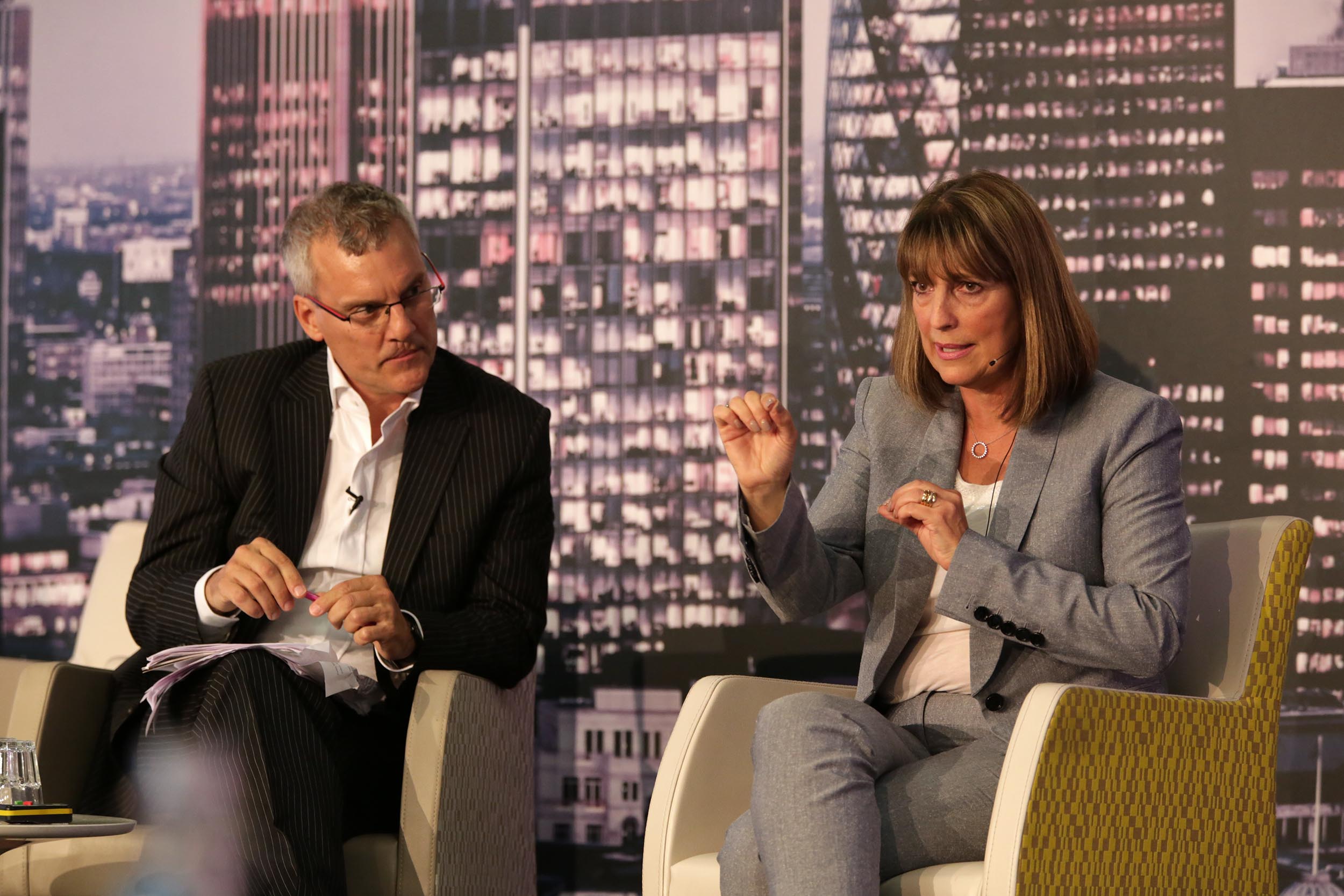 On Kate Moss, who was reportedly led off an easyJet flight after calling the pilot a ‘basic bitch’, McCall was more reticent. ‘I would never talk about any passenger, ever.’

‘All I can say is any passenger, regardless of who they are, if they are disruptive on board it’s a safety issue.’ And no she doesn’t know what a basic bitch is either.

McCall caused a stir of her own in January, when easyJet came out publicly in favour of a expansion at Heathrow, rather than Gatwick where it bases 58 aircraft. ‘I didn’t think it would be as big as deal as it was,’ she said. ‘We had to tread a very fine line, between really, really hacking Gatwick off and saying what we thought was right for 2025.’

‘All the economics makes sense for Heathrow,’ the airline boss said. ‘Airlines are queueing up to get [landing slots], passengers are queueing up for the hub, for the connectivity that Heathrow brings. It’s quite risky to say Gatwick could replicate that.’

Of course, it helps the larger airport wooed easyJet, saying it ‘would make part of Heathrow ripe for our operational model.’

Gatwick, for its part, made a last-ditch attempt to make the case for a second runway yesterday, as it announced 7.8% more passengers had boosted revenues 7.5% to £638m. Airport Commission chair and MT diarist Howard Davies is reportedly due to release his report next week, after which we’ll see if the Government has the balls to make hard decisions or not. But without even the support of one of its biggest customers, it’s looking unlikely Davies will recommend Gatwick.