Big tech companies are falling over themselves to release diversity stats at the moment. Despite the fact they’re not exactly stellar, once one does, the rest have to follow or risk looking like they have something to hide. The latest to release its figures is Ebay. 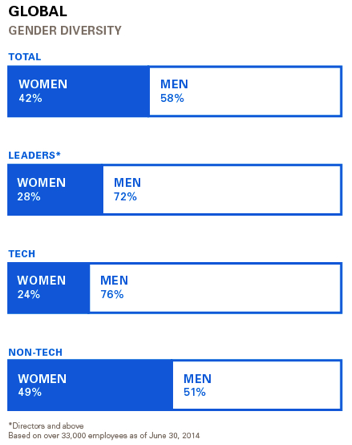 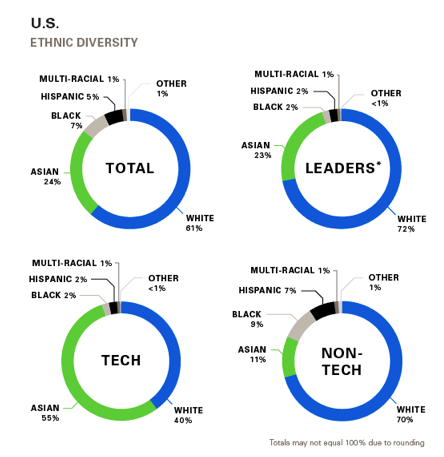 Like other tech giants, the average Ebay employee is still white and male, aside from its techies, 55% of whom are Asian. But on both gender and ethnicity fronts it’s doing a fair bit better than everyone else. For example, 7% of its US workforce are black and 5% Hispanic, compared to 2% and 4% at Facebook and 2% and 3% at Google.

It may be that actions speak louder than cheesy motivational words such as, ‘Diversity matters. It makes us stronger, and makes us better.’ Ebay launched a Women’s Initiative Network three years ago, which it claimed more than doubled the number of women in leadership roles. Either way the numbers don’t lie: 28% of its leadership are women, compared to 21% at Google and Twitter.

But, as Ebay and other companies have rightly admitted, there’s still a lot of work to do. And, to be fair to them, in tech at least they’re fighting an uphill battle: only 18% of US computer science grads were women in 2012.