Say what you like about Archbishop Welby, but he’s been a peach of a gift to the satirists. His attempt to take on the payday loan sector by suggesting his own Cof E credit unions could drive the reputationally-challenged bunch out of business has backfired, as we learn that his own organisation’s pension fund is a Wonga-backer.

This is what is likely to happen in the 21st century if, like Jesus of Nazareth, you enter the temple of the moneylenders and pick a fight with the chief teller behind the counter, Errol of St John’s Wood. In the area of finance and business, Welby is far more experienced and knowledgeable than any of his recent predecessors – but he’s still hit the canvas after being on the receiving end of a sucker punch from the FT, which found out the Church of England has invested in one of Wonga’s backers.

The problem is, religion likes its lessons simple. But it’s not all quite as straightforward as camels struggling to get through the eye of a needle or the teachings of Luke: ‘Lend, hoping for nothing in return, and your reward shall be great.’ (Try selling that approach to Sherwood or Blankfein of Goldman Sachs, graduates of which organisation are far bigger backers of Wonga that the Church of England Pension fund. Goldmans has always known a promising business model when it sees one).

It’s all maddeningly more nuanced and complex than the often simplistic and contradictory teachings of religion would have us believe. And if you rid the UK of the evil that is payday loan-makers, what if backstreet loan sharks take advantage of a new vacuum? Why can’t conventional banks do their job?

Religions get themselves tied up in knots when it comes to money. Just look at the way Islam contorts itself by trying to function in the modern world of global capitalism and finance while coping with a pretty clear blanket-ban on usury.

This is all a shame because Welby appears to be a decent, intelligent man with his heart in the right place. His performance on the Today programme was almost refreshing in his refusal to perform all the PR stunts of bridging, messaging and stalling.  He was just honest, admitted there had been a bit of a cock-up but stuck to his guns.

I rather like the fact that he says he’d considered politics as a career but couldn’t work out which party to back. He’d never have made a ‘conviction’ politician with a fixed idea that had to be stuck to at all costs and that is attractive. The truth, not to mention the path of righteousness, is never simple to find. 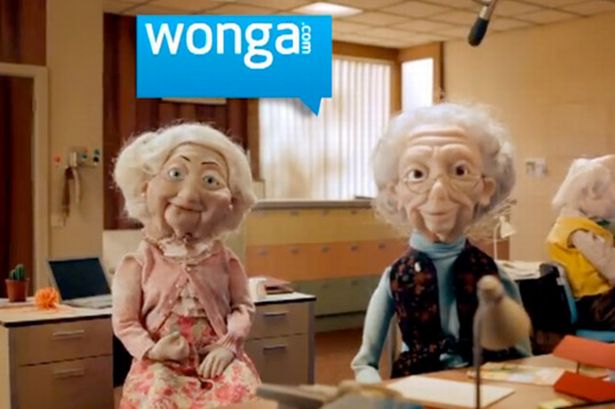 Welby has been embarrassed after it was discovered the Church of England had invested in a backer of payday lending service Wonga.

However, I fear his faith in credit unions may be misplaced. They are slow, clunky and sometimes unfair in their decisions. There’s a reason why there are 300 fewer credit unions than a decade ago, while payday loans companies turnover £2.2 billion now, from £900 million in 2008-09.

It’s called the market. Whether you like it or not, payday lenders experience huge spikes in demand on Thursday and Friday evenings when those who use them want money to go out and enjoy themselves – or even feed their kids. Does Welby think he can gather together the wise and goodly members of his flock at 10.30 PM on a Friday night to convene the loans committee?

Money and its exchange is often an unfair business. There’s a reason why lucre is always ‘filthy’, while those who have loads of it ‘stink’. In austere times, as we watch our standard of living falling, we get even hotter under the collar about how unfair it all is, hence the fury about tax-dodging Googles and pay-offs to BBC executives.

Making it simple and pure and nice isn’t easy. I recall sitting there in a Ugandan village a few years ago with Anthony Jenkins, who is now the big boss at Barclays.

We were observing a village savings and loans association in action. Such micro-finance associations are taken by many on the left and among the NGO world as being a super- acceptable form of small scale co-operative lending kept within its community with no outside involvement from nefarious banks or African Wongas.