Many ambitious businesspeople see an MBA as a ticket to the big time. Those who get into (and manage to fund their way through) business school often come out with bags of knowledge and a bumper contacts book. Many make it in consulting or land a solid well-paid job in a big corporation, and a decent chunk of top CEOs possess an MBA too.

But what about entrepreneurs? Plenty of founders have no qualifications whatsoever. Alan Sugar makes a big deal out of the fact he started his business out of the back of a van. Several of the top Silicon Valley tech entrepreneurs, including Bill Gates and Mark Zuckerberg, dropped out of university. Some would even argue that education can be detrimental to a wannabe entrepreneur, crushing individuality and appetite for risk and preparing us for a cushy role in a big business.

At the same time there are a fair number of successful entrepreneurs that did go to business school, including Nike founder Phil Knight and his fellow multi-billionaire Michael Bloomberg of the eponymous business information company. As more and more ambitious people consider starting their own business, business schools are increasingly keen on touting their ability to cater to those who don’t want to be part of the rat race. So should you consider doing an MBA?

Doing an MBA ‘has added a lot of value to me,’ says London Business School grad Saurav Chopra, founder of the employee benefits company Perkbox, which has grown to more than 100 employees in its first 18 months and picked up around $8m worth of funding along the way.

‘If you are someone who’s thinking about entrepreneurship and feel that you don’t necessarily have a 360 view of business then an MBA provides a very quick learning ground to do that. And it really helps you very quickly to immerse yourself into a holistic view of business by learning about marketing, strategy, product, organisational behaviour, finance.’

It’s an attitude echoed by TV Dragon Sarah Willingham, who did her MBA at Cranfield. ‘It can give you real confidence in areas you might not feel are your strongest points,’ she says. ‘If you’re one of those people that’s like, "I don’t know anything about marketing, or accounts, or legals" or whatever it might be, an MBA is a really good way of opening your eyes and saying, it’s really not that complicated.’

Hundreds of hours spent in lecture theatres and reading books are no substitute for drive and tenacity, but the thinking is that by studying business theory, entrepreneurs can become more rounded. ‘By character, an entrepreneur often may not be a very good manager,’ adds Professor Maurits van Rooijen, rector and CEO of London School of Business and Finance (LSBF). ‘Yet to successfully develop a business requires all-round knowledge and managerial skills: from understanding finance and marketing, to how to find, assess and develop talent, and interact effectively with your staff and clients.’ 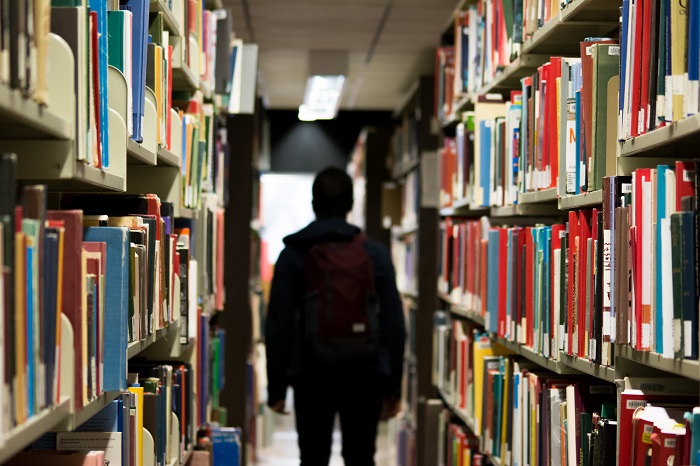 Fancy some late nights at the library?

BUT CAN YOU REALLY TEACH ENTREPRENEURSHIP?

As any experienced entrepreneur will tell you, there’s a lot more to running a business than knowing how to run a business. You need grit, determination, dynamism and all the other buzzwords everyone stuffs into their LinkedIn profile. Surely business school can’t prepare you for all the tough choices and emotional toil of running your own company? Is it not the case, as some claim, that entrepreneurs are born and not made?

‘There is no significant evidence to suggest that there are specific personality traits associated with entrepreneurship,’ says Professor Andrew Godley, who runs Henley Business School’s Centre for Entrepreneurship. ‘Rather all the available evidence suggests that entrepreneurs are not born but are in fact the products of their environment and what they have learned, whether through formal education or otherwise.’

Thomas Hellmann, Professor of Entrepreneurship and Innovation at Saïd Business School, University of Oxford, adds: ‘There is a myth that doing an MBA is the opposite of what entrepreneurs do, something like "MBAs analyse and entrepreneurs do". This is far from the truth as the role of an entrepreneur is to explore and experiment. Doing an MBA is a golden opportunity to do exactly that in a conducive environment.’ Willingham, by way of example, spent her time at business school working on her plan to buy and grow Bombay Bicycle Club, which she went on to turn into the UK’s largest chain of Indian restaurants.

One thing you definitely can’t teach is luck. ‘But an MBA can help in how to deal with luck,’ says Van Rooijen. ‘An MBA can show an entrepreneur how to mitigate bad fortune. And just as importantly, how to recognise and grab the opportunities that he or she might find on the way.’

A PRICE WORTH PAYING?

It’s hard to argue that an MBA isn’t a nice-to-have. But they of course come at a cost. While there are sponsorship and scholarship options on the table, those that have to fork out for their own studies could end up paying as much as £50,000. And then you face the prospect of either trying to fit it into your busy schedule or funding a year off work. All that cash might be put to better use as seed capital.
Whether going to business school is worthwhile ultimately depends on your situation. Die-hard entrepreneurs that can’t wait to get stuck into their company won’t want to sacrifice precious time in classrooms and buried in books.

‘Having left school at 16, I was driven by a passion for my products,’ adds Kirsty Henshaw, owner of Kirsty’s, a range of free-from ready meals stocked in 1,400 supermarkets. ‘For me the business came first and to be honest I did not even consider that I’d need additional qualifications to do what felt natural to me. There is no doubt that I made mistakes along the way, but you could argue that this is perhaps where you learn the most, rather than from textbooks.’

‘If you are a software engineer with a brilliant idea and you’ve developed this crazy product and what you want to do is take it to market as quickly as possible then you get the right people around you and you learn on the job because it’s all about speed and you don’t really need an MBA,’ adds Chopra.

The burgeoning gig economy could prove fruitful for business schools looking for new customers. As more of us become workers for hire, moving on from one project to the next, a new class of semi-entrepreneurs could emerge. But in keeping with their modular, pay-as-you-go careers, they are likely to want to pick and choose, saving money avoiding the bits they don’t want and focusing on the areas they really need to improve. Business schools will need to adapt accordingly.