The clock’s ticking on a deal to prevent Greece defaulting on its loans and leaving the Euro. On Wednesday night, Greek finance minister Yanis Varoufakis will face his Eurozone counterparts in an emergency meeting in Brussels to discuss the deadlock over Greece’s bailout extension, which expires on February 28th.

Debt-wracked Greece and its creditor nations have been on a collision course since the leftist Syriza coalition won the Greek elections a couple of weeks ago, over the new government’s refusal to accept the terms of its impending bailout extension.

Greece’s national finances were propped up during the recession by a €240bn (£170bn) loan from a ‘troika’ of lenders – the Eurozone nations, the European Central Bank and the International Monetary Fund. The deadline for Greece to begin repayment has been repeatedly extended, largely because Greece is incapable of actually paying the money back.

For Syriza, the austerity conditions the previous Greek government accepted as a condition of the bailout are humiliating and the reason Greece is suffering such a crippling depression.  For the troika, in particular its main player Germany, Greece cannot be allowed to get away with not paying its way, for fear all of spendthrift southern Europe demanding the same terms.

Tomorrow’s meeting will not be a friendly affair. Despite a dovish charm offensive and some silky rhetoric from Varoufakis and Greek PM Alexis Tsipras, Germany and its allies haven’t budged from their position: accept our bailout terms, or suffer the consequences. 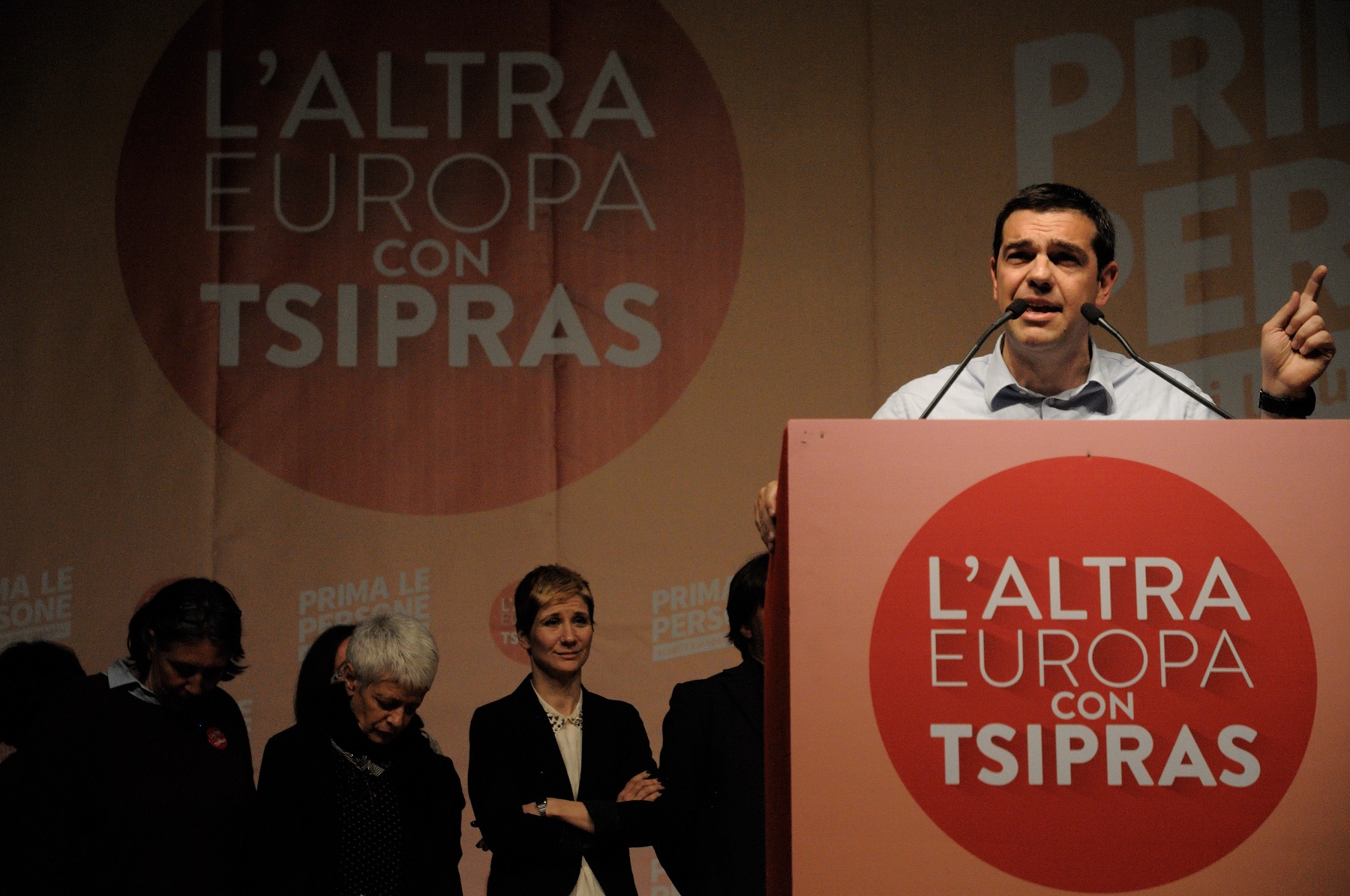 Spurned, Syriza’s supercool politicians have recently reverted to the hard line rhetoric that got them into power in the first place. While Varoufakis played the fear card, saying the Euro was a ‘house of cards’ that could not survive a Greek exit, Tsipras went for the mother of all guilt trips.

Greece had an ‘historical...and moral obligation’ to claim war reparations from Germany over the devastation caused by the Nazis 70 years ago, he told the Greek parliament on Sunday. €11bn of war reparations, to be precise, according to the To Vima newspaper.

Unsurprisingly, this didn’t go down well in Germany. Vice-chancellor Sigmar Gabriel said the probability of war reparations was ‘zero’. Other than that somewhat tetchy put down, German leaders have been singing from the austerity songbook. ‘We’ve never forced anyone into a programme,’ said German finance minister Wolfgang Schäuble. ‘I’m ready for any kind of help, but if my help is not wanted, that’s fine.’

As Germany and Greece are apparently unwilling to bend, does this mean something has to snap? Though the markets are clearly concerned (Greek bond yields are now at an eye watering 10.7%), the likeliest answer remains no. Both sides gain from scaring the other about the consequences of sticking to their guns.

Greece would be (even more) ruined by the collapse of its banking system and a reversion to an unstable drachma by a default and Euro exit. This, however, could cause the whole Euro project to unravel, wrecking confidence and sending Europe into a crisis that could dwarf the last one.

It’s reminiscent of the mutually assured destruction of the Cold War. Both sides can wreck the other, but are still terrified of being destroyed themselves. In fact, there’s a chance all these threats might act like the Cuban missile crisis and terrify the two into some form of detente.

Greece is likely to ask for some form of bridging loan tomorrow, to buy its economic policies more time to work without accepting another bailout extension. Indeed, it’s already demonstrated its commitment to those policies, hiking the minimum wage, reversing privatisation plans and even rehiring fired public sector workers.

Whether Angela Merkel et al are willing to accept another loan is another matter, but no European leader wants to be the one who presides over the potential collapse of the Euro.