In case you hadn’t noticed, MT is pretty big on inspiring women in business. So this list celebrating European women working in technology was right up our street, not least because it features several alumni of another list - our annual 35 Women Under 35.

The UK dominates the list, with big hitters including ex-TechCity boss Joanna Shields, Mumsnet founder Justine Roberts and Facebook’s head in EMEA Nicola Roberts taking 17 out of the 50 slots.

The list was compiled by Inspiring Fifty, a programme set up by Dutch entrepreneurs Janneke Niessen and Joelle Frijters ‘that identifies, encourages, develops and showcases’ women in tech. And it’s most definitely A Good Thing – despite leaders like Sheryl Sandberg at Facebook and Marissa Mayer at Yahoo, tech is still a massively male-dominated sector. The more female rolemodels who can inspire and encourage young girls and women to aim for a career in tech, the better.

While we’re talking female rolemodels, if know any talented, ambitious businesswomen aged 35 or under (as of 6 July 2015), nominate them (or yourself) for this year’s 35 Women Under 35. 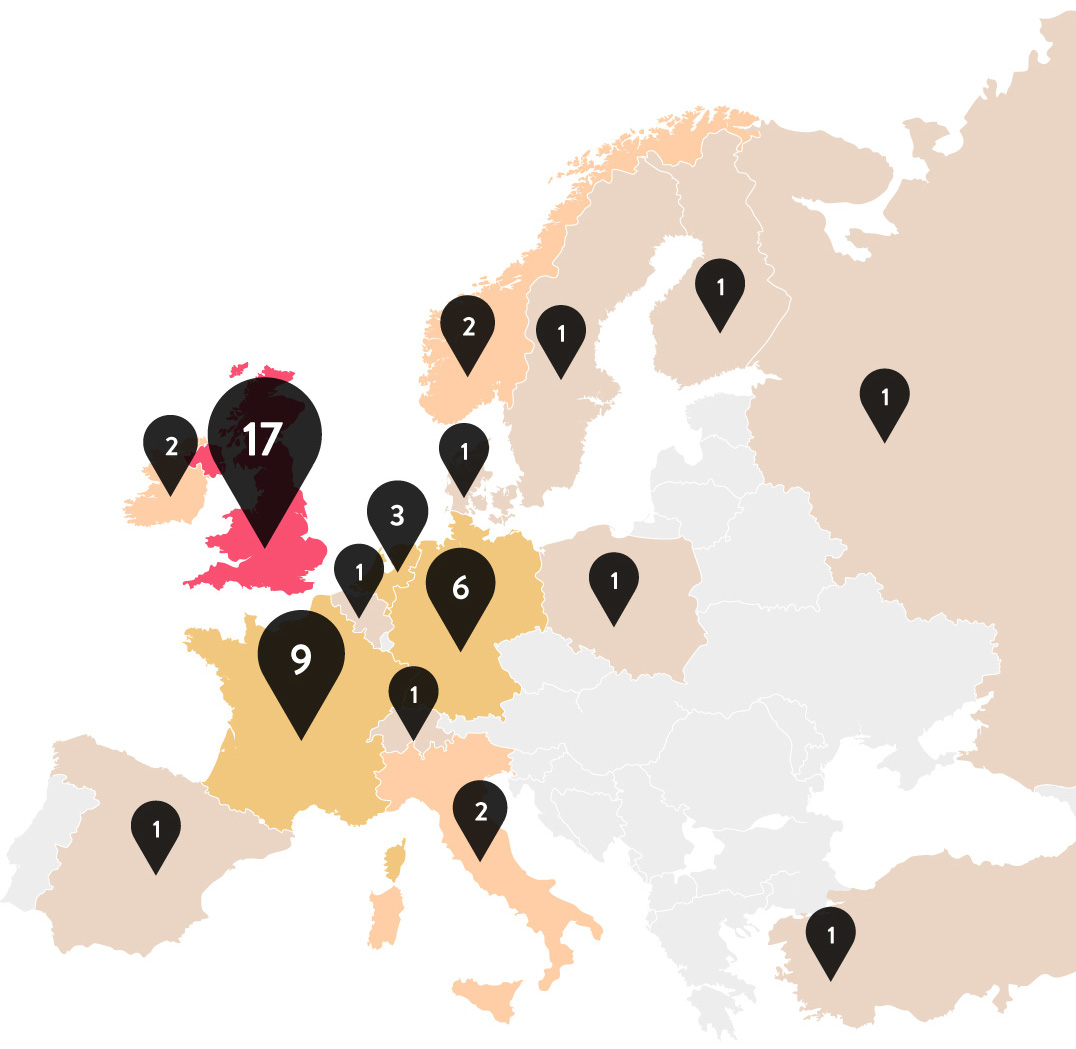 The UK dominates the list of inspiring women in the European tech sector. Credit: Inspiring Fifty

Here’s the full list of the most inspiring women in European tech (in country & alphabetical order):

Hear from inspiring businesswomen including Newsnight presenter Kirsty Wark and Isuzu Truck UK honorary chairwoman Nikki King OBE at the Inspiring Women Edinburgh conference at the Balmoral Hotel on March 5th 2015 - book now and get 25% off.