It looks like the Mac (as opposed to mac) business is a lucrative one: Apple has revealed its new senior vice president of retail and online stores, ex-Burberry chief executive Angela Ahrendts, will get 113,334 shares in the company, to be handed out from June 1 this year, and then over the next four years.

At the moment, that slice of the Apple pie is worth $68m. If the company comes up with a new gadget anytime soon, its value will go up. That’s what we call a golden handshake.

Ahrendts announced her departure from Burberry in October, cutting the number of female bosses by a third. She’s the second British retail boss to take on the role at Apple: her predecessor was ex Dixons chief exec John Browett, who lasted just six months in the job (but got a mere $55m of shares).

Tim Cook, Apple’s chief executive, seems optimistic: he’s described Ahrendts as ‘wicked smart’. Although Burberry itself is suffering slightly at the moment: having expanded rapidly into emerging markets at Ahrendts’ behest, in April it warned the strong pound could knock £30m off its profits this year. 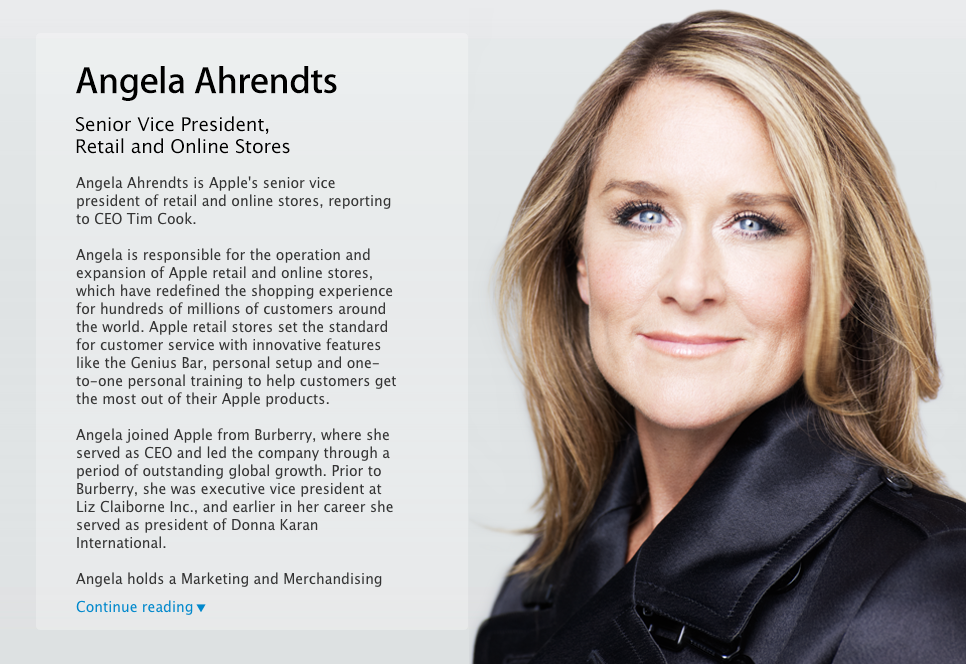