When Tourism Queensland advertised for a ‘Caretaker’ of an Australian tropical island in 2009, more than 34,000 people applied for what was described as ‘the best job in the world.’

Now Tourism Australia is looking to fill six new positions, including a Chief Funster in Sydney and an Outback Adventurer in the Northern Territory. 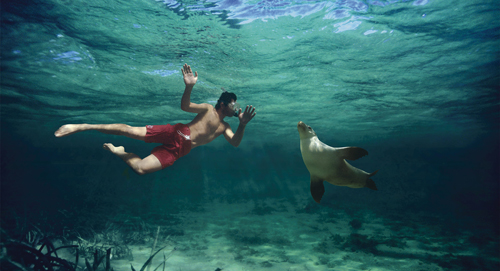 Australia hopes the marketing campaign, which was launched in London on Monday, will encourage young Britons to fill some of the 36,000 vacancies in tourism-related jobs across Australia.

The original ‘best job in the world’ campaign apparently netted £50m worth of free publicity for Queensland's tourist board. Clearly it’s hoping for a similar boost this time – but will the newest stunt attract as much interest?

The six jobs up for grabs

4. Taste Master, in Western Australia - sample the finest fare and wine, tour the best restaurants, wineries, pubs and lobster eateries, while also heading off the beaten path to catch some of the freshest seafood on Australia’s undiscovered coastline

6. Outback Adventurer, in the Northern Territory - uncovering the best adventures and experiences in the Australian Outback. You’ll sleep under the stars in a bush camp, immerse yourself in indigenous culture and taste traditional bush foods.

By Stephen Jones
8 hours ago
Food for thought