As the nature of the work we do changes, companies are cottoning on to how employees’ needs are changing. While some of the trendiest have included slides and play areas in their designs, you don’t need to be Larry Page or Mark Zuckerberg to have a beautiful office – plenty of blue-chips have done it, too. 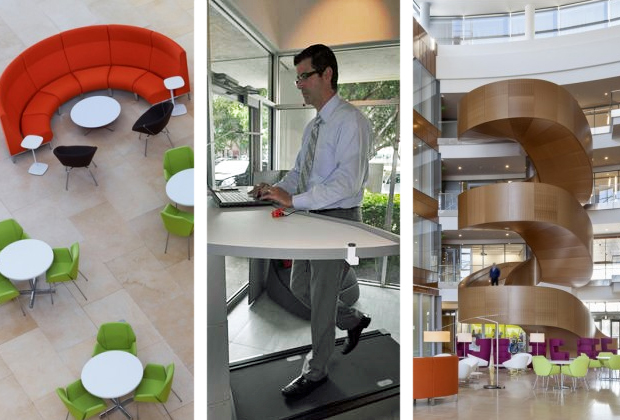 The drug company’s new office in Philadelphia includes a tranquility room, a rooftop area and even treadmills with desks attached so employees can exercise while they work. The architects have done away with personal desks altogether – workers are encouraged to leave their belongings in a locker. Rather than sitting at a particular desk, they ‘hang out’ in the lobby, on sofas or on the roof terrace – the idea being that chance conversations will lead to eureka moments. Interestingly, the design means GSK has managed to squeeze its 1,300 workers into a space a quarter of the size of its previous Philadelphia HQ – so it’s money-saving, as well as collaborative. 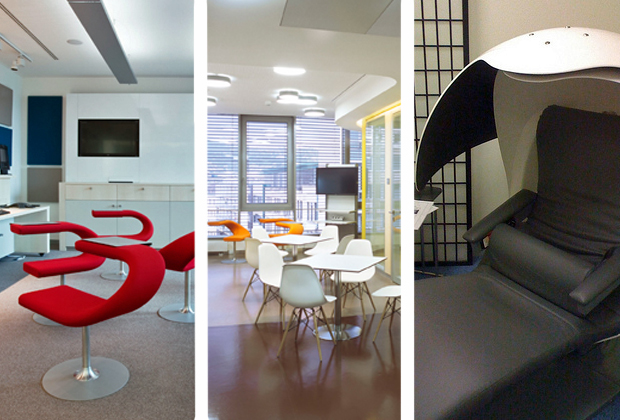 The idea behind Cisco’s Stuttgart office is that it’s ‘non-territorial’ – no one has their own desk. Instead, interior designer Bene Frankfurt created a ‘spectrum’ of flexible work units, ranging from small, quiet office-type spaces to the ‘classic open-office structure’, along with ‘communication and touch-down zones’ (ie artfully arranged sofas). Being a tech company, it also includes the obligatory ‘relax rooms’ – the kind known as ‘sleep pods’ at Google. 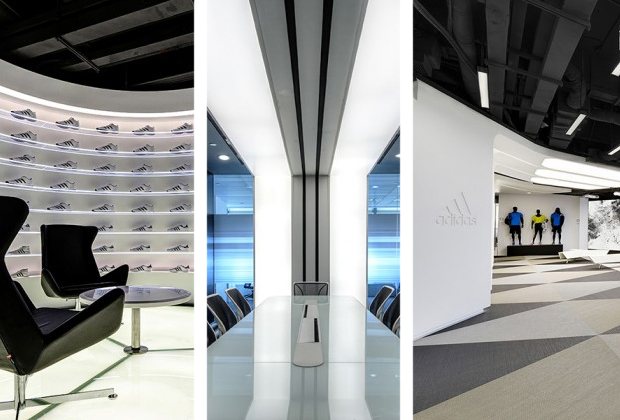 An ad campaign in the 80s gave Adidas the tagline ‘all day I dream about sport’ – and you can see why workers in its Shanghai office do. Sporting inspiration is everywhere, from the gallery of trainers around break-out areas to the motivational mantras on meeting room walls. The lighting on the staircases even echo the brand’s famous three-stripe design, to ensure Adidas’s employees stay on a winning streak, wherever they are in the office. 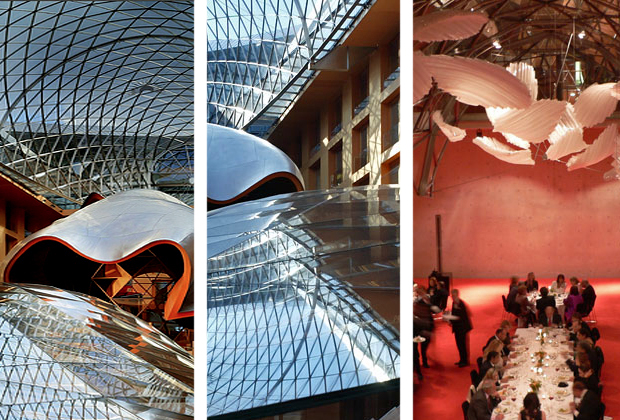 Pretty ordinary-looking on the outside, the inside of DZ Bank’s headquarters features a huge atrium containing a four-storey metal sculptured conference room which, say the architects, ‘resembles a prehistoric horse’s head’. Below the atrium’s glass floor is the cafeteria, so workers can look up and see what’s going on above. 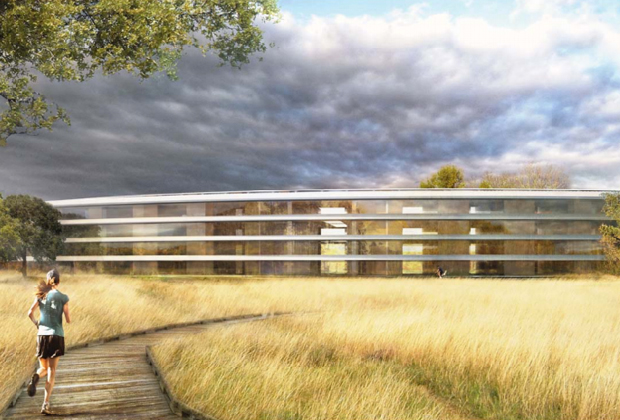 Steve Jobs laid out his vision for the Norman Foster-designed headquarters shortly before he died. The 2.8 million sq ft ring-shaped building will house more than 12,000 employees, will have 6,000 trees around it and will include a cafeteria with enough room for 3,000 people. The budget for Campus 2 is rumoured to have ballooned to $5bn (£3.2bn), or $1,500 per sq ft – but Jobs’ vision of ‘building the best office building in the world’ was never going to be cheap. Work on the site was due to begin this month, with the company expected to move in during 2016.