Bernie de Le Cuona's £10m business designs high-end fabrics for plush interiors – cushions, curtains, upholstery and the like – but her name remains associated with linen, the material she made her own in the early 90s. MT pulled up a futon to find out what makes a fabric entrepreneur tick.

How did you start your business?

I’m originally from South Africa, where I had a business importing furniture from Europe. I met an English guy, we married and came over here, then we broke up. So I needed to make a living.

In those days there was no linen being produced outside of India, but I loved the way the fabric took the colour and the different things you could do with it. I wanted to produce something with it that no one else had produced.

What was your business plan?

When I started, I didn’t know anyone in this country, so I literally bought every home and interiors magazine there was, wrote down the names of all the people in it and made phone calls. I’d talk them into it and arrive on their doorstep with my suitcases full of samples. I did everything myself – design it, pack it, cut it and sell it. I was lucky people liked the product right away, because it was different. There was no business plan.

Was there a big break?

Being taken on by Ralph Lauren in America. Their orders were huge at the time and helped me to be taken seriously.

What was the most difficult aspect of running your own business?

Getting the right team around me, by far. The people you start the business with need to be willing to seal a box and rush off to post office: they may not be the right ones to take it to its second or third stage. As you grow – we’ve got 45 people now – you have totally different needs.

Also, before you start doing any of the cool things like marketing or packaging, be damn sure the sales are coming in. Be aware of your financials. You might want to be creative and fun, but unless you know how much money you’ve got, how much you owe and how much you’re making on your products, you’ll never succeed. I know those things every day. 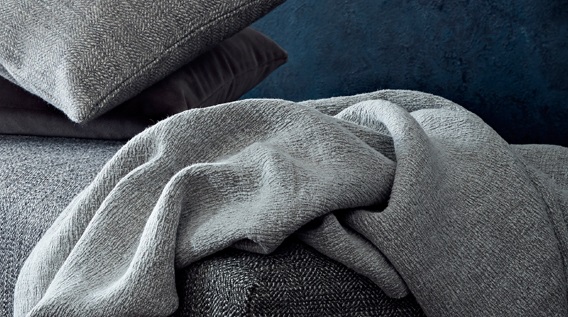 How did you fund de Le Cuona?

It was totally self-funded. I never even used an overdraft. It was literally selling something, investing the money from that in something else and selling that.

Doesn’t that create cash-flow issues? Fashion’s rife with them.

Inventory is a very important part of the business. We carry over £1m of stock at any one time, just in our UK warehouse. If it doesn’t sell, there’s very little you can do with it, so we developed systems to make it obvious to our procurement people what’s selling and how long it takes to sell.

What’s next for your business?

We’re opening a big store in Pimlico next year that’s much more tailored to end users. I’m taking a chance opening a physical store when retailers are closing down, but it’s about building the brand. It connects to inventory again. If an interior designer calls and I haven’t got the stock they want, then that’s it, I’ve lost the trade. If it happens twice, they’ll never come back. So I have to make sure the brand is out there so the end clients know about us and request us.

Also Brexit is a huge deal because we produce all our products in Europe. The fall in the pound immediately affected us, though luckily we also sell in Europe too - we have plans to up our sales there. The minute the vote came in, we made plans to open a warehouse in Europe, but the big problem is the indecision: if we knew, one way or the other, we’d know what we’ve got to do.