A few years ago it looked like the 'digital revolution' could spell the end of the high street. But now the tech industry is turning its innovative eye to bricks and mortar retail. MT visited Microsoft's Retail Experience Centre, a full-sized replica shopping centre near its Washington state headquarters, to see what the tech giant has been working on.

Beacons are small low-energy devices that use Bluetooth to detect when another device – like a smartphone – is within a certain distance of them. One application for this could be to cut down on queues. Say you're about to leave for work and you want to buy a coffee on the way. Rather than waiting until you get there, you could order it on your phone – but what if you're delayed on the way?

'When I get close to the store, my phone sees that I’m in proximity of [the beacon] and pushes my coffee order to the barista,' says Marty Ramos, Microsoft's CTO for retail services. 'So the thought is, by the time I park my car and walk in the store, my cup of coffee is fresh and hot on the counter.'

Understanding how customers behave is one of the most important pieces of information a retailer can get hold of. While this might normally be as simple as analysing people's purchase history, retailers are also interested in how customers physically behave in their shops. One way is to use the beacons. 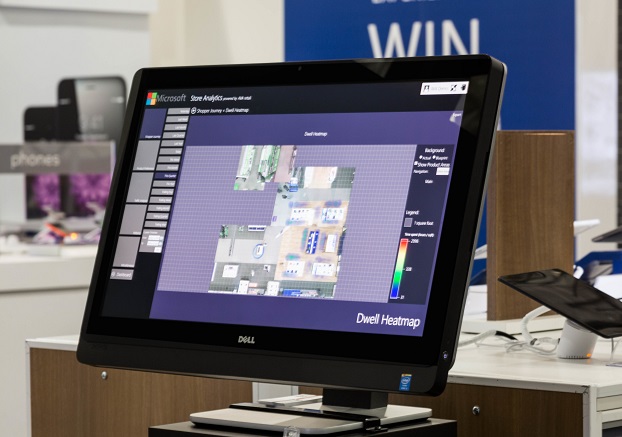 'We can use beacons to pull up info about a shopper that enters the store,' says Ramos. 'We can see who’s in my store, and in fact if you look you can see how long they’ve been in my store, and whether they’ve been helped.' There's a big tranche of data a sales assistant could pull up about the customers to help them make a sale – including what they've been looking at on the retailer's website, and any special offers that are likely to interest them as a result.

That might seem intrusive, but using this kind of technology would obviously require the buy-in of customers themselves. If retailers just want to analyse the way customers behave in their store they can use cameras to do so. In fact Microsoft's managed to turn its Kinect – once just a videogame accessory for the Xbox – into a way of mapping the busiest and less popular parts of a store. 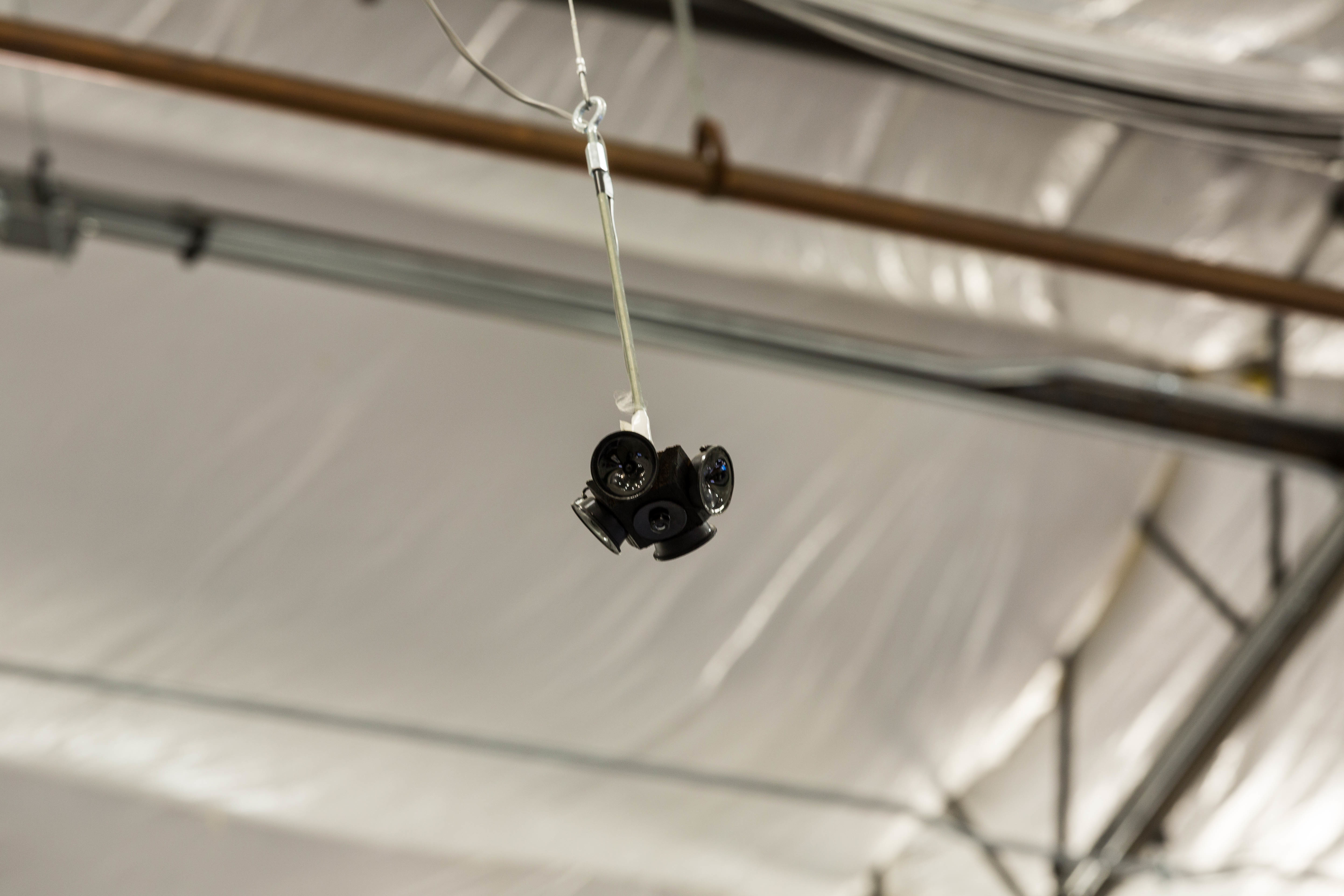 As retailers have looked to cut costs, many have reduced the number of staff working in their shops. That might be fine 90% of the time, but what if a customer needs in-depth advice about a product?

'Oftentimes from a retail labour perspective, we can’t put deep level experts into every store,' says O'Meara. Instead, Microsoft wants retailers to use video conferencing stations, where customers can scan a product's barcode and be connected by Skype to an expert who could be at another store, in a national call centre, or on the other side of the world.

Facebook and Microsoft have been pouring a lot of money and effort into virtual and augmented reality – the latter with its much-touted Hololens. There's a lot of scope to use this kind of technology in retail.

'In a make-up store, you can't just try on lots of different make-up,' says Ramos. Microsoft's solution? An augmented reality screen that lets you try it on virtually. It might not let you see and feel exactly what it's like in real life, but it could save a lot of time. 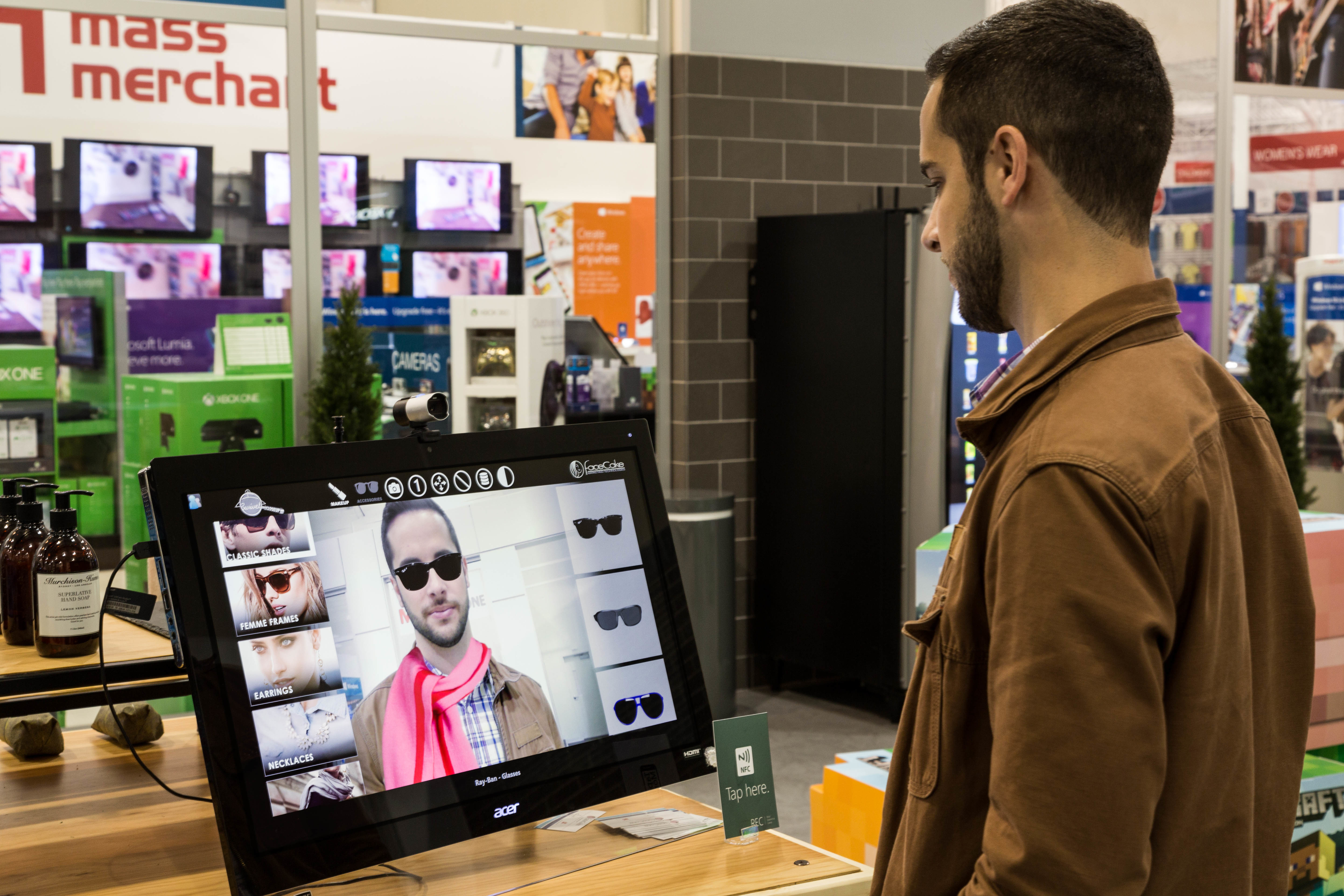 This tech could also be used in interactive billboards – which combine your image with a product to get you to picture yourself with it. 'It’s a fun way to create an immersive experience,' says Brendan O'Meara, Microsoft's MD for retail.  'It’s much more likely to get your attention.' 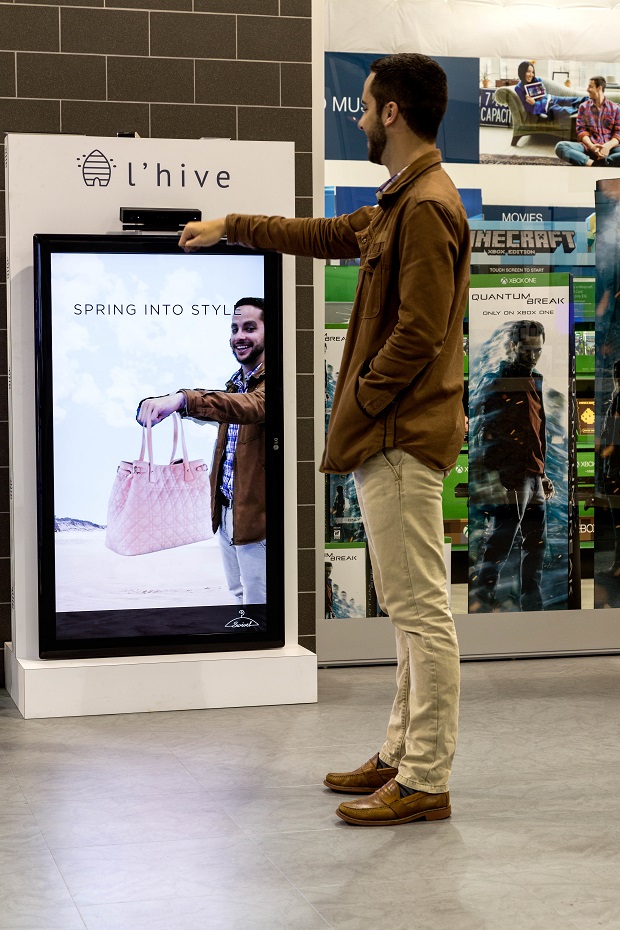 People are beginning to gain trust in using smartphones to do their banking and online shopping. But while near-field communication (NFC) tech is now included as standard on many mobile phones, it's not quite got to the stage that people routinely use it to pay for things.

'How do we take advantage of the fact that really the customer is carrying around their own [payment] kiosk in their hand that I didn’t have to pay for as a retailer?' says O'Meara. Microsoft suggests that customers could pay for things simply by tapping their phone on a shelf next to a product. That might seem open to abuse from thieves, but then the same could be said of self-checkouts and that's not stopped retailers making use of them.

'We see the next iteration of [NFC] is let me tap the shelf to get more information about that product,' adds Ramos. By tapping on a marker in the mocked-up games store he brings up a trailer for a game and is also offered a tailored special offer price.

Not all of the tech is mindblowing (Dan Wagner's Buyapowa has been working on beacons for a good while and augmented reality startup Blippar launched in 2011) - and in fact some of it might be a little creepy – but it seems likely that this technology could reshape how stores work in the next few years.