Qatari consortium reportedly close to a deal valuing the motorsport at $8.5bn (£5.5bn). But don’t wave the chequered flag just yet – there’s still plenty that could cause a sale to crash.

Stephen Ross, who owns the Miami Dolphins American football team, has ‘shaken hands’ on a potential deal with CVC, the private equity firm that owns a 35.5% controlling stake in F1, according to the FT. The 75-year-old property magnate’s interest in the sport first surfaced in June.

But the US-Qatari group led by Ross has apparently only just started due diligence and also needs to stump up more cash. ‘Everything could still fall apart,’ a source ‘with knowledge of the negotiations’ told the FT.

CVC has been trying to rid itself of the sport for years, failing twice to float it in 2012 and 2013. Indeed, someone ‘close’ to the company insisted, ‘There is no deal, handshake or otherwise.’

One roadblock has been the vice-like grip of F1’s chief executive Bernie Ecclestone, who has run the sport since the 1970s. The 84-year-old said he had met Ross in London last weekend (before Miami Dolphins played in Wembley Stadium) and was pretty chipper about his fellow billionaire.

‘He had a non-disclosure agreement. So we talked about American football,’ he told the FT (MT is sure the conversation only focused on one sport). ‘I like him, he is one of us. He can help us and I would be happy to have him [as F1’s owner].’ 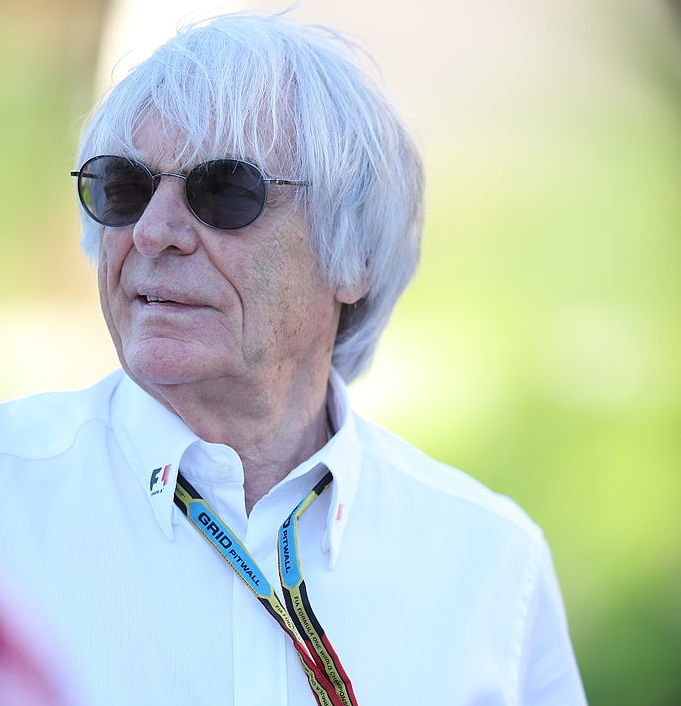 Then again, Ecclestone also made positive noises about the possibility of Paul Walsh becoming F1 executive chairman, which CVC saw as a way to rein in the increasingly cantankerous billionaire. But no one edges the kingpin out of poll position and he handily outmaneouvered the former Diageo boss.

The billionaire also told a conference earlier this week there were ‘three parties’ interested in buying F1, which he said he expected to be sold by the end of the year. That could all be hot air, though, as is Ecclestone’s wont.

Sources did tell the FT Ross wants Ecclestone to stay in charge of F1’s day-to-day running. But, whether true or not, he’d have to say that to have any chance of winning over the motorsport magnate. And even though there appears to be both a willing buyer and seller, there’s every chance this deal could still be driven off the road.