In March 2011, Lord Davies of Abersoch published his first Government-backed report on women on boards, with the target of doubling the percentage of female FTSE 100 directors from 12.5% to 25% by 2015. Four years later, that figure is 23.5% and set to hit a quarter by the end of the year. But, forgive the cliché, far more still needs to be done.

There is no doubt that, as business secretary Vince Cable triumphantly put it, ‘FTSE 100 boards have made enormous progress.’ There was scepticism over whether companies would get their act together without the stick of Norwegian-style quotas to harry them along, but the FTSE 100 is just 17 female directors shy of hitting its 25% target by the end of the year. There are also now no male-only boards, according to Cranfield School of Management, which crunched the numbers. 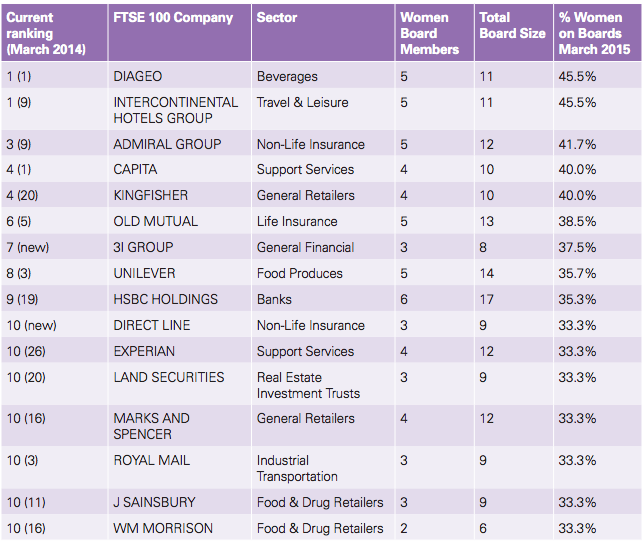