In a world where social media is, well, everywhere, you’d expect the FTSE 100 to be chirping away too. But 10 of the UK's largest listed companies aren’t on Twitter at all and six that are have never tweeted.

Burberry, meanwhile, puts everyone else to shame, with more than 3.1 million followers, according to the report by comms agency Battenhall. Its closest rival is Coca Cola with 2.66 million (although it’s a bottling company, not the main US-listed drinks giant, on the FTSE 100, which the report doesn’t take into account), followed by ITV, which has a mere 537,000 followers.

While many of Britain’s biggest companies aren’t consumer facing, investors are increasingly taking to social media – 40% of institutional investors look there for information and opinions about company results, according to a report by FTI consulting earlier this year.

So although there are obviously risks to being more public and approachable with communication, it is still baffling that companies including Primark owner Associated British Foods and Aberdeen Asset Management don’t have accounts (although Aberdeen’s senior management do tweet - chief exec Martin Gilbert, for one, doesn't shy away from publicity).

And companies including miners BHP Billiton and Glencore Xstrata appear to have protected accounts with zero tweets (if they are indeed real profiles). BHP has the grand total of one follower. 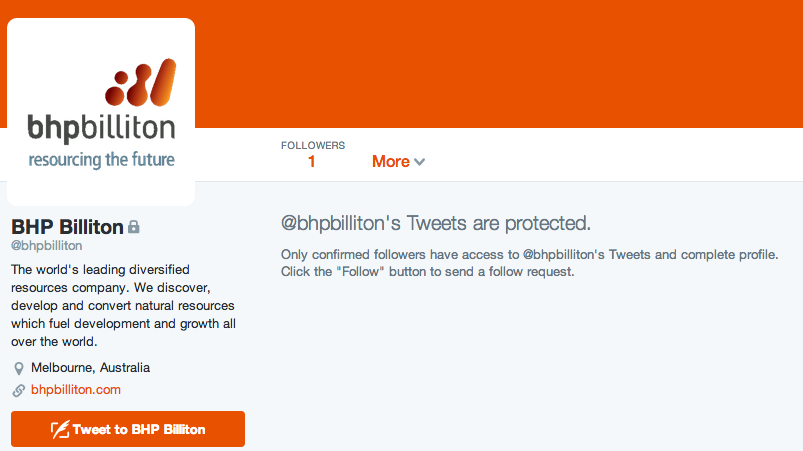 Here are the FTSE 100 Twitterati 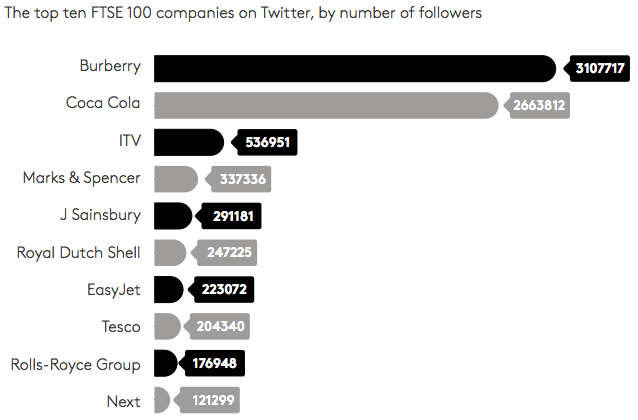 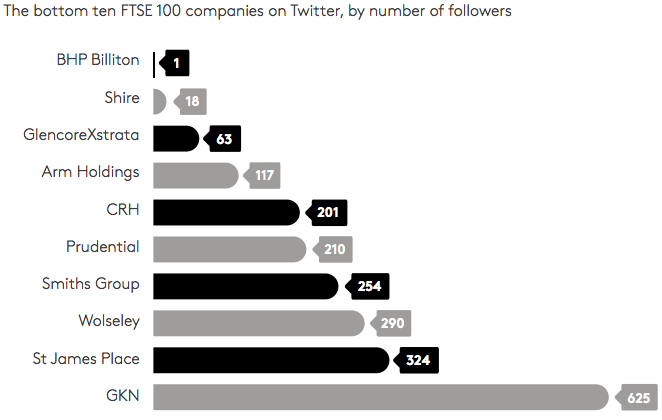