G4S has been hit by an elaborate hoax, claiming its chief financial officer Himanshu Raja had been ‘terminated’ and its 2013 and first-half 2014 accounts had been ‘overstated’ by £386m, on the same day the FTSE 100 outsourcer released an upbeat trading statement.

A fake press release was posted on G4S-plc.com, a website which appeared to be exactly the same as G4S.com in every other way. It was also emailed to a number of business journalists and investors. The website has now been taken down and a spokesperson confirmed it wasn’t real. 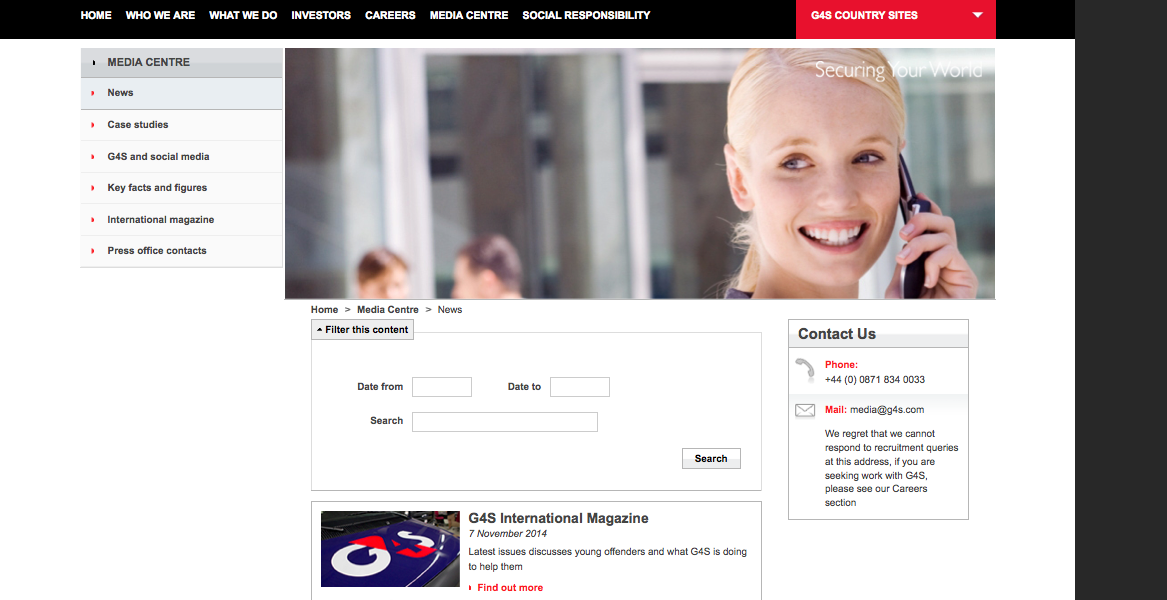 The release was riddled with some pretty glaring typos, including a made-up quote from chief exec Ashley Almanza that included the phrase ‘our costumers and employees’. Raja, meanwhile, was on a conference call with analysts when the fake release was sent out. However, some journalists, including from the Evening Standard and Daily Mail, initially thought it was real.

A phone number posted on the fake site rang through to an automated message saying the press office was unable to take the call, but that they would ‘return your call as soon as possible’. MT’s call was not returned.

G4S shares had risen as much as 5% this morning after reporting organic revenue growth of 4.2% for the nine months to September 30th. They suffered a small dip around 3.30pm when the release was sent out.

There is currently no word on who created the hoax or why.

Fake #G4S website appears to have be registered two weeks ago, seems to link to Dutch address, hosted on South African server

G4S released a statement to the investors area of its website, stating, 'We have been made aware of a fraudulent web site and press release purporting to be from G4S plc which has been released to members of the media this afternoon. The website and the announcement contain wholly inaccurate information.

'Please note that all official statements by the company are made via a Regulatory Information Service and are available on this web site.  Any statements made through other means should be treated with caution and may well be fraudulent.'