Apparently unsatisfied with bland Powerpoint slides with black text on a white background, big corporates are increasingly making efforts to crowbar their customer-friendly branding into investor presentations. Ladbrokes is no different and today it deployed the lads to tell shareholders all about its half-year results. 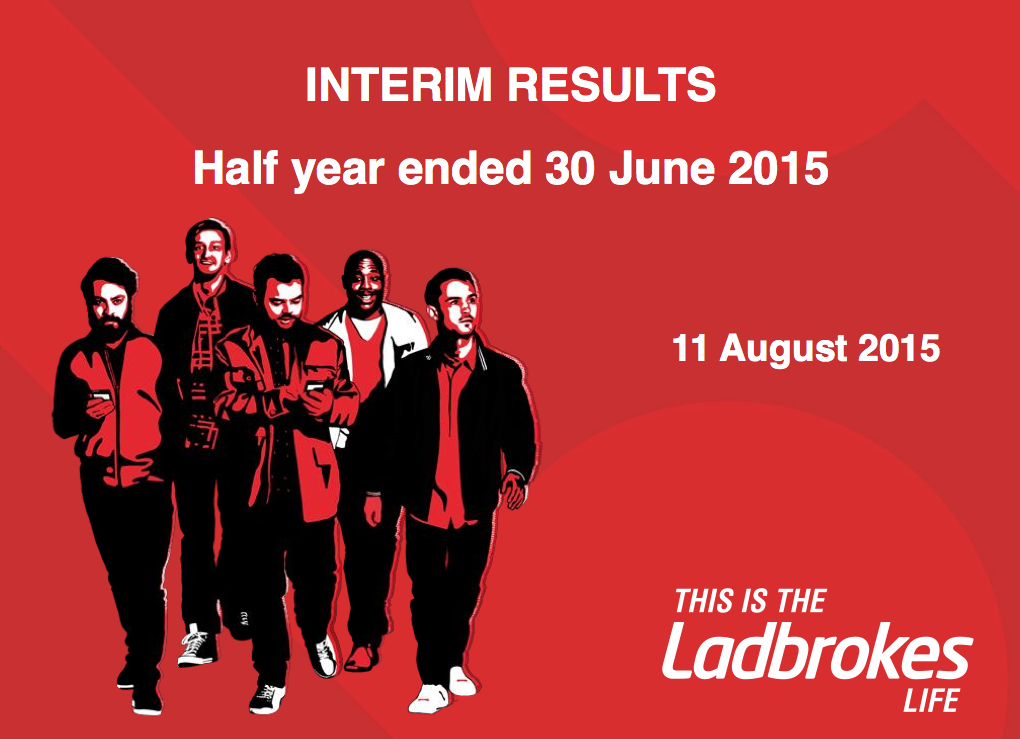 Ladbrokes' interim results presentation is more colourful than most

It’s not surprising to see two of the characters fiddling away on their smartphones, given the way the gambling industry is going - something that’s reflected in the bookmaker’s financials. Though revenues from its UK stores in the six months to June were up 1.2% (and 3.2% if you strip out the impact of last year’s World Cup), digital revenues leapt by 6.9%.

This change in customer habits has weighed heavily on the company’s performance, and in February it announced plans to shutter 60 stores this year. In these latest results it anounced a £51.8m write-down in the value of its shops and a £17.1m spend on closing shops in the period. That forced it to declare a pre-tax loss of £51.4m, compared with a £23.7m profit in the same period of last year.

At least the company's management aren't blind to the problems it faces though. It's been spending money on improving its digital platforms and last month announced plans for a merger with Gala Coral in a bid to compete with online-only competitors like Betfair.

‘Our first half results reflect the challenge facing Ladbrokes,’ said chief executive Jim Mullen. ‘While we have some encouraging customer trends, we need to reset the business and invest. The results clearly show why we need to change and why we need to do so quickly.’ Better step to it before the lads abandon the High Street for good.

8 hours ago
Food for thought