There's only one watch anyone's talking 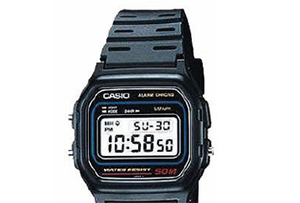 about  right now, the Casio W-59-1VQES. Alongside its backlight and stopwatch functions, this LCD-screened beauty can tell the time - from anywhere in the world. So what if your smartwatch can understand Swahili or beat you at chess. This one is water resistant to 50 metres and the battery lasts seven years rather than three hours. It's also 20 times cheaper than an Apple Watch is expected to be, which doesn't hurt. Rating: 3/3 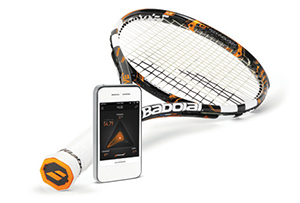 As Andy Murray will tell you, losing tennis matches  hurts. If you're looking for an on-court edge, this smart racquet may help. Just open the app for an analysis of your strokes' power and spin. Sadly, it can't make you play like Novak Djokovic, but at least it can tell you how much worse you are than him. Good for regular players looking for an edge, but not really worth the extra cost over a normal racquet unless you use it a lot. Rating: 1/3

With battery lives what they are, a borrowed 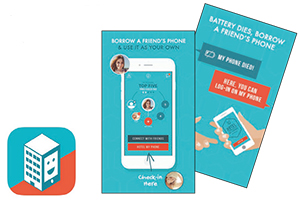 phone can be a lifeline, but it doesn't help if no one will pick up or you've somehow forgotten your third cousin's mobile number. This oddly named app lets you map your number, history, contact details and messages onto a friend's phone. Outgoing calls will appear to come from your number and all calls to your phone will be temporarily redirected. Handy if you're on a trip with trusted colleagues. Rating: 2/3

If you can never seem to get your pores 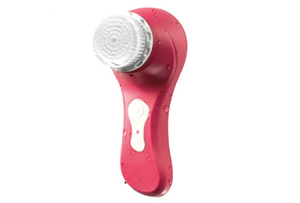 clean, maybe it's time to stop scrubbing and enlist the help of some 21st-century technology. At 10,000 oscillations a minute, this exfoliating brush will turn a chimney sweep into a cherub in one minute flat. That may sound painful, but it's gentler than handwashing - so long as you don't press too hard. It's useful if you need to take off your makeup in a hurry too. Apparently. Rating: 2/3