The official gender pay gap statistics are out and the news is that nothing much has happened. In other words, the gap is going nowhere fast.

The total gap in median hourly pay is unchanged since last year, at 19.2%, according to the Office for National Statistics’ Annual Survey of Hours and Earnings. For full-time workers, it stands at 9.4%, a record low but only 0.2% less than last year.

Of course, the devil is in the details. It’s not as simple as men being paid more than women (the ONS emphatically said ‘the figures do not show differences in rates of pay for comparable jobs’). Nor is it just that women fall off the career ladder when they have children, as one might assume from this chart showing the gap in full-time earnings only starting to open up when people reach their 40s. 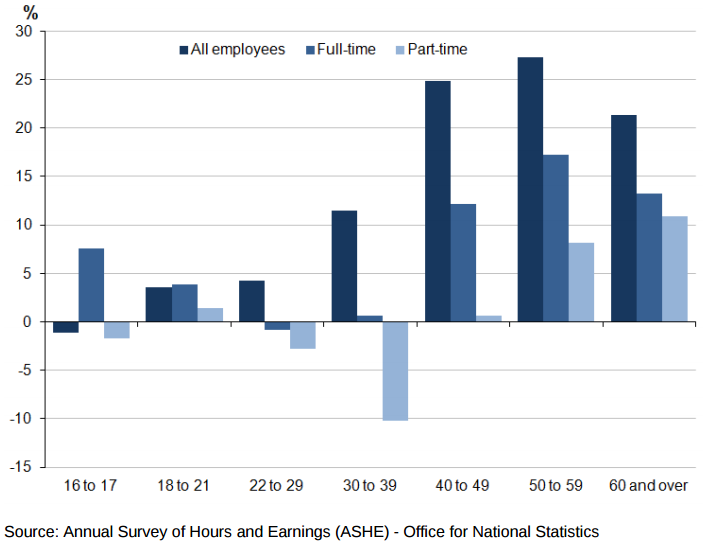 For example, the gap is lowest in areas like admin, caring and customer service, which tend to employ more women, and highest in male-dominated ‘skilled trades’ and factory jobs. Clearly, where there's a female minority they are less. The question is why - do women not get promoted in 'male' occupations? And are those industries less welcoming to part-time and/or flexible working that women often favour to balance work and family? 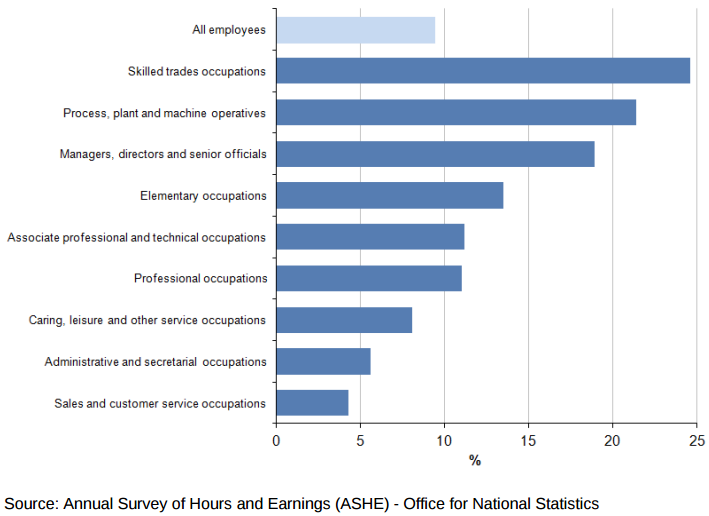 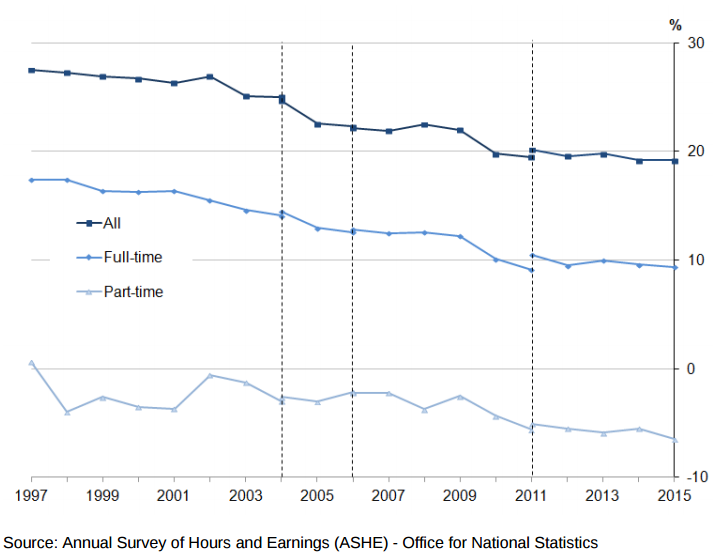 One would assume, then, that the 11% of men who work part-time are concentrated in lower-earning jobs than the 41% of women who do. Nonetheless, women still account for 60% of people earning less than the living wage.

The gender pay gap is not as simple as it looks, so neither is addressing it. With the government due to make companies with more than 250 staff report their own gap, there will be more information to properly analyse what’s really going on and why. Then we can really start levelling the playing field.