Until lunchtime, I'm basically prehistoric man. I run 8.5km to work from my home in Clapham, then eat almonds and pistachios from Holland & Barratt. It does mean my colleagues have to endure the first couple of meetings with me all sweaty, but if I wasn't able to do some physical exercise every day, it would really undermine my wellbeing. For my gear I go to Run and Become, which is owned by Buddhists, but I get most of my clothes from TK Maxx. 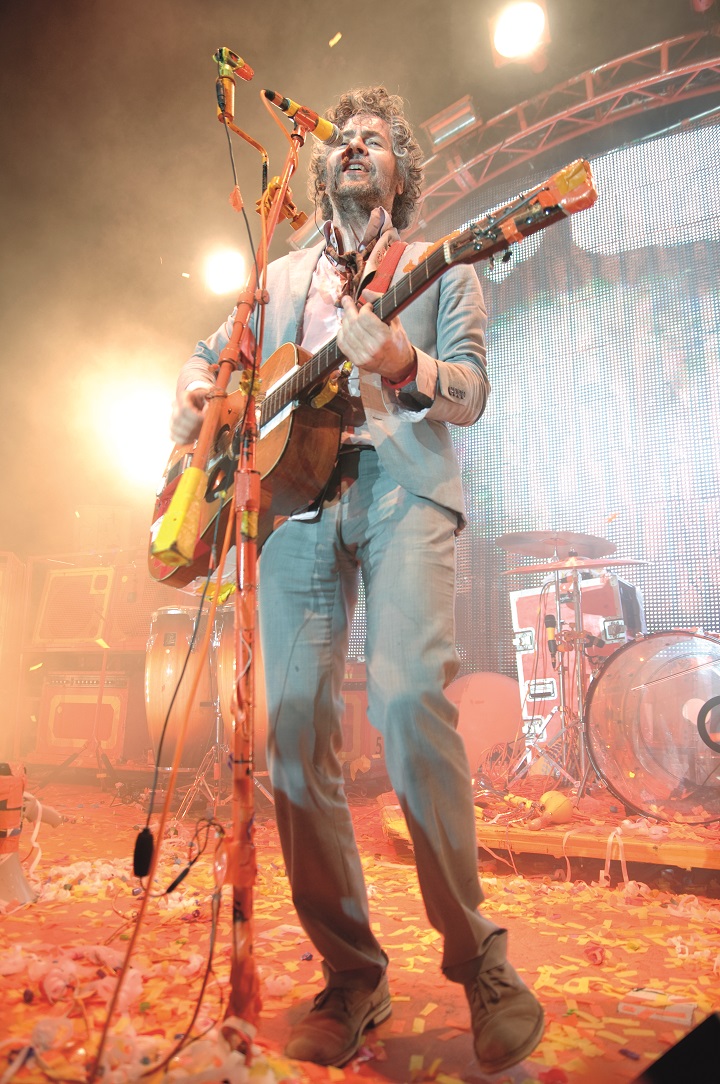 I'll always come back to Dylan, the Stones and Elvis Costello, but every year I spend at least two months listening to the bands that play at the Wilderness Festival, where I chair some events in exchange for free glamping. Last year I became a great Flaming Lips fan. I play guitar myself, very badly, for 15 minutes a day. It's the closest I can get to mindfulness, an activity utterly without purpose because I'm so inept.

I've only been to see West Bromwich Albion once in the past season. I've become such a curse on the team. I think I've seen them win only once in 15 games. I do miss hanging out with my mates Adrian Chiles and Frank Skinner though. One of my adult sons plays professional football for Houston Dynamo and the other is hopefully on his way, but I don't really play. At my grammar school Emanuel, which I hated, football was considered a horrible working-class sport.

What I learned standing as a Labour Party candidate in 1992 is that you shouldn't battle with vested interests, just try to create an alternative. What I learned working with Tony Blair is just how hard change is. Politics is the art of pursuing your values in the context of the realities you face. I worry that the modern Labour Party, although very effective as a campaigning organisation, can seem to be more about pursuing its values regardless of those realities.

My father (sociologist Laurie Taylor) once said he didn't know what he thought until he heard himself say it. I'm a bit like that. I like to read the London Review of Books or The New Yorker in an evening, but by the time I've cooked and told my daughter a story it's 8.30pm. Despite my best endeavours, it's on with the Netflix. I binge like everyone else, most recently on American Crime Story: The People v OJ Simpson.

I try to eat healthily, but when I find a recipe I like, I cook it too often and get bored. The other week it was this spicy fish stew. When you've had a beast of a day though, sometimes you just want sausage and mash.

My two weeks in a villa with a swimming pool, families and loads of kids having a great time. It could be Italy, France, Spain. I've become an expert in knowing exactly where to book. The pool has to be a certain length and a critical factor is that you can walk to a bar or a shop. There's quite an art to it.

Matthew Taylor is chief executive of the RSA and chair of the employment pratices review.

By Éilis Cronin
15 hours ago
SMEs

By Paul Simpson
16 hours ago
Innovation