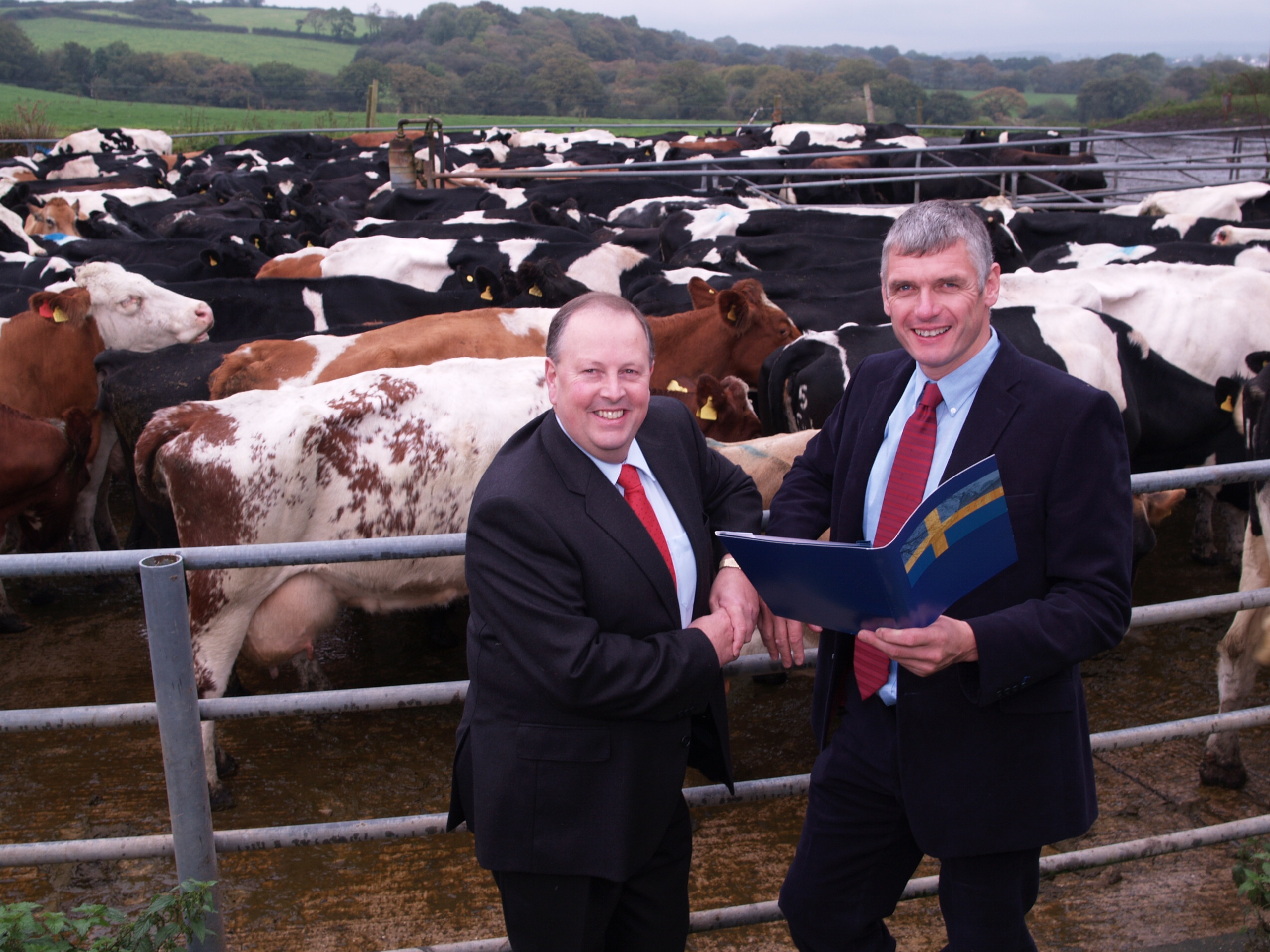 Three middle-aged Welsh men pose for photos outside a pair of Swedish apartment blocks. The steely grey skies and insistent rain are not a world away from Wales, but the clean utilitarian architecture surrounded by neat pine trees are not what you would expect to find among the milking pens and muddy fields on the farms two of them call home.

Yet Pembrokeshire dairy farmers Bill Ridge and Nigel Evans and tax accountant Huw Evans (no relation to Nigel) will soon own the keys to the 152 student flats they're grinning awkwardly in front of. The three have been investing in Sweden like this since 2005, when they formed property investor Evanridge, and have since made returns of more than 12% per year on a portfolio of residential and commercial property now worth around £18m.

Evanridge’s first two funds, set up in 2006 and 2007, own 370 apartments and eight commercial buildings in Swedish cities Trollhättan and Vänersborg and now have £10.6m equity between them from 111 investors, around three quarters of whom are family and friends (and fellow farmers).

Despite its notoriously high living costs, the Evanridge contingent insist Sweden is a sound investment.

The residential rental market is highly regulated – rents are negotiated each year between the government and a landlords’ association, and rise just 2-3% annually, close to the rate of inflation. The regulated rents are currently pegged between similar buildings and, frustratingly for some landlords, ignore location. However, Evanridge markets itself on what has been a steady, predictable income stream resulting from the state-controlled market.

Meanwhile, property values are around 80% of what would be needed to build them, as construction costs have outpaced overall price rises. That has led to a shortage of apartments in good locations for the 60-65% of Swedes who rent (compared to 57% of Germans, while around 36% of British households are renters), meaning owners can be picky about who they rent to.

Finding reliable tenants is also helped by good old Scandinavian transparency - no hiding of dodgy credit histories here. In contrast, Huw and Nigel Evans say they have ‘infinitely more hassle’ from their buy-to-lets in the Welsh town of Port Talbot.

Nigel Evans first swapped milk yields for property yields when he realised his parents’ pensions were delivering low returns, eaten away by high fees. ‘My wife and I stopped paying into pensions 20 odd years ago - we just decided to take control of our financial futures,’ he says.

In 1997 he met Ridge at a business discussion group for farmers, where they decided to adopt agricultural techniques used in New Zealand that freed up both time and capital for other projects. The two men found they had a common interest in investment and dipped into shares, ‘did a lot of self-education’ and individually bought some Welsh buy-to-lets.

From learning about investment, ‘came this approach to property that saw us being able to use it as a way of building lots of capital up tax-efficiently,’ says Nigel Evans. 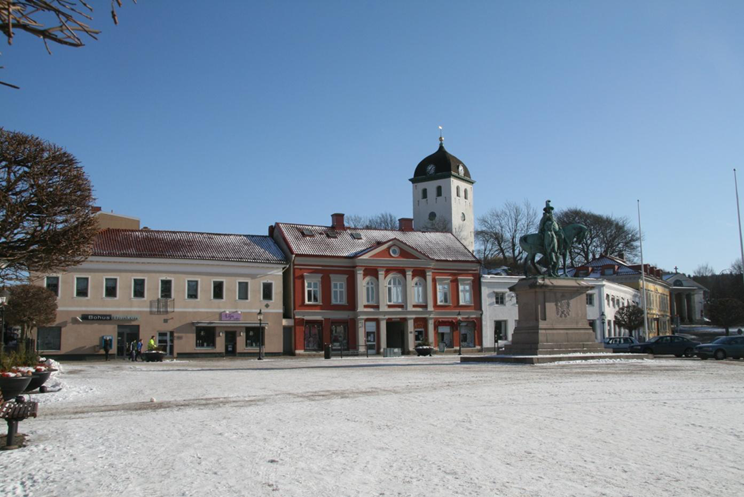 They haven’t let their farms go completely out to pasture, though. Ridge is ‘still involved with the farm, but I can step off at any time'. He has a herd of 600 cows and, at 51, is in training for his second Iron Man (a 2.4 mile swim, followed by a 112 mile bike ride and finished up with a marathon).

‘If you can walk off the farm for a month and it carries on, then you’ve pretty much got where you want to be.’

Fellow farmers became interested in getting a slice of the men’s property pie and they realised they needed more specific financial expertise, bringing in former tax inspector Huw Evans, who formed Evanridge with them in 2005. Having got a taste for investment in the UK, the three decided to investigate opportunities on the continent.

‘[At first] we jumped on a plane from Cardiff and went to Poland, Romania and Lithuania,’ Ridge says. But they were too risky for the three men’s liking. Nigel Evans recounts meeting Lithuania’s prime minister with the ambassadors of the UK and Ireland and being told, ‘I can make it all go away’.

Sweden, by contrast, is the third-least corrupt country in the world, according to Transparency International’s Corruption Perceptions Index. The three friends had thought the Nordic nation would be too expensive, but made the trip north after a chance meeting in the Baltics with a Norwegian who suggested they take a look. To Evanridge, it was love at first sight.

Luckily for Evanridge, the country rode out the financial crisis relatively unscathed, as Swedish banks had undergone stabilising reforms following an economic crash in the 90s. ‘Our crystal balls were no better than anyone else’s... we didn’t realise the financial structure of Swedish banks were so important,’ says Nigel Evans.

Economists have warned of a potential housing bubble in Sweden, where apartment and house prices rose 11% and 5% respectively in 2013, according to Svensk Maeklarstatistik, a property researcher. But Evanridge claims any bubble is limited to owner-occupied housing in the capital Stockholm, which accounts for 34% of the country’s property market.

Which is why the company has concentrated on a trio of small cities in south western Sweden within commuting distance of Sweden’s second metropolis Gothenburg: Trollhättan, which has a population of 56,000 and is home to GKN Aerospace, Saab and half of Sweden’s feature films, and the neighbouring cities of Vänersborg and Uddevalla. 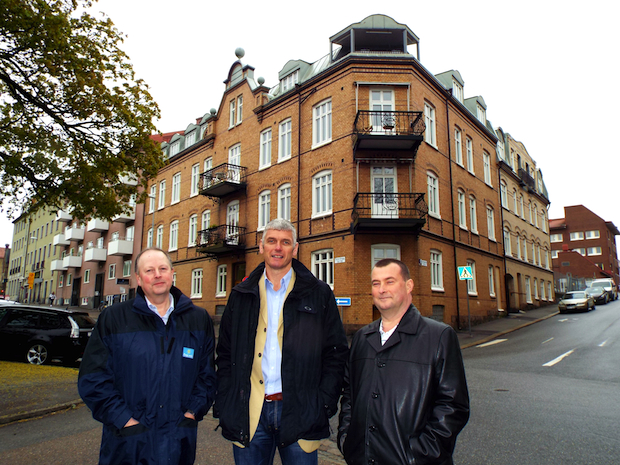 Nigel Evans, Bill Ridge & Huw Evans in front of an apartment block they own in Trollhättan. Credit: Kate Astley

To put that in context, rental yields averaged 4.8% in bubbly greater London and 5.5% across the whole of the UK in the second half of 2013, according to specialist buy-to-let lender BM Solutions. In Berlin, yields ranged from 3.5% to 4.8% in the first half of 2013, according to property agents Berlin Capital Investments (property is still relatively cheap in the formerly divided city, but Germany, like Sweden, is a country of tenants).

Viewed from car windows through pouring rain, the properties we see - a small factory where a company customises cars to make them fit for the Swedish king, a warehouse on an out-of-town industrial estate and an early 20th century set of apartments overlooking Trollhättan’s main canal - are not exactly prepossessing.

Trollhättan and its two neighbours are decidedly small-town. A blue-collar city, where hydropower on its canals fuelled industrialisation a century ago, the city's centre is a cluster of low-rise, cobbled streets, while brightly-painted wooden chocolate box houses line the hillside on the wealthier side of the main canal and its huge dams and locks.

However, the three cities have potential - Saab has started making cars again two years after going bankrupt, a new motorway and improved rail links have cut commuting times to Gothenburg, and Trollhättan was awarded best student city last year by Sweden’s national students union. What appears to be a relatively safe investment destination with room to grow seems to fit with Evanridge’s philosophy, which the three friends like to repeat regularly: a ‘steady income stream’ and no speculation.

Unsurprisingly, with that mantra, they are all self-confessed fans of Warren Buffett. Following in the footsteps of the world’s third-wealthiest man, Evanridge tries to ‘have a simple strategy and execute it well’, says Nigel Evans, the most talkative of the three partners, who has met the Sage of Omaha twice at his yearly evangelisings in Nebraska. For example, they don’t charge investors upfront fees, but take a cut once everyone has been paid back.

Evanridge is currently selling off its first portfolio as it winds up its first two funds and recruits investors for a new one. The third fund will invest £10m in 200 apartments and four commercial properties in the third city, Uddevalla, which has a population of around 50,000.

One of three adjoining buildings they own on Uddevalla’s main square is home to Danske Bank which, very conveniently, has also loaned capital to Evanridge. ‘When we signed the contract I said it’s the first time I’ve walked out of a bank and I own the place,’ quips Huw Evans, as steady rain confines us once more to peering at the properties through a car window.

Evanridge is again targeting yearly returns of at least 12% and so far the fund has just under £3.9m equity and 50 investors. Another 30-40 ‘would be nice’, Huw Evans says: the minimum investment is £25,000 for the fund’s seven-year life.

If Sweden’s property market doesn’t bubble over, or if Trollhättan and its neighbours can avoid the after-effects of any price crash in Stockholm, Evanridge looks set to repeat the success of its first investments. Welsh cows and Swedish apartments might not be such strange bedfellows after all.

Rachel Savage visited Sweden as a guest of Evanridge.