Greece's 'cool professor' finance minister Yanis Varoufakis has a tough job ahead of him tonight. After he fights off swooning anti-austerity admirers in Brussels, he'll have to present proposals to resolve Greece's latest debt crisis to a rather less admiring crowd of rather less cool European finance ministers, led by the positively icy German Wolfgang Schäuble.

The proposals will be hard to swallow. They involve swapping €195bn (£146bn) of debt to Eurozone countries with bonds tied to economic growth that might never happen, and converting €27bn of debt to the European Central Bank (ECB) to perpetual bonds that will never be repaid.

They also involve slashing the budget surplus to 1.5% from the 3% and 4.5% targets for the next two years set by the 'troika' of creditors (the ECB, International Monetary Fund and Eurozone), trashing 70% of the troika's imposed reforms and, for good measure, ditching the concept of the troika altogether. 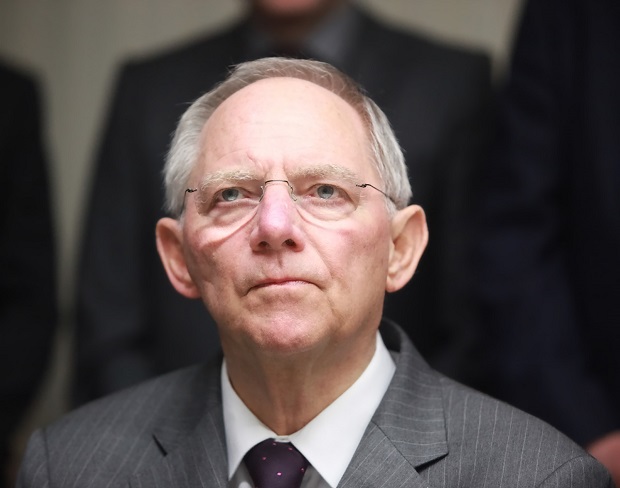 While Schäuble is gagging on Germany's collective indignation, Varoufakis' colleagues back in Athens have been providing some additional food for thought, by getting cosy with Europe's favourite neighbour, Russia.

'There have been proposals, offers I would say, from Russia...for economic support, as well as from China, regarding help, investment possibilities,' said Greek deputy foreign minister Nikos Chountis, possibly examining his nails. 'We have not asked for it. It's on the table', he added, stressing of course how a deal with Europe was Greece's preferred option.

'We want a deal,' affirmed defence minister Panos Kammenos. 'But if there is no deal, and if we see that Germany remains rigid and wants to blow Europe apart, then we will have to go to Plan B... we have other ways of finding money.'

While Vladimir Putin waits patiently for his Valentine's Day card from Syriza, European leaders will surely be wondering whether Greece really could fall into Russia's arms, which is of course part of game theory master Varoufakis' plan. His proposals will seem far more acceptable when compared to Syriza's plan B.

Plan B, of course, isn't really viable. Although Russian foreign minister Sergey Lavrov confirmed his country would consider any economic request as it comes, Russia doesn't exactly have the roubles to lavish Greece with gifts right now. In the event of the Eurozone talks collapsing and Greece leaving the Euro, it can expect little more from Putin than sweet nothings.

Whether the threat will sway Schäuble et al is another matter. Despite all the hard talk from both sides, so long as each can present a compromise as a victory, a deal remains possible. But there's not much time left to make it happen.